Besides South Korea and Japan, the other East Asian powerhouse is China. We will teach you how to say “China” in Korean, as it often comes up in conversations. For that reason, among many others, we’re adding the word “China” to your expanding list of Korean vocabulary! 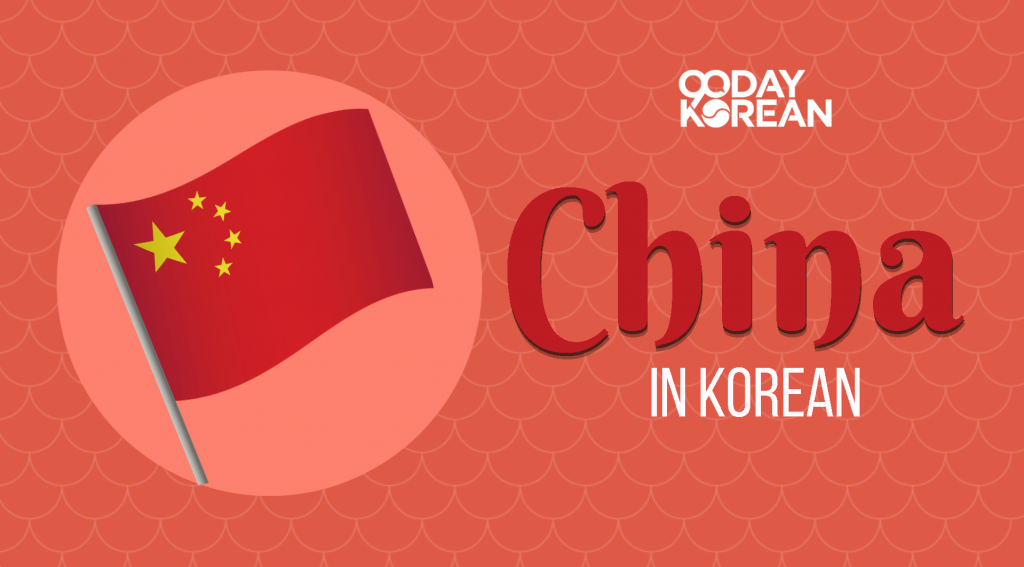 Keep reading, and you’ll finally learn to say “China” in Korean. Are you ready to learn a new word today? If so, then let’s go!

How to say “China” in Korean

So, how to say “China” in Korean? The word to use is 중국 (jungguk). You may not think it is easy to learn and memorize at first, but it’s used by South Koreans so much that if you live in the country, it’ll get stuck in your memory in no time.

If you need help with a mnemonic, imagine that to pay the bills in “June” you decide to work as a “cook.” At what kind of restaurant? A Chinese restaurant, of course!

Did you say you come from China?

When one travels in China, where should they visit?

How to pronounce “China” in Korean

You can say the word for “China” in Korean as 중국 (jungguk). You can listen to the audio below to know how to pronounce it correctly.

Note that the final ㄱ (g/k) sound is soft because it’s at the end of a syllable.

How to say “I am from China” in Korean

If you need to introduce yourself and express that you’re from China, you can say 저는 중국에서 왔어요 (jeoneun junggugeseo wasseoyo) which means “I am from China.”

How do you say “Chinese” in Korean?

Chinese people are referred to as 중국인 (jungkukin) or 중국 사람 (jungkuk saram) and the Chinese language is 중국어 (jungkukeo) in Korean.

Next, I want to learn Chinese.

My best friend is Chinese.

How do you say “I am Chinese” in Korean?

Vocabulary related to China in Korean

Here are other vocabularies in Korean that are related to China.

*this is the more common way to refer to China’s capital among South Koreans.

And now you know how to say “China” in Korean! It is good to note that most countries, their citizens, and their language are marked with the same suffix in the Korean language.

After you’ve familiarized yourself with Hangeul, life in South Korea will suddenly seem so much easier, and the country won’t appear so foreign to you. So, if you’re serious about learning Korean, why not learn Hangeul today?

That’s it for China in Korean! What country do you wish to learn about next? If you also want to know about the Korean Peninsula, the North Korean and South Korean government, and everything about Korea, you can check out this article! What other words would you like us to teach you? Let us know in the comments below!