Here is a list of some common colors in Korean:

In addition to the different colors in Korean, we’re going to cover some examples and special uses that you’ll definitely want to know. These situations appear in Korean language, culture, music, and everyday life all the time.

Learn a few color words, and you’ll be recognizing and using the Korean language more than you might expect!

Are you ready to brighten your day with Korean colors? Let’s continue! 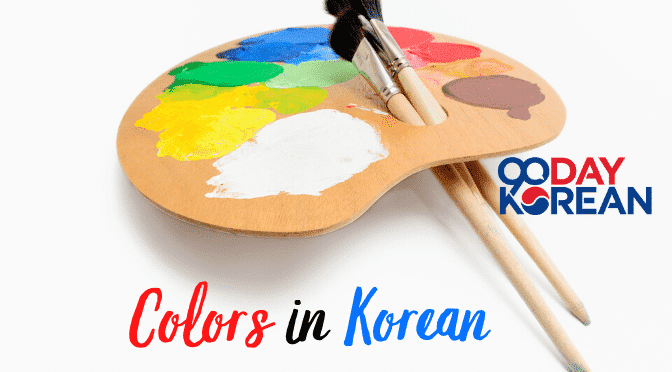 Here is a free PDF guide that you can download to help you learn Korean colors:

This lesson about colors will explain the words and phrases using both Hangeul (Korean Alphabet) and romanized English. If you don’t know Hangeul, you can get a free guide here and learn to read in less than 1 hour. The lesson will help you with learning Korean words easily.

Below is a list of all Korean colors in Hangul. The list contains various shades of Korean color words. Audios are included for each words to help improve your Korean pronunciation too.

Words related to colors are great Korean words to know and incorporate into your plan for learning Korean. To learn essential Korean vocabulary, go here.

How to Pronounce the Colors in Korean

Some of the colors are pronounced differently than they are spelled because of the special Korean pronunciation rules. Knowing these rules will make learning Korean easier.

You can use colors in Korean above in their noun form or as adjective form. These are helpful when describing everything you see daily, from a house to a dress or a book.

Although 빨간색 (ppalgansaek | red) is a noun in the example, it acts as an adjective to describe the color of bicycles.

This is how you’ll commonly see colors in Korean used and is the best way to start learning the Korean language in general. It’s basic and gives you lots of ways to use various colors.

There are 5 special color words in Korean that you may see different forms of. We’re going to cover them below.

Before we get into that, remember that you can still use the Korean colors above. That’s the simplest, best way to start and what we recommend. The next part is helpful because you’ll see these other words for the colors, so it’s better to know why they appear in that form.

The five Korean words for colors below are descriptive verbs (adjectives) that have base forms. Here are the base forms and the adjective form when it’s placed in front of a noun.

Shown below are the ways to say red in Korean with its different uses. As you may know from Korean grammar and conjugation rules, adjectives can come before a noun or at the end of a sentence.

In the second example, the 빨갛다 (ppalgata | red) is conjugated as the sentence’s main descriptive verb (adjective). It’s describing the bicycle’s color.

Most of the words for the colors in Korean aren’t going to have the descriptive verb (adjective) base form. Instead, you’ll just use noun + 색 (saek). Let’s take the color word 초록색 (choroksaek) for “green.” Since you won’t be using it as the main conjugated descriptive verb of the sentence, you’ll only use it for cases 1 and 3 above.

In other words, the Korean word for “red” changes based on how it’s used. In this language, these words exist in their basic adjective verb form:- ㅎ다. In use, is -ㅎ다 (-ㅎ da) is replaced by -ㄴ. The color words that continue to use 색 (saek) do not have such a form.

When should I add the Korean word “색 (saek)” to colors?
If you want to describe things with a specific color, you can attach 색 (saek) with the 이다 (ida) verb. To illustrate clearly how the words for colors work in sentences, check out some examples below. 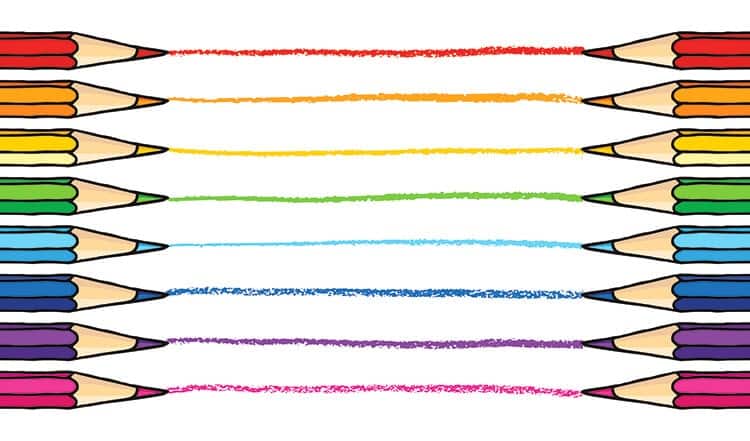 You can often get by just by referring to color as 색 (saek), but it slightly depends on the context.

You’ve now learned that the word for “color” in Korean is 색 (saek). When naming colors in their basic form, you’ll add the word 색 (saek) after the color. It’s important to know 색 (saek), so you can use it with Korean colors. Let’s learn its use with the vocabulary below.

How to say “white” in Korean

The two common ways to say the color white in Korean are 하얀색 (hyayansaek) and 흰색 (huinsaek). You can use them interchangeably. If you want to describe something as white in Korean, you can put those words before a noun.

How to say “black” in Korean

To describe something as black in Korean, you can use any of those three words in front of a noun. For example, you could say the following to talk about a car:

How to say “blue” in Korean

How to say “red” in Korean

The common way to say red in Korean is 빨간색 (ppalgansaek).

How to say “yellow” in Korean

You can say yellow in Korean as 노란색  (noransaek). The color yellow can be associated with a sunflower.

How to say “purple” in Korean

How to say “green” in Korean

The Korean word for green,  초록색 (choroksaek), is used more often. But if you’re referring to light green, you can say it as 연두색 (yeondusaek).

How to say “orange” in Korean

Orange in Korean is 주황색 (juhwangsaek). This term is for the color orange, but there’s a different term for the orange fruit.

How to say “pink” in Korean

The word for pink in Korean is 분홍색 (bunhongsaek). The color pink is used to describe cherry blossom trees.

How to say “brown” in Korean

The Korean word for brown, 갈색 (galsaek), is the commonly used term. However, the translation for dark brown is 밤색 (bamsaek).

How to say “gray” in Korean

One of the neutral colors that you can find almost anywhere is gray. The word for gray in Korean is 회색 (hoesaek).

How to say “rainbow” in Korean

Since we’re talking about colors, the rainbow in Korean is called 무지개 (mujigae).

How to say “silver” in Korean

This is not your common color, but you can say silver in Korean as 은색 (eunsaek).

How to say “gold” in Korean

This is often associated with jewelry and treasures. You can say gold in Korean as 금색 (geumsaek).

How to say “light” in Korean

When we talk about light in Korean in terms of colors, you can say it as 밝은 색 (balgeun saek).

How to say “dark” in Korean

Opposite to light colors, dark in Korean is 어두운 색 (eoduun saek).

You may want to use the example sentences using the Korean colors along with common Korean phrases. The sentences will help you learn Korean since you will learn other parts of Korean grammar, such as Korean particles and markers.

We hope we pleasantly surprised you with this lesson, and you learned many new things about Korean colors! Now it’s time to try your newfound skills in colors to help you learn Korean.

So, tell us: What are your favorite colors in Korean? Are they basic colors like the color red, blue, purple, or basic white? Brown, light green, yellow, and orange? Or maybe you like light blue, gray and pink! Do you like dark colors or pastel colors? If you can’t choose, there’s still the rainbow! Let us know in the comments below, and try to use the colors in Korean vocabulary to make a sentence if you can!

43 replies to "Colors in Korean: Complete list with audio and usage examples"