Countries in Korean – The Complete List of Country Names

In this free lesson, we will cover the full list of countries in Korean.

This list of country names will be extremely valuable when learning the Korean language. If you plan to have conversations in Korean or just learn the language for fun, you will for sure be asked about where you are from. 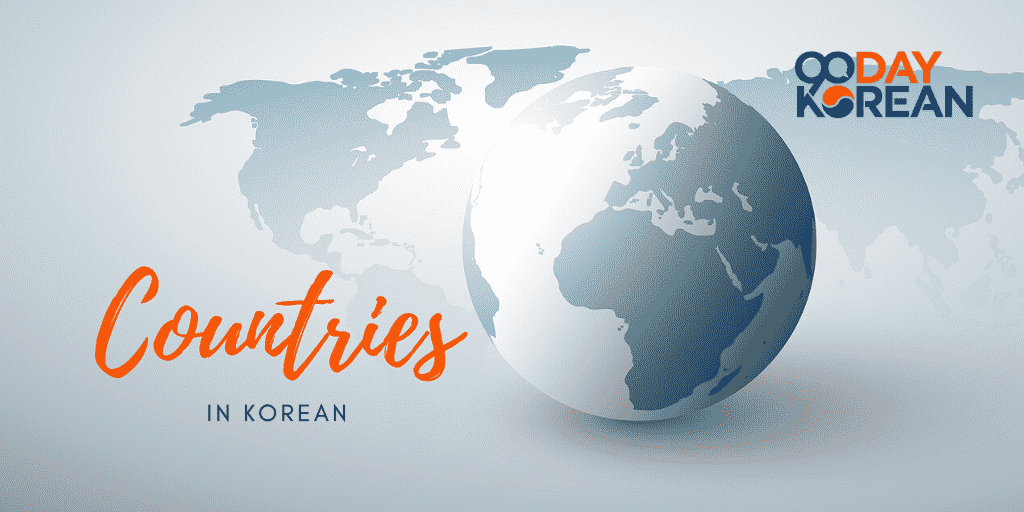 Here is a free PDF guide of these country lists that you can download and take with you:

We’ve already learned how to introduce yourself in Korean. And as you may know through that lesson, as well as your other international experiences, where you come from is often part of the introduction process.

The next time you get asked, you will easily be able to tell your new Korean friends where you’re from in their language. And you’ll also be able to understand when your other international friends tell you in Korean where they’re from! 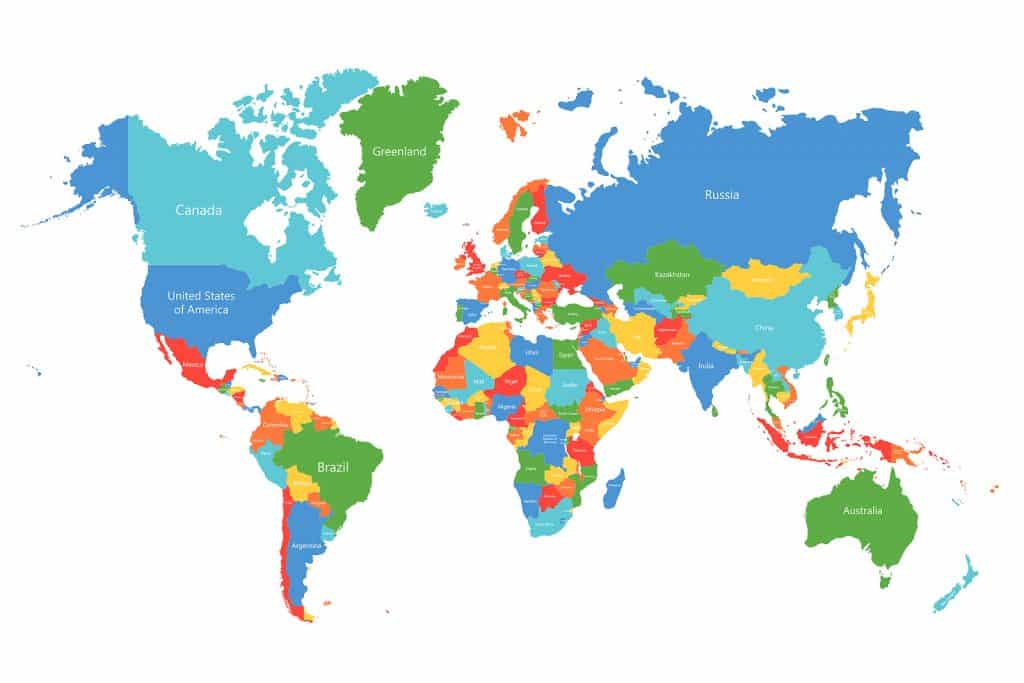 We’ve divided the countries into categories based on the continent. They are listed in alphabetical order in English, with the Korean words next to them.

In many cases, you can express the languages of these countries by adding an 어 (eo) to the end of the country names. For example, the word for Japan is 일본 (ilbon). If you are learning the Japanese language, you are learning 일본어 (ilboneo). 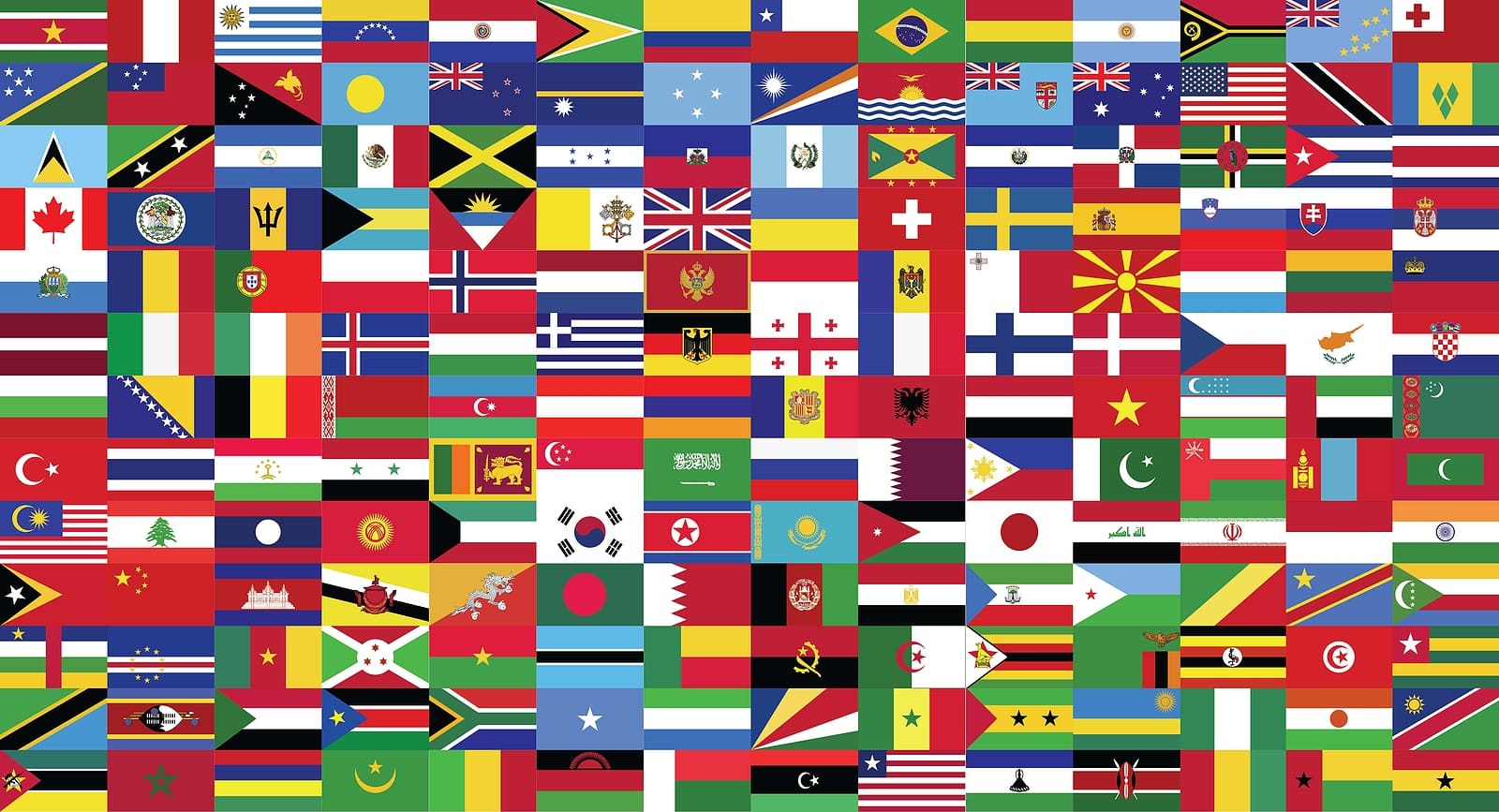 Korea is 한국 (hanguk). If you are learning the Korean language, you’re learning 한국어 (hangugeo). China is 중국 (jungguk), and the Chinese language is 중국어 (junggugeo).

This works in many cases, but not for every country and language.

Here is a list of the Asian country names in Korean.

Korea is 한국 (hanguk) in Korean. The people and the language are both called Korean in English however, there are different Korean words for both.

The people are called 한국인 (hangukin) and 한국 사람 (hanguk saram) while the language is called 한국어 (hangukeo).

The country, Japan is called 일본 (ilbon) in Korean. Japanese people are called 일본인 (ilbonin) and the language is 일본어 (ilboneo).

Here are the African country names in Korean.

Here is how you say the country names of North, Central, and South America in Korean.

USA is expressed as 미국 (miguk) in Korean. Americans are called 미국인 (migukin). The language used in USA is English which is expressed as 영어 (yeongeo) but if you want to say American English, you can say it as 미국 영어 (miguk yeongeo).

Here are the country names of Oceania in Korean. Note that some names may be said in two different ways. For example, Australia can be 호주 (hoju) or 오스트레일리아 (oseuteureillia).

The former is the original Korean version, which is used most of the time. The latter is the spelling of the English version in Korean letters. You are free to use either one.

Now you know the correct vocabulary for the various country names in Korean. These words are a foundational part of the language, so get used to hearing and speaking them. Studying country names is a great way to learn Korean. To give a boost to your vocabulary, we have a list of common English words translated to Korean here.

If your country is missing us from this list, let us know and we will help you. Otherwise, tell us in the comments where you’re from – in Korean! We’d love to know where on the globe you are at.