Dating a Korean Girl – Top meeting tips you should know

Need some tips for dating a Korean girl? You’ve come to the right spot, as we’ve got some things you definitely will want to know. Maybe you have already set your sights on a lovely Korean lady. You’re not alone — young women in South Korea are absolutely sought after, and for good reason! 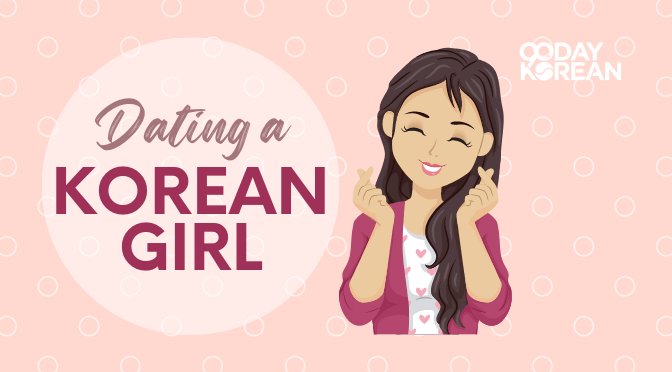 There’s even a dating phenomenon called “Korean Fever.” Supposedly, once you date a Korean woman, you’ll never want to go back to dating women from any other country. You’ll have to see for yourself if there’s truth to that!

Get Fantastic Tips for Dating a Korean Girl Free PDF

What you need to know before dating a Korean girl

While obviously everyone is different, it’s safe to say that there are plenty of beautiful, intelligent, and interesting South Korean women around the world, so more than likely, you’ll fall pretty hard for a Korean woman at some point in your life.

If you’re open to dating a Korean, there are some general dating practices and tips you should be aware of beforehand. While every girl is different, in general, many Korean women have similar expectations when dating and will utilize similar dating techniques.

Get these tips down, and you’ll be that far ahead of the game! No one likes to be turned down, so you may as well make it as likely as possible that you’ll succeed if you’re planning on dating a cute Korean woman.

If you’re visiting South Korea for vacation or you’ve come as South Korea’s new resident, beware of some misconceptions assigned to you, whether you like it or not. In Korean dating culture, the assumption of visitors from other countries (especially young white men) is that you’re a player or a womanizer.

It doesn’t matter if this couldn’t be further from the truth. It’s just an instant association that gets made, so that’s something to be aware of when you’re in South Korea. 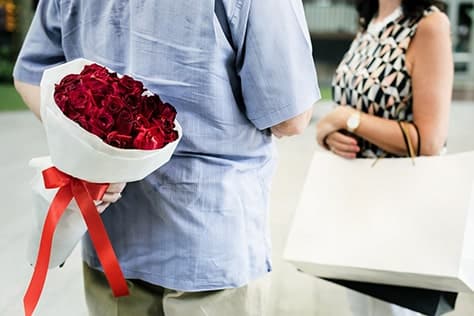 However, this is not an instant deal-breaker, and if you ask out a girl that you have chemistry with, there’s a very good chance she’ll accept your invitation and go out with you. That being said, if you begin dating each other, she’ll also treat you as guilty until proven otherwise.

It’s more than likely that she’ll want to look through your texts and chat history and social media to see if there is even a tiny bit of evidence that suggests that you’re dating other women.

If there is, you’re done. If there isn’t, she’ll slowly but surely begin to trust your intentions and your interest in her. If your new girlfriend wants to go through your phone, don’t deny her request based on principle. It’s not that she doesn’t trust you, it’s that Korean culture is telling her you’re probably talking to other Korean women. If it makes her feel more comfortable, you should consider it.

Korean women are concerned about being seen as an easy target

In Korean dating culture, something that Korean women worry about is being perceived as “easy” foreign men. If you’ve recently started dating a Korean woman, there’s a good chance that she’s apprehensive about whether or not you consider her “easy.”

To help reassure your new lady that you don’t see her that way, make sure you treat her with respect. She’ll probably want to take the beginning stages of your relationship slowly until she’s sure that you’re committed to her and not just looking for a quick fling. Slow down, treat her right, and you’ll have no problem!

Be prepared to pull out your wallet

So who should pay at the end of the date? Everyone has an opinion one way or another, and women in Korea are no different in that regard. In traditional Korean society, the norm has been that the man pays for not only the first date but also the majority of dates that the couple goes on. Regardless if it’s a dinner date or perhaps one to watch Korean movies. 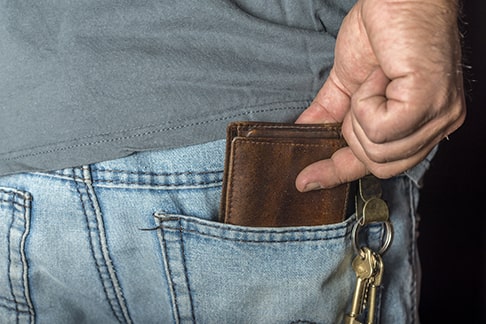 Splitting the bill was extremely uncommon, and the woman on the date was not expected to pay for any portion of the date — not even after dinner, drinks, or dessert. While this has been considered normal and still is by many, Korean dating culture has begun to shift to a more modern paradigm in contemporary Korea.

The man is still expected to pay for dinner, but if she’d like to, the woman on the date might pay for after-dinner soju or ice cream. The couple would then take turns paying for each stop of the evening.

As far as gifts go, Korean women will be receptive to you conveying your affections with lavish gifts, which most South Korean girls will expect.

Be open to spending big on birthday gifts, and be prepared to also purchase gifts for each of the love-centric Korean holidays like Valentine’s Day and White Day. There’s also one every month on the 11th (yes, seriously), so these don’t have to be as large as a gift for the anniversary or celebrating her date of birth.

Korean women are good at dating 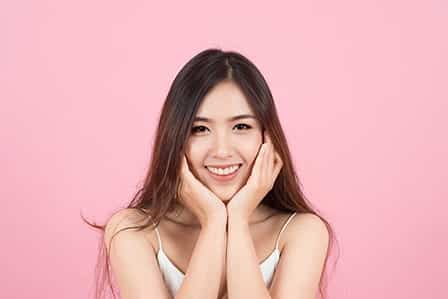 When a girl becomes your girlfriend, of course, she’ll demonstrate loyalty and commitment. But until that happens, be prepared to be at her mercy. She’ll likely know how to turn on the charm and somehow be cute, mysterious, and seductive all at once!

Before you consider approaching a cute Korean woman, be warned! If she sets her sights on you, you’re going nowhere. Enjoy it — they call it “Korean Fever” for a reason, and you’ll catch that fever soon enough.

When you’re dating a Korean, you’re competing with everyone constantly, whether you like it or not. It simply happens online. Social media, just like Facebook and Instagram, is huge all over the world, but in South Korea, it’s larger than life.

When you take your Korean girlfriend to a fancy dinner or buy her a lavish gift, she will take photos of it and post them online and on every instant messaging platform. In this way, her friends that follow her can see it instantly. Get used to being on a chat app to keep her attention! 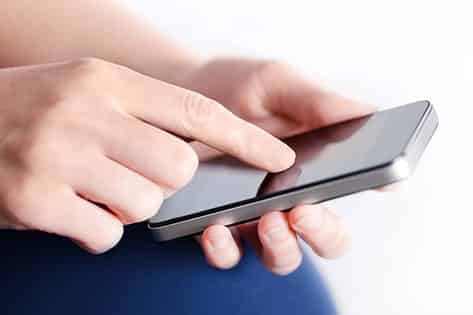 While social media can be great because it lets you keep in touch with friends from afar and stay connected to your social circle, it can also cause a lot of pressure and anxiety for both the girl and the guy in the relationship.

If you’re sharing everything with people who follow you, you’re also comparing yourself to everybody. For example, if someone else is on a nice vacation, you’ll probably want to start planning one as well.

Similarly, you’ll feel the need to blow your girlfriend away with the gifts and dates you plan so you give her something to really be excited about. While it sounds exhausting, this also means a lot of fun!

You’ll be enjoying beautiful restaurants and making your new girlfriend happy with beautiful gifts. You can also remind your girlfriend that social media only highlights the best from her friends’ lives and not their bad days.

South Korean girls are educated and expect you to be, too

If you’re currently dating a cute Korean girl, one of the things that probably attracted you to her initially was her intelligence and her quick wit. Many Korean women, about three-quarters of the adult women in South Korea, have a university education, so you’ll definitely be having high-minded conversations with your lady. 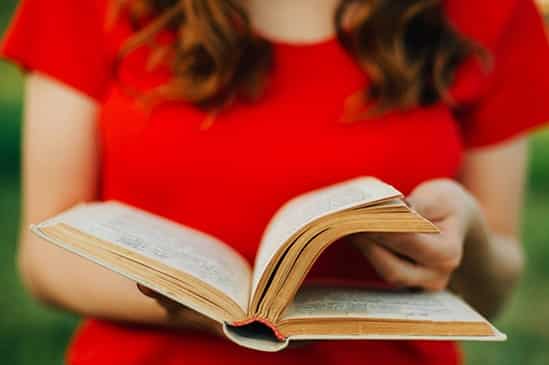 This also means you need to make sure your Korean language skills are sharp so you can keep up and have interesting conversations! Nobody wants a boring date (or a boring boyfriend).

Make an effort to communicate with your Korean girlfriend

Some of the tips above arise from Korean culture and others from more recent pop culture and trends. The most important tip that we can share with you is to learn to speak some Korean.

This will open up better communication, and she’ll speak more comfortably with you. It’s going to be a win-win situation since you get to learn a new skill, and your Korean girlfriend will appreciate your effort in understanding her better! Even starting with a few words or basic phrases helps. Learning Korean is easy and fun if you have a solid plan.

If your Korean language skills aren’t where they should be and you want to brush up on them quickly, check out our 90 Minute Challenge and learn the Korean alphabet in just an hour and a half! It’s a small investment to make for all the returns you’ll get — the ability to ask out the cute Korean woman you have your eye on.

How to find a girlfriend in Korea?

So what if you haven’t met the Korean woman for you yet? Don’t worry, for we have come up with sites to help you find your soon-to-be Korean girlfriend!

Dating sites are not the only place where you can find a match. Going to Korean language exchanges can help you meet different people, including Korean women and you’ll get to learn a new language!

Hopefully, these tips have been helpful for foreign men and Korean men alike. Good luck!