How to Say “Grandparents” in Korean – Titles for your elders

In this lesson, we’ll tell you how to say “grandparents” in Korean. You might have heard of these terms used in K-dramas.

The main Korean words you need to know are: 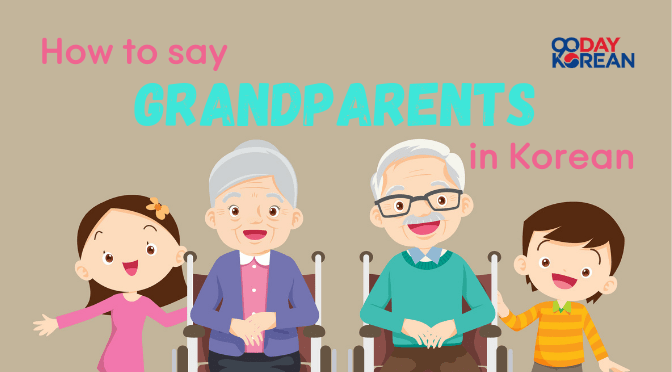 Read on, and we’ll tell you exactly what you need to know!

There are two different ways to say grandparents in Korean. The words you use depend on which side these family members are on.

“Grandparents” in Korean (Father’s side)

The word grandparents in Korean for the paternal side is generally expressed as 조부모 (jobumo).

“Grandparents” in Korean (Mother’s side)

Now we’ll move on to the words you use specifically for your grandmother and grandfather in Korean. 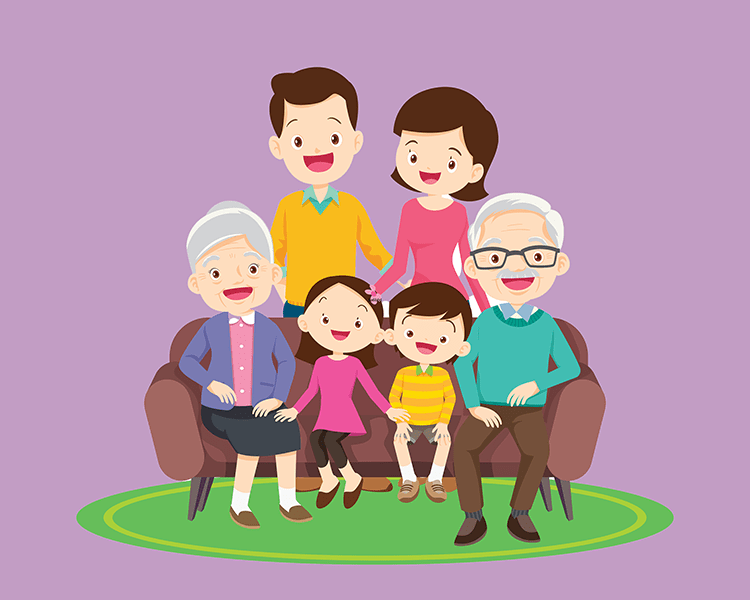 How do you spell “grandma” in Korean?

In Hangul, you can spell the word “grandma” as 할머니 (hal-meo-ni). However, if romanized, this word can also be spelled out as “hal-mo-ni.”

As briefly discussed above, in South Korea, the most common way to say grandma in Korean is 할머니 (halmeoni) also often spelled as “halmoni”. This specifically means grandma in English. However, take note that this term is different from what is used to refer to a middle-aged woman.

That’s just one word so far, but there are a few ways of saying grandmother or grandma in Korean. Most of them are very rare and academic. You will do fine learning just using 할머니 (halmeoni).

How to pronounce “grandma” in Korean

Now that you know how to commonly say “grandma” in Korean, you can also listen and practice how to pronounce it correctly through the audio below. This word is pronounced the same way as it is spelled.

“Grandma” in Korean (Father’s side)

You can use 할머니 (halmeoni) whether you’re talking about your grandma from your father’s side or your mother’s side.

“Grandma” in Korean (Mother’s side)

Our grandma lives in the countryside.

Grandma, is it okay to have some more pie?

I visit my grandma every weekend.

Now you know how to say “grandma” in Korean, let’s learn its formal version, grandmother. The correct word is 할머님 (halmeonim). It is super easy to remember since the formal term only comes with one extra syllable! 님 (nim) in general is a formal attachment to someone’s name.

However, in the case of grandmother, this term is not used that often, as it is extremely formal, and you will do great with just using 할머니 (halmeoni). 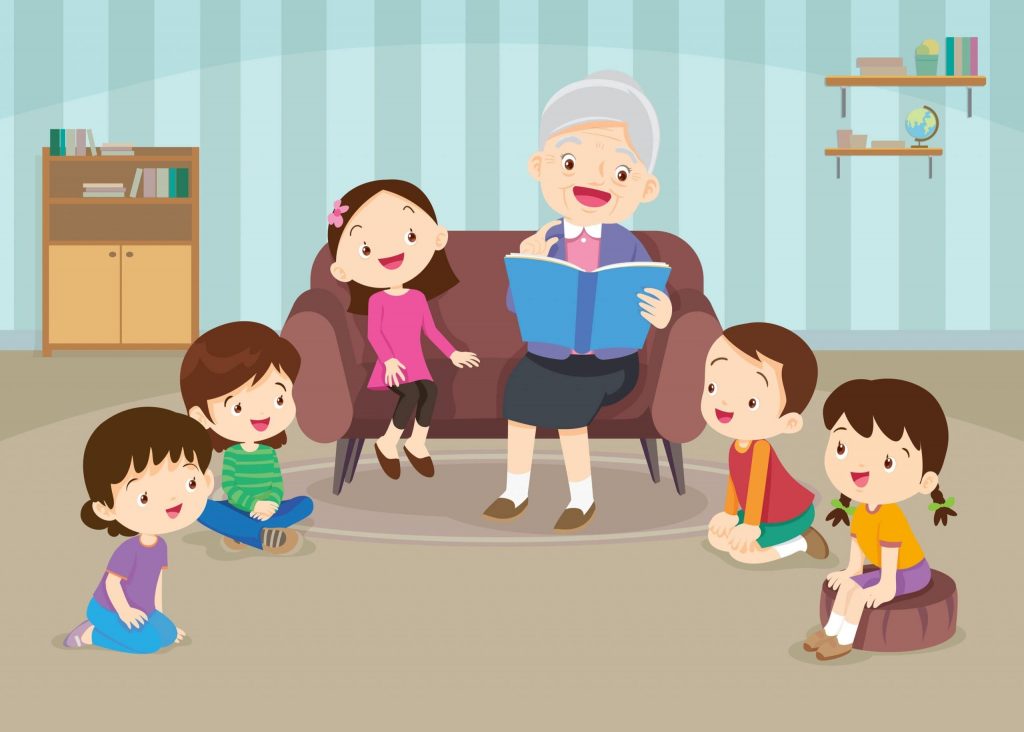 Just like how to address grandma, which is 할머니 (halmeoni), the first syllable in “grandpa” is 할 (hal). Then it is followed by the word for “dad,” 아버지 (abeoji). Together, they form the most common term for grandpa, 할아버지 (harabeoji)!

How do you spell “grandpa” in Korean?

The Korean word for “grandpa” can be spelled as 할아버지 (ha-ra-beo-ji) in Korean.

How to pronounce “grandpa” in Korean

The word for “grandpa” in Korean is pronounced differently than how it is spelled. As discussed above, the Korean word is spelled as 할아버지, however, this is pronounced as [하라버지].

You can listen to this audio to know how to say “grandpa” in Korean correctly and differentiate its spelling from its pronunciation.

“Grandpa” in Korean (Father’s side)

Usually in everyday life, Koreans only use 할아버지 (harabeoji) to refer to all the grandpas in their family.

“Grandpa” in Korean (Mother’s side)

When you want to be specific you are speaking of your maternal grandfather, you can add 외 (oe) in front of 할아버지 (harabeoji). This way, you’re creating the word 외할아버지 (oeharabeoji). This word means grandpa from your mother’s side.

Here are some example sentences:

Our grandpa lives in the countryside alone.

Grandpa, is it okay to have some more cake?

I visit my grandpa every weekend.

In cases where you want to be formal, you may want to replace 지 (ji) with 님 (nim), forming the formal way to say grandfather in Korean, 할아버님 (harabeonim). It’s easy to remember as it sounds almost the same as its female counterpart, 할머님 (halmeonim), right?

Now you’ll know how to use the Korean word for grandfather in different situations.

If you enjoyed learning Korean vocabulary and sentences like the ones above, you might find our online structured courses fun, too. The great part about it is it’s designed to help you learn Korean in just 90 days. Interested? Know more about it here. 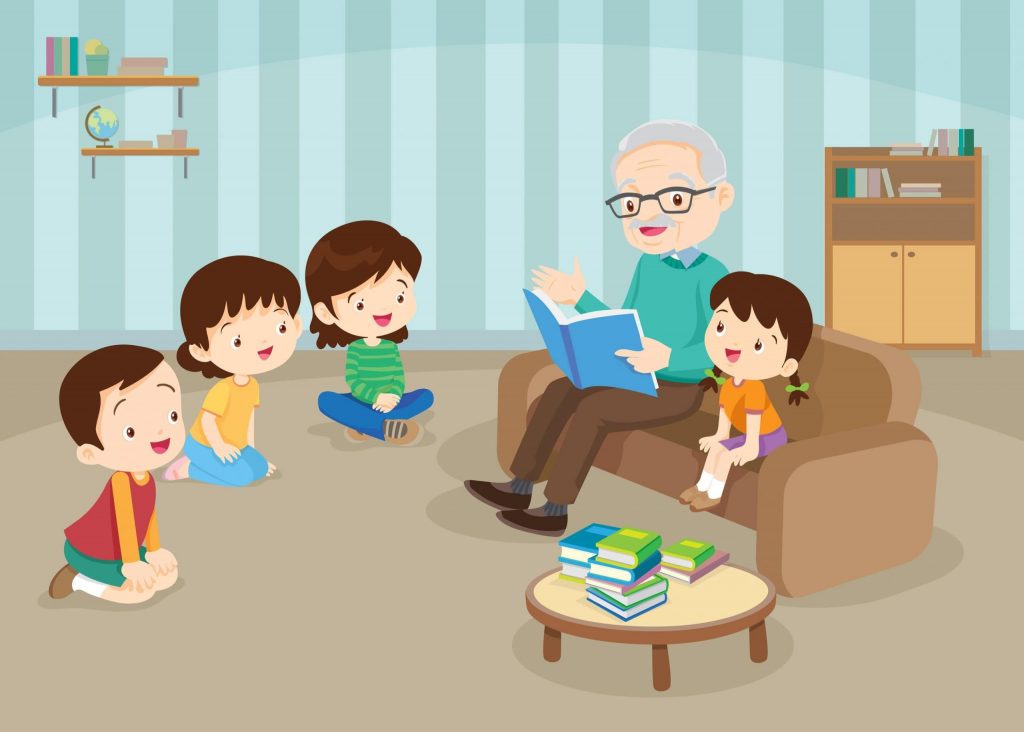 While you can study the Korean words in this article simply by reading their romanized versions, it will come in handy for you to be able to read Hangeul (the Korean alphabet) if you ever want to take your Korean language skills to the next level. Hangeul is quite simple, and you can learn it in just 90 minutes!

After you’ve familiarized yourself with Hangeul, you’ll be able to supercharge your Korean learning. Understanding K-Dramas, reading signs, talking to Korean friends, and getting familiar with Korean culture will all become a lot easier. So, if you’re serious about learning the Korean language, why not learn Korean today?

Now you know the ways to say the Korean words for grandparents, either from the side of your mother or father. Maybe you’d even like to practice these words with your own grandparents as a pet name? Or share this new knowledge with your Korean friends?

We’d love for you to tell us something about your grandparents in Korean in the comments below! We’d also love to give answers to your questions!

How about learning Korean Greetings next?