Hangul Day: The Official Holiday for the Korean Alphabet

Curious what Hangul Day is all about?

Hangul Day is a holiday that commemorates the Korean Alphabet every year on October 9th. It is a national holiday that is a day off in South Korea.

There are a few important things you should know about this celebration of Hangul. If you’re interested in Korean culture, this is something you will want to know about. 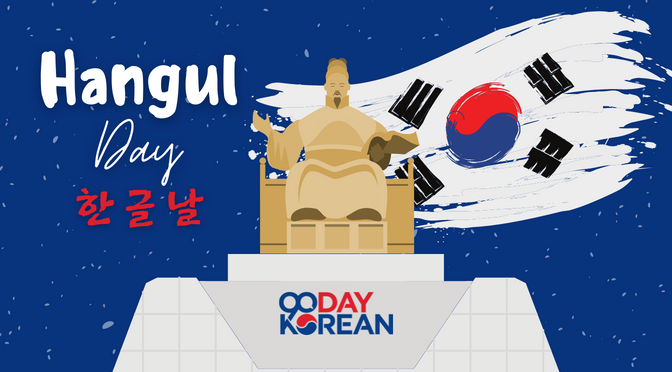 If you want to learn the Korean alphabet, we have a free PDF guide that you can download and print below:
Get Korean Alphabet Free PDF Lesson

What is Hangul Day?

Hangul Day is a holiday set aside to celebrate the Korean alphabet, known as Hangul (or “Hangeul”). The day is known as 한글날 (Hangulnal) in Korean. It is also known as “Hangul Proclamation Day.”

When is Hangul Day?

한글날 (Hangulnal) or Hangul Day (sometimes spelled as “Hangeul Day”)  is celebrated on October 9. The date of Hangul Day in Korea has varied a lot since the day’s inception in 1926, but its current date of October 9th has been used since 1945.

Is Hangul a National Holiday in Korea?

These days, workers in Korea will be pleased to notice that October 9th is marked in red on their calendars. That means that the day is a national holiday. But it hasn’t always been that way.

Between 1991 and 2012, Hangul Day lost its position as a national holiday, and workers didn’t get the day off. Luckily, its status as a national holiday was restored in 2012. At this time, you can enjoy the great weather that Korea usually experiences in early October instead of being stuck behind a desk.

While Hangul Day is celebrated on October 9th in South Korea, this official holiday is actually celebrated on January 15th, north of the DMZ.

Most alphabets around the world have mysterious, unknown origins. They slowly evolved from pictures into symbols that represent sounds.

The Korean alphabet (Hangul or Hangeul) is different and unique among widely used alphabets. Rather than evolving, it was created deliberately.

During the fifteenth century, Koreans used Chinese characters to write. These characters are known as “Hanja” and are still occasionally seen in Korea, particularly on calendars. As Korean is grammatically very different from Chinese, writing Korean using Hanja was an almost impossible task. As a result, only the elite people in Korea were literate.

In 1443, King Sejong decided that it would be best for Korea if the Korean language had its own alphabet so he created Hangeul. By 1446, the new alphabet was proclaimed the official writing system of Korea.

Hangul in the Choseon Dynasty

Despite all of Hangul’s benefits, it nearly went out of existence during the Choseon dynasty. The elite of the time wanted to preserve their status and, as a result, saw Chinese characters as the only true way to write Korean. In the early 16th century, Hangul was effectively banned by the king, and education centers that taught Hangul were closed down.

The resurgence of Hangul and Korean Nationalism

However, Hangul had a resurgence in the 19th century and gradually grew more common, especially due to its role in Korean nationalism during the Japanese occupation. Even after Korea gained its independence, Chinese characters were still frequently used.

Is Hangul Difficult to Learn?

Unlike Chinese characters, Hangul is incredibly easy to learn. It is made up of consonants, vowels, and syllables. Many of the sounds overlap with English.

How can I learn Hangul?

You can learn to read Hangul by using associations with the English alphabet. It usually takes about 1-2 hours. Try our free 90-minute challenge guide to see how.

Compare that to the amount of time needed to learn how to read Chinese, and you can imagine how revolutionary Hangul must have seemed at the time of its invention!

Like most other alphabets, Hangul is phonetic. But it also has several adaptations that make it well suited for Korean. For example, rather than being written in a straight line, the letters that make up Hangul are organized in a square shape that matches up with the Chinese characters they replaced. This makes it easy to identify the meaning of any words that are based on Chinese characters.

Another rather incredible adaptation that the language has is that the Korean consonants are based on the shape made by the mouth when saying them. This foresight is only possible since the language was planned, and it makes Hangul easy to learn.

Although Hangul was a created language, it has evolved slightly over time, with some letters becoming obsolete. The double ㅎ sound, for example, is no longer used.

The original script also had marks to show the pitch of words, but these marks are no longer used. Also, the dots used in the vowel sounds are almost exclusively drawn as short lines these days.

How to Celebrate Hangul Day

Why not commemorate Hangeul Day by visiting the museum of King Sejong? The museum is easy to find. It is located directly underneath the large golden statue of King Sejong in Gwanghwamun Square, in front of Gyeongbok Palace in Seoul. The entrance to the museum is at the back of the statue. 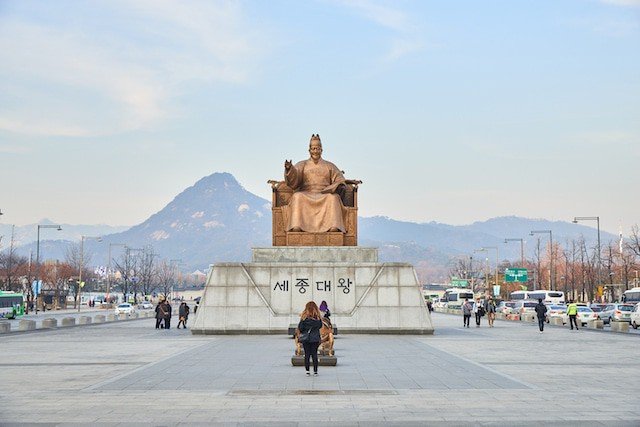 Inside the museum, several exhibits explain the creation of Hangul and the other technological advances of King Sejong’s reign. King Sejong’s rule is often seen as a golden period of Korean history, where enlightenment and knowledge, rather than war and invasion, were the defining events of the time. It is no surprise that a picture of King Sejong appears on the ten thousand won bill!

Another way to celebrate Hangul Day in Korea is to learn Hangul. As mentioned already, the Korean alphabet only takes two hours to learn and allows you to read Korean signs and improve your pronunciation and ability to learn new words.

What better way to celebrate the day than learn the language?

If you think Hangul is great, try writing something using the Korean alphabet in the comments below!

14 replies to "Hangul Day: The Official Holiday for the Korean Alphabet"