Hanja – All about Chinese characters & their meanings

In this lesson, you’ll be learning everything you need to know about Hanja.

The Korean language is an incredibly old one. Even the 한글 (hangeul) alphabetic system we are learning and Koreans are actively using today is centuries old. With that said, before King Sejong created 한글, a different writing system was used for written Korean: hanja. And in this lesson, we will explain to you exactly what hanja is, how important it used to be for Korean history, and its status in modern Korean society. 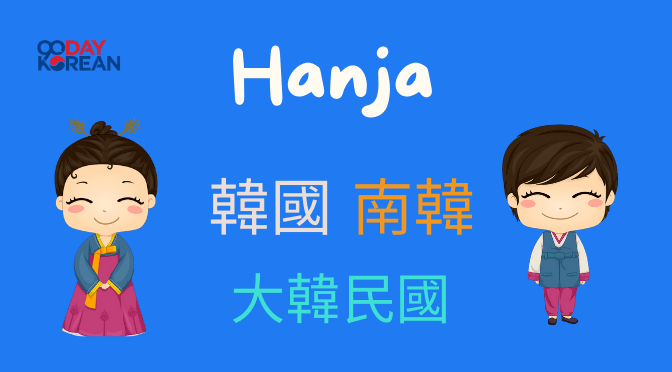 Below is a free PDF guide for “Hanja” that you can download and take with you:

Hanja is what Koreans call their traditional writing system. The word itself translates to “Chinese character.” It comprises, for the most part of Chinese characters. Although the characters themselves derive from the Chinese language, each Hanja character has a Korean pronunciation, using a similar structure as 한글-based pronunciation does. Koreans began using hanja during the Gojoseon period, so 400 BCE already.

Korean Hanja is another term coined for the traditional writing system in Korea. It’s generally called Hanja but sometimes called Korean Hanja since other countries like China and Japan use similar writing systems.

Hanja is the writing system in Korea that makes use of Chinese characters. In the past, only educated people such as scholars are able to read and write using Hanja.

Although Chinese characters are used to write the Korean language, their pronunciation is different from the characters used in China. Some of them also have different meanings from that of China’s characters.

There are Hanja characters that were created by Koreans themselves to express some Korean-specific concepts or materials. These characters are called 국자 (gukja).

Hangul, on the other hand, is a writing system that was developed by King Sejong the Great in the 15th century that was intended to enable the greater population of the country to read and write.

However, this changed when King Sejong the Great created Hangul in the 15th century.

Korean Chinese characters have slowly been replaced by Hangul as a means of writing the Korean language.

Is Hanja the same as China’s Hanzi?

Hanzi is used to refer to Chinese characters. Although there are some differences in stroke orders, for the most part, the hanja character or hanja (한자) letters are identical to the original traditional Chinese characters, even today.

Interestingly, the characters currently in use in mainland China, as well as Japan (where they are called kanji), have been simplified. This means they no longer look exactly like the traditional characters, unlike hanja.

Do Hanja and China’s Hanzi have similar pronunciations?

Hanja uses a different set of Chinese characters so the Chinese from mainland China and Hong Kong can’t read Hanja characters. If they do, they’ll only be able to identify the characters but may have a different meaning for them.

Another term used often when talking about hanja is hanja-eo. It refers to Korean words that can be written using Hanja or Chinese Characters.

Hanja-eo is the term used to talk about Sino-Korean vocabulary. That means both words that were directly borrowed from Chinese as well as words that are fully Korean but were created from Chinese characters. In other words, these are Korean words of Chinese origin.

There are many words in modern Korean that were borrowed from Chinese. For example, “parents,” “students,” and “school.” These are common Hanja in South Korea written as 父母 for parents, 學生 for students and 學校 for school. 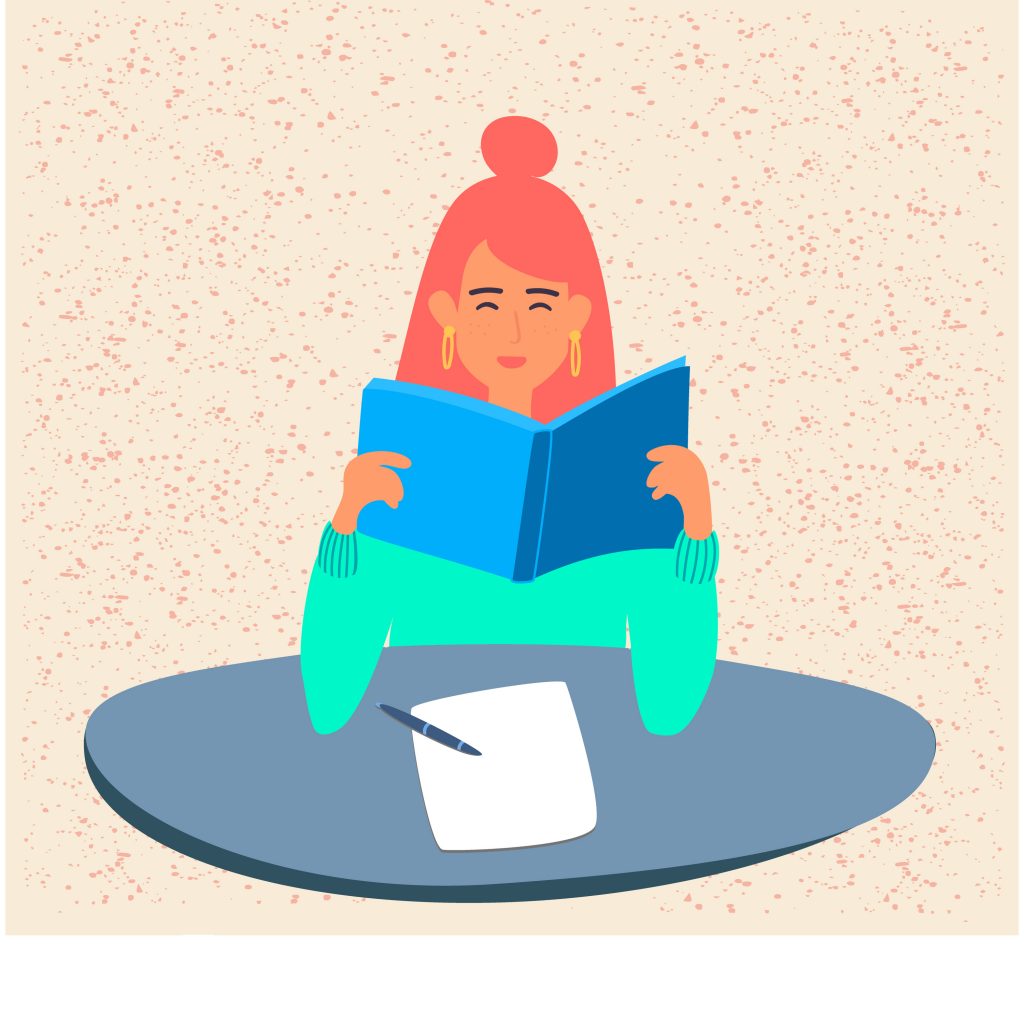 How many Hanja characters are there?

According to 한한대사전 (Han-Han Dae Sajeon), which refers to the Korean Hanja to Hangul dictionary, there are around 53,667 Hanja characters in the Korean language.

How many Hanja characters do I need to learn?

There’s no exact number of Hanja characters you must learn if you’re learning the Korean language. However, if you want to recognize Sino-Korean words, 2000 Hanja characters will be a good amount of Hanja.

How are Hanja and Kanji the same?

Why did Korea stop using Hanja?

Actually, Korea has not stopped using hanja entirely. However, it has been largely replaced by 한글 for everyday writing. Also, despite 한글 being created in the early 15th century or during the Joseon dynasty, it did not become widespread to use until between the 19th and 20th centuries. Until then, hanja was the primary system used for the written word.

Hanja is still taught today in middle school and high schools. They are taught in a separate class from a regular Korean language class. 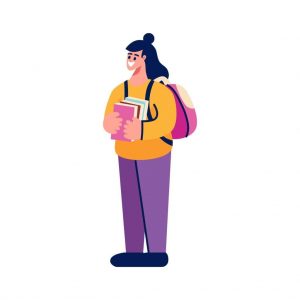 Do I need to learn Hanja?

Although it is not mandatory for you to learn hanja to manage a visit and life in Korea, as well as to speak the Korean language, learning some hanja characters will help you tremendously. You see, even today approximately 60% of the Korean language is made up of words of Chinese origin. Therefore you will see hanja all around you when you’re in Korea!

For example, you may see some hanja characters every single day you spend in Korea. We will explain this in a little more detail below.

How important is it to learn Hanja?

Learning hanja may aid you in understanding the Korean language more deeply and even help you widen your vocabulary. In fact, you’ll find hanja a lot in Korean dictionaries, although each Korean word is first and foremost written in 한글. Yes, even words of Sino-Korean origin. Hanja is mostly present in a dictionary to explain a word’s origin. But if you are truly interested in learning hanja for yourself, a Korean dictionary is a great place to start memorizing them! Learning hanja now will also give you an excellent advantage in case you ever take up Chinese or Japanese as a language to learn.

Otherwise, you may be encouraged to learn hanja if you want to be able to understand old idioms, academic texts, and legal documents in full. Also, you will not be able to read old scholarly texts without having a handle on hanja characters first! And of course, for much traditional art and culture, such as calligraphy, hanja is essential.

As far as modern books and magazines go, hanja is rarely used. Its purpose there is only to explain a word that may otherwise be ambiguous in its meaning. However, hanja is more commonly seen in newspaper headlines! This is exactly to squash any ambiguity of a headline.

Do note that hanja’s status is more prevalent in modern South Korean society than it is in North Korea. Their hanja no longer exists even in academic settings.

Where can I see Hanja used in Korea?

For starters, you may see hanja in as simple of places as a restaurant menu, typically to indicate the size of the dish. You may come across the same characters in a supermarket. It is also not surprising to see hanja characters depicted in public bathroom doors, for women, and for men.

Also, it is important for you to note that, though not widely used anymore, Korean personal names are typically based in hanja. This means that some Korean given names have corresponding Hanja characters. Though the use of native Korean words when naming children is becoming more common now, this is still the primary way to name a person. Therefore in official documents, even today, each person’s names continue to be recorded in hanja.

Additionally, you may see hanja characters sprinkled into brochures, restaurant signs, branding and logos, advertising, legal documents, academic texts, and so on, even if the text is otherwise written in 한글. A lot of street and place signs also incorporate hanja. 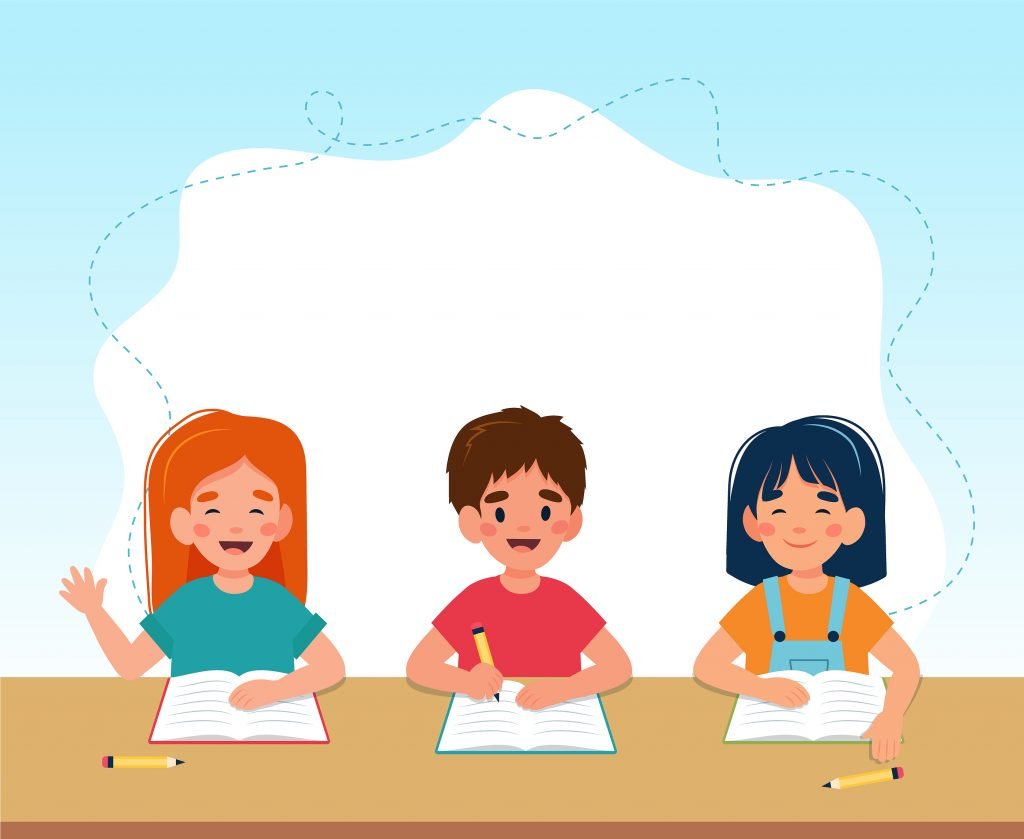 Based on the above information, we wanted to share with you some of the basic hanja characters you may come across daily in Korea. Below you’ll find a Hanja characters list. They are commonly used Korean words.

There is a significant number of Korean words that have Chinese origins. We have a Korean Hanja list below along with their meanings.

Some of the family names and given names among Koreans have Chinese origins. They were derived from Chinese character scripts.

Here’s a list of Korean family names with their Chinese characters.

The following list contains the common Korean names with their Hanja characters.

In the modern Korean language, Hanja isn’t widely used except for official documents. But learning Hanja can be of great help as you learn Korean.

If you want to learn about hanja words or if you want to write Korean words in Hanja, there are hanja dictionaries you can use.

Hanja apps are dictionaries you can use to know the Hanja equivalent of a Korean word or the other way around.

There are a number of them you can find on the internet. There are web versions of these app and some are mobile apps you can download on either Play Store or on the App Store.

An example of a Hanja app is the Hanja dictionary called the Korean Hanja App. In this app, you can copy and paste the Chinese characters and it’ll give you the Korean equivalent.

And there you have it, your small and compact information package on hanja! How interested in learning more about hanja characters did this article make you? And do you have previous experience in learning Chinese characters or Japanese kanji?

2 replies to "Hanja – All about Chinese characters & their meanings"