How to Give Directions in Korea

During your time in Korea, you will want to travel to lots of different places. Some will be relatively straightforward to get to, but others won’t.

While it’s great to learn Korean, you may not have the time or means to right now. But the more you travel around Korea, the more important it is for you to know how to give directions in Korea.

We’ll show you everything you need to know to make your time in Korea as smooth as possible! 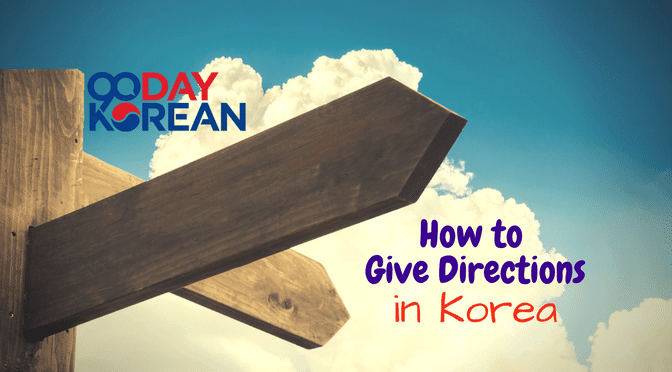 Giving directions in South Korea can be quite easy, but make sure you know the ins and outs. This is especially important in Seoul, where the time of day and location can have a huge impact on where you’re going.

Why Knowing How to Give Directions Is Important

Even though public transport is incredible in Korea, there are plenty of times when you may want to take a taxi. Hailing a cab is easy in Korea, and if there are no taxis nearby then you can use a smartphone application such as ‘Kakaotaxi’ in order to get a taxi to come and pick you up. 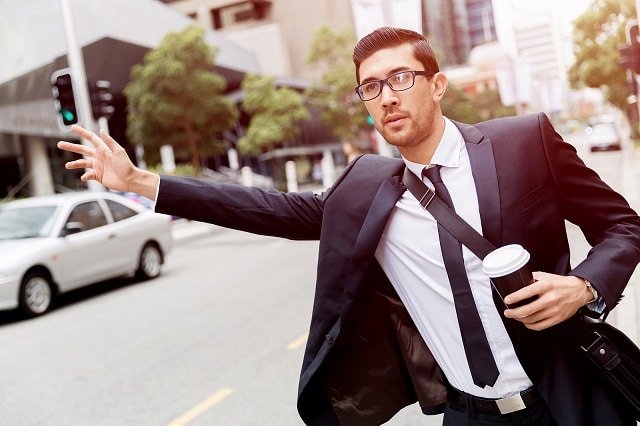 Once you are in the taxi, you will have to give the driver directions to where you want to go.

If you give a taxi driver the address of where you want to go, then you may come into difficulties. While everywhere in Korea has an address, often the addresses are a little bit confusing, with streets just having numbers instead of real names.

In fact, until a couple of years ago, Korean roads didn’t even have names (Each building in the neighborhood was just given a random number instead, which was very confusing for anyone trying to give directions). As a result, taxi drivers are often quite unfamiliar with street names, and satellite navigation systems might take you to the wrong part of the street from where you want to go to.

How should I address taxi drivers in Korean?

If you want to tell somebody your address in Korea, it is important to remember that addresses go from large to small, rather than small to large. They start with the city, then the district, then the major road, then the minor road, then the building. For example: Seoul, Gangnam-gu, Hakdong-ro 426, Gangnam District Office, Seventh floor, Room 765.

If you tell a taxi driver the district (구 | gu) that your destination is in, then this can help them find it. It can also help them choose the right place when there is more than one place with the same name.

An important caveat to this is pronunciation. Korean is not a tonal language, but there is still a natural rhythm to it that is important for comprehension. One way to improve your pronunciation is to study Korean using the hangeul, the Korean alphabet. It’s easy to learn and will train you to speak Korean like a native. 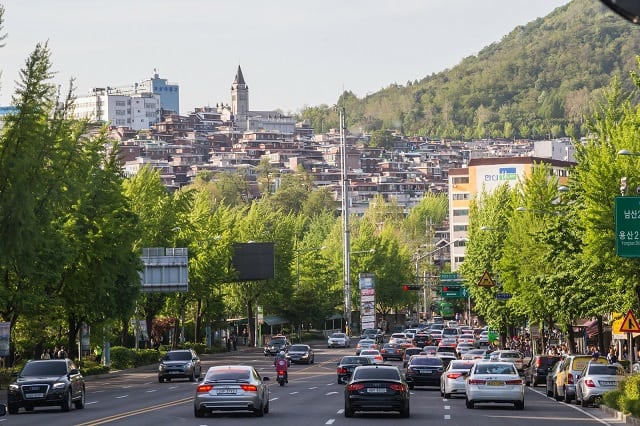 An easier way to give directions is to use landmarks that are easy to find on a satellite navigation system. Two of the most useful landmarks are subway stations and schools. Almost every neighborhood has a school nearby, so even in places without subway stations, you can use this method to get close to your destination. Taxi drivers never have a problem putting school or subway station names into their satellite navigation system so this approach is very effective.

The word for ‘station’ in Korean is 역 (yeok). When giving directions, you can use this word for both subway stations and regular train stations.

The word for ‘university’ is 대학교 | daehakgyo. Often, you will need to specify whether you want to go to the main gate (정문 | jeongmun) or the back gate (후문 | humun).

Once the driver reaches the school or subway station, you can give more specific directions. Again, using landmarks can save you a lot of hassle here. Fast food restaurants are particularly good landmarks as they have large, easy to see signs, and well-known names. There is also usually just one branch of each fast-food chain in each area, and their names are in English which makes them even easier for people who can’t speak Korean to use as landmarks.

After fast food restaurants, banks are the next best landmark. Be aware that the English name and Korean name of the bank may be different. For example, if you want to go to KB bank, you need to say 국민은행 (gungmineunhaeng), not KB Bank or KB 은행 (keibi eunhaeng).

Another way that you can give directions is to use road junctions (사거리 | sageori). These are quite well known, and you can use them to help explain to drivers when to turn left or right too.

Useful Phrases to Use with Taxi Drivers 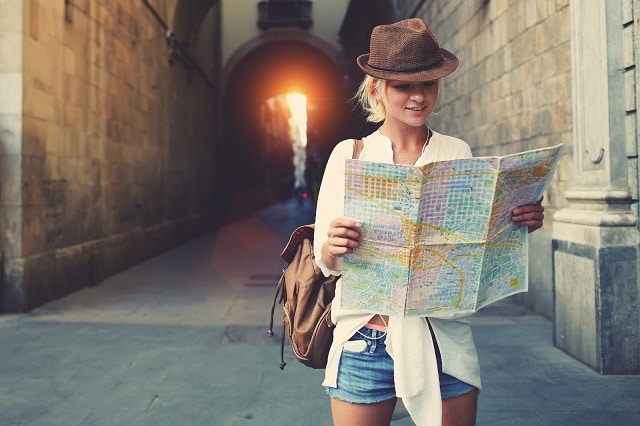 There are some useful phrases that can help you give directions to taxi drivers. The most useful one is 가 주세요 (ga juseyo) which roughly means ‘please take me to’. Both of these phrases are equally acceptable to use.

To use either of these phrases, just say the name of the place that you want to go to, followed by these phrases.

Take me to BaengBaeng intersection please. 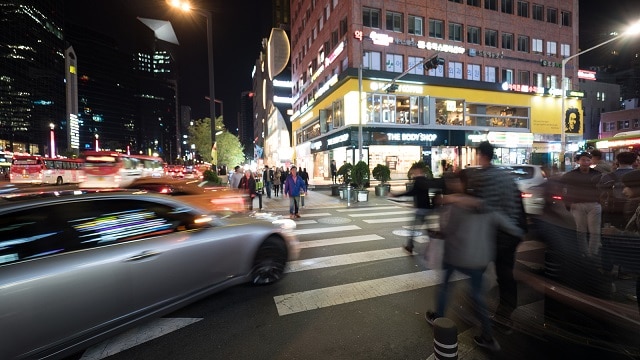 Once you reach the general area that you want to get to, you can give more specific directions to where you want to go.

Three of the most useful things to say are ‘turn left’, ‘turn right’, and ‘go straight’.

If you want to be more specific, you can use the suffix -에서 (eseo) to specify where to turn left or right.

At the intersection, turn left.

Once you get to your destination, you will need to ask the driver to pull over. To do this in Korean, you can say the phrase 세워주세요 (sewojuseyo).

Now that you know how to give directions in Korea, try taking a taxi to a new place and exploring a part of the city that you haven’t been to yet. You’ll see that a whole new world will be opened to you once you’ve taken the time to learn this Korean.

7 replies to "How to Give Directions in Korea"