How to Say ‘I Forgot’ in Korean

Do you sometimes struggle to remember new words that you have learned?

If so, this article is for you!

Today, we’ll teach you how to say ‘I forgot’ in Korean. Let’s jump right into it! 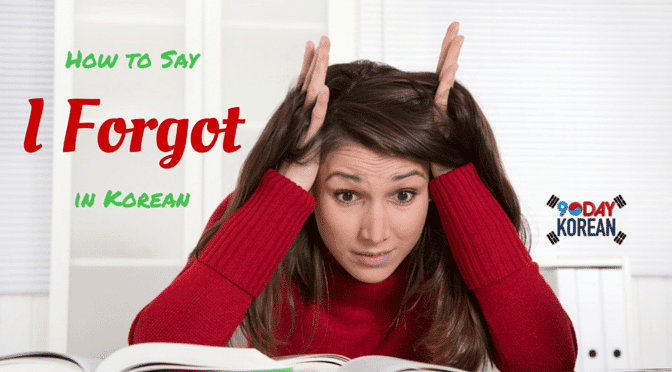 ‘I Forgot’ in Korean 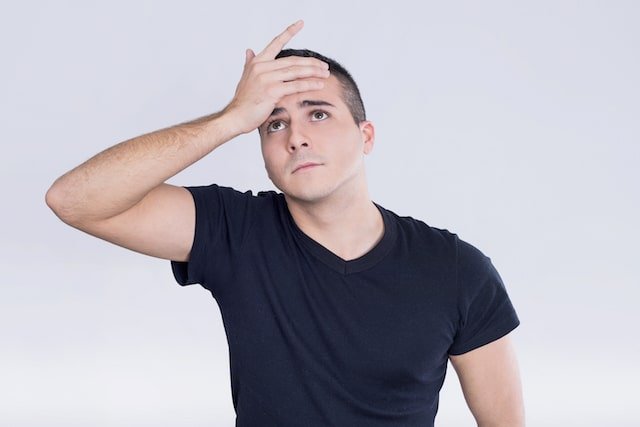 Many K-pop songs use the phrase ‘don’t forget’ in their lyrics. To say ‘don’t forget’, you can say 잊지 마세요 (itji maseyo). This is sometimes shortened to 잊지 마요 (itji mayo), or spoken informally as 잊지 마 (itji ma).

Formal ‘I Forgot’ in Korean 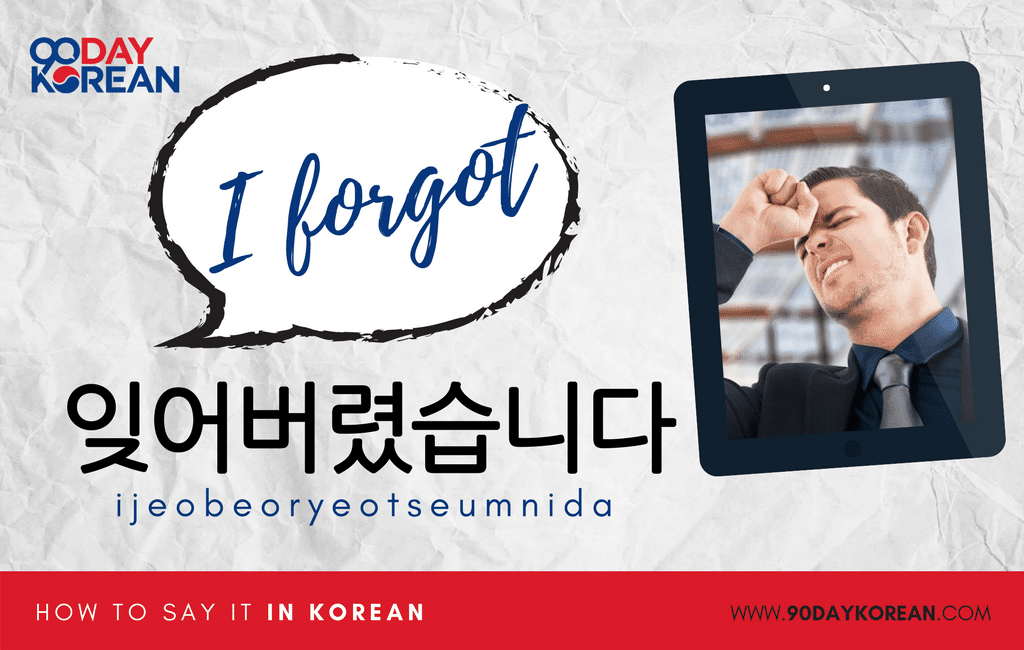 You can use formal Korean in situations such as reports, presentations, and interviews.

I forgot my glasses.

Standard ‘I Forgot’ in Korean 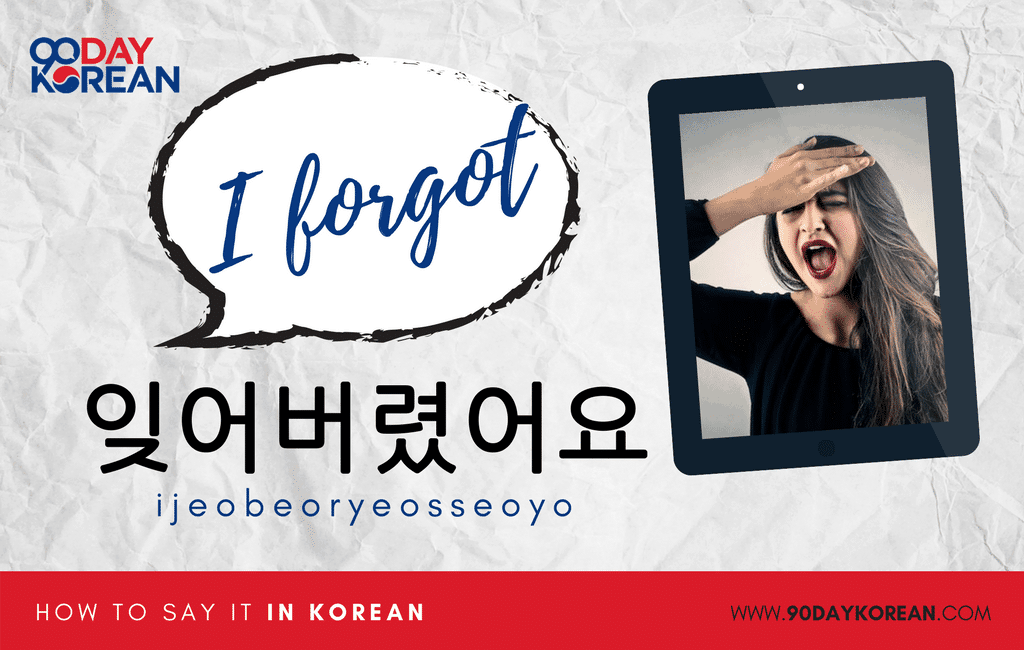 Standard Korean is used when speaking to people who you don’t know well or who are older than you.

Why weren’t you at the meeting?

I’ve forgotten exactly where they live.

Informal ‘I Forgot’ in Korean 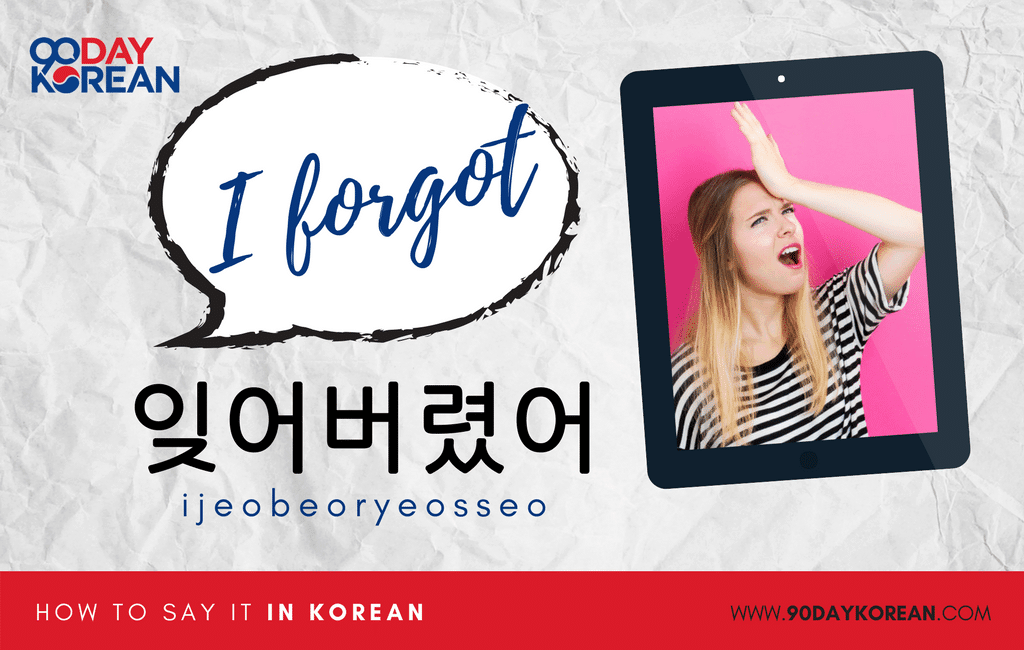 I forgot that girl’s phone number.

I forgot to write the letter.

Romanization can help make studying Korean easier in the short term, however, it is actually far quicker in the long term to learn the Korean alphabet (Hangeul). Learning Hangeul is easy, and the alphabet can be learned in just a couple of hours.

Being able to read Korean allows you to recognize different word and grammar patterns, read street signs and menus, and improves your pronunciation.

If you are serious about learning Korean, why don’t you take a look at our free list of Korean phrases or our full Korean course for all the help you will need when studying Korean.

Now that you know how to say ‘I forgot’ in Korean, let us know what things you find difficult to remember!