How to Say ‘I Hate You’ in Korean 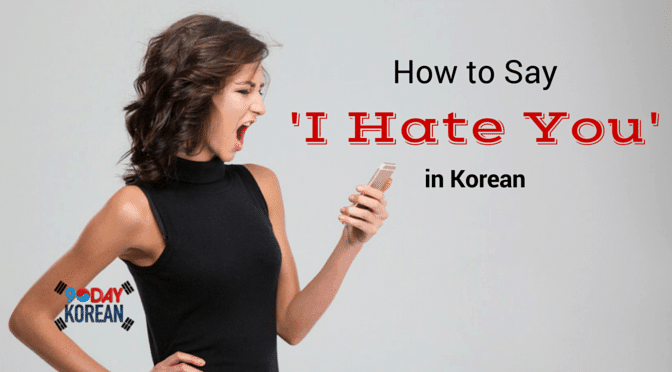 The reason that this phrase is so useful is that in Korean, often the subject and object of a sentence (for example ‘I’ and ‘you’ in the phrase ‘I like you’) are not said. This means that you can just say ‘hate’, and people will know what thing you are talking about based on the context.

Let’s cover the different ways to say ‘I Hate You’ in Korean.

‘I Hate You’ in Korean

Using the Verb ‘To Hate’

The verb ‘to hate’ in Korean is 싫어하다 (sileohada). This verb will be the basis of some of this article’s expressions. It is a 하다 (hada) verb, which is one of the most common types of verb in Korean. The verb 싫다 (silta) also means hate. 싫다 (silta) and 싫어하다 (sileohada)are used slightly differently in the third person (she hates you) but can basically be seen as interchangeable in the first person (I hate…).

Note that the word ‘hate’ isn’t as strong in Korean as it is in English. For this reason, the word is used more often in Korean than in English, so learning it is very useful.

Formal ‘I Hate You’ in Korean 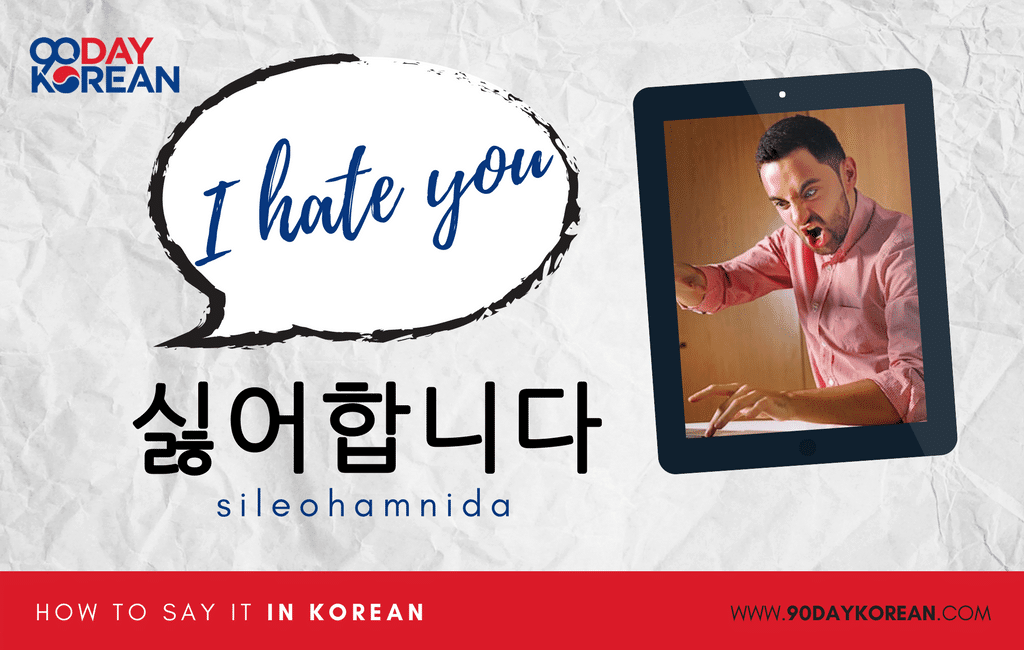 If you want to say ‘I hate you’ in Korean, then the most common way is to just use the verb ‘to hate’ on its own. In formal Korean, this simply means saying 싫어합니다 (sileohamnida)or 싫습니다 (silseumnida). These expressions can also be used to say ‘I hate it’.

Formal Korean should be used when making announcements, doing presentations, or during an interview.

If you want to be specific, you can include the words ‘I’ (저 | jeo) and ‘you’ (당신 | dangsin). However, the word for you, 당신 (dangshin), isn’t usually used. Instead, Koreans often use the person’s name or title.

I hate you, teacher.

Standard ‘I Hate You’ in Korean 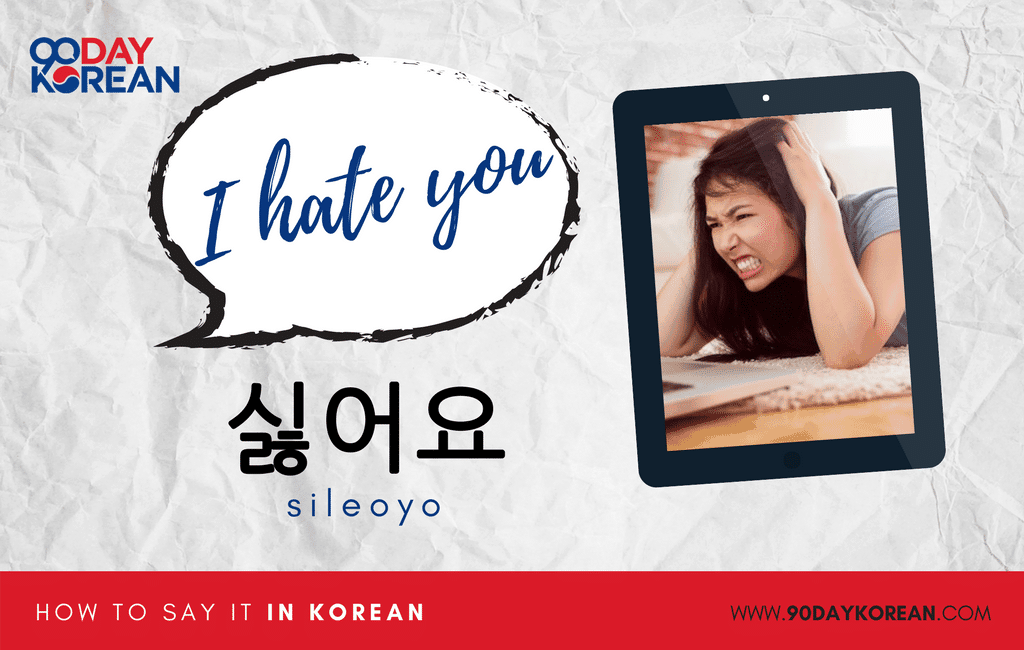 You can use these expressions when talking to people who are older or not particularly close to you. You don’t need to say ‘I’ or ‘you’, you can just say 싫어요 (sileoyo) or 싫어해요 (sileohaeyo). You can also use these phrases when saying that you hate other things such as ‘I hate chicken’ or ‘I hate it’.

If you want to be specific, you can use ‘I’ (저 | jeo) and ‘you’ (당신 | dangsin). However, you should replace 당신 (dangsin) with somebody’s name or title, just like you would with formal expressions.

Informal ‘I Hate You’ in Korean 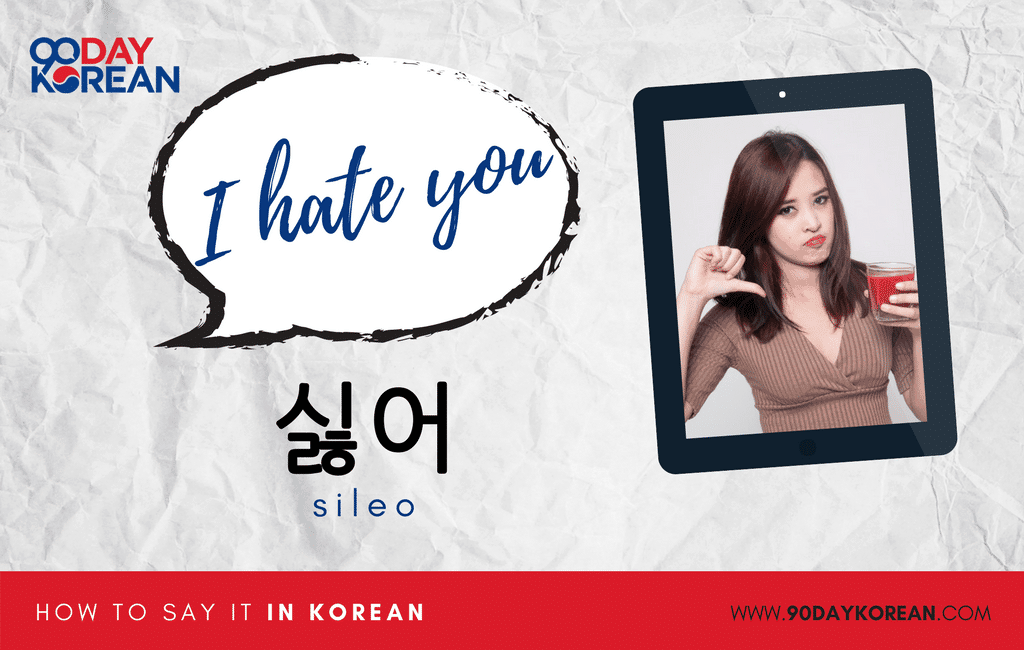 You can also just say 싫어 (sileo) or 싫어해 (sileohae) when talking about other things that you dislike.

Do you want some pizza?

Although the words in this article have been written using Romanization as well as Hangul (the Korean alphabet), not every new word you come across will be written in this way. If you really want to improve Korean, then it is recommended that you start off by learning how to read the Korean alphabet. This will help you with your pronunciation and reading skills too.

If you want to take your Korean to the next level, take a look at this list of Korean phrases  or try our full Korean course. This will help you improve your Korean in no time at all.