5 Simple Things You Can Do To Impress Your Korean Friends

Maybe you’ve made Korean friends before coming to Korea or maybe you’re looking to make new friends while here. If you’re living in or planning on visiting Korea, then you may have an opportunity to interact with some Korean people.

If so, here are five ways you can make a great impression, even if you don’t speak Korean! 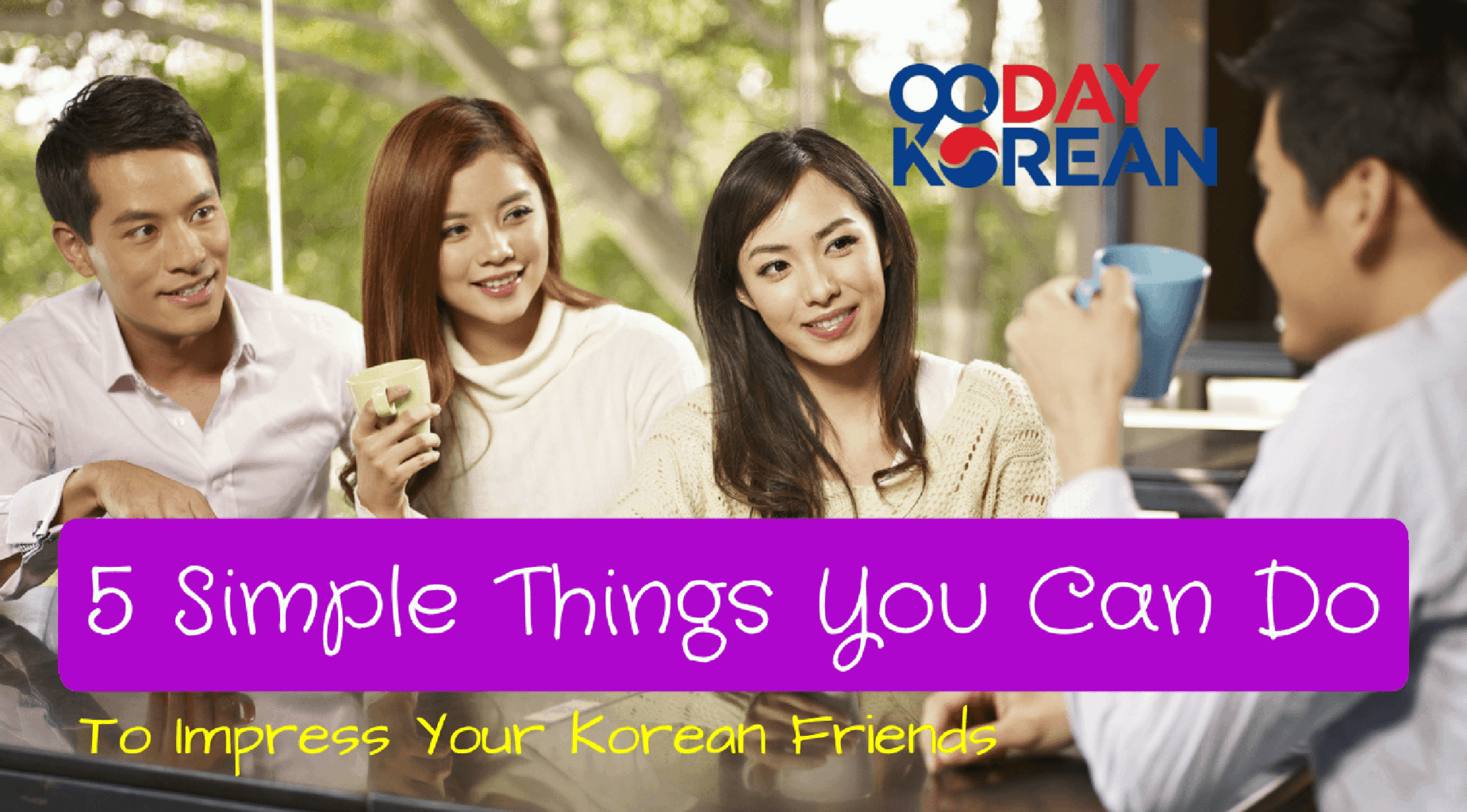 If you study Korean now and want to supplement your Korean study with some extra real-life tips, then these should come in handy. Even if the only language you speak is English, you can incorporate the Korean concepts below into your conversation and show off your knowledge of Korean culture.

It’s hard to walk past any convenience store in Korea and not notice someone chowing down on some Korean cup ramyeon noodles. If you’ve ever cooked ramyeon in the cup yourself, you know that you need to cover the noodles back up after you’ve poured the hot water in. But there’s a big problem—the lid doesn’t always stay closed so nicely. What’s a convenience store dining connoisseur to do? Koreans will often take their wooden chopsticks out of the plastic, and clip them onto the lid to keep the heat in. Fast cooking plus style points!

As you study Korean, you’ll notice that Koreans love to abbreviate words. Who has time for extra syllables?! For example, the word for a part-time job is 아르바이트 (areubaiteu | part time job). Koreans will usually just say 알바 (alba). Or, look at the Korean word 맥주 (maekju | beer) which means beer. Have you ever witnessed the magic behind mixing 소주 (soju) and 맥주 (maekju | beer)? If so, then you drank 소맥 (somaek)! These are just a few examples and there are many more. If you study these Korean words along with your regular Korean study, you’ll have an easier time talking in everyday Korean conversation.

It’s often said that a person’s command of a language can be determined by how well he or she understands humor. Why not cut that learning curve down, and just go right to the source—jokes! If you study Korean jokes, you can use them to show how well you understand the meaning of the words in Korean. There is plenty to learn. For example, you could ask, “Which country’s people are most known for their noses?” The answer is 멕시코 (Mexico). The final syllable in Mexico is 코(ko), which means “nose” in Korean. The sillier or lamer the jokes, the better!

One of the first things Koreans will likely ask you is “where are you from?” Usually, they’ll try to say whatever they know about that area. But more importantly, where are they from? If you study Korean, it’s useful to learn the nine provinces and a few facts about them. For instance, 강원도 (Gangnwondo) has the best beef in all of Korea, known as 한우(hanwoo). The next time you meet someone from that area, suggest you go grab some hanwoo together sometime! Your friend is from 전라남도 (Jeollanamdo)? Well, then he must really like 보성 (Boseong) green tea! Not only is this a great way to study Korean, but it’s also a way to demonstrate your interest in Korea.

Koreans often use a form of onomatopoeia called 의태어 (uitaeeo), which means “mimetic words”. This is simply a word that describes an action or movement. For example, Koreans may use the word 쨍쨍 (jjaengjjaeng) to describe how scorching hot it is outside. The words 쨍쨍(jjaengjjaeng) help more colorfully describe the feeling of the sun’s rays. We don’t use this in English, but it is very useful when you study Korean. You will almost certainly get a laugh whenever you use these!

Do you have any tips to be more distinctly Korean? If so, please leave a comment below!