At 90 Day Korean, it’s no surprise that we love all things Korean and Korean dramas are no exception! We’re big fans of studying Korean but also doing it in a fun and interesting way. Whether it’s studying with television, music, or movies, learning through a medium you enjoy is a surefire way to learn Korean fast! So for that reason, we’re going to start an article series of some of our favorite dramas and words you can look for to supplement your Korean studies while you watch.

So heat up your popcorn and grab a pencil because we’re reviewing the 2016 hit drama 역도요정 김복주 (Yeokdo Yojeong Kim Bokjoo) or in English, “Weightlifting Fairy Kim Bokjoo“. Let’s get started! 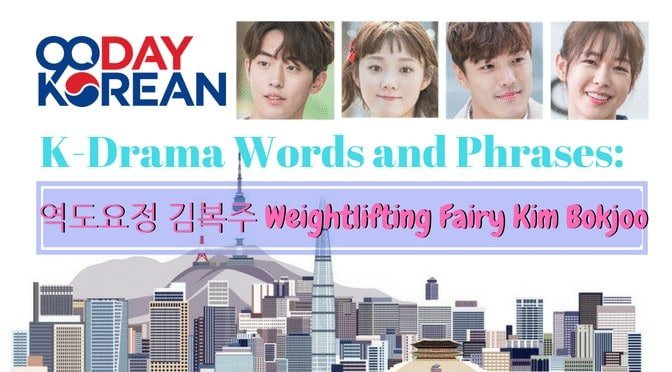 The K-drama “Weightlifting Fairy Kim Bok Joo” focuses on the lives of university students particularly Kim Bokjoo. She is majoring in weightlifting and she happens to be the ace of the department. It also portrays the aspirations and struggles that young people nowadays are going through. Kim Bokjoo and her friends try to reach for their goals. And as they go through the process, they also discover love along the way.

Kim Bokjoo found herself in love with the older brother of her school mate Jung Joonhyung who was her elementary friend. Kim Bokjoo used to be fat and was already strong when they were still in elementary school, she used to defend Joonhyung from bullies. When Joonhyung found out that Kim Bokjoo likes his brother, he starts to make fun of her. But, one day he finds himself falling in love with her.

Like any other coming-of-age drama, Kim Bok Joo gives off a good vibe for audiences of all ages. Anyone can relate to the story since it discusses a pigment of what everyone is going through or has gone through in life. If you feel that you need something light and pleasant to watch after a stressful day or week, you can be assured you’ll feel good while watching this drama.

Weightlifting Fairy Kim Bok Joo is the second drama that Lee Sungkyung and Nam Joohyuk are together, but this time they play the lead characters. They are visually perfect for each other. Through this drama, they have showcased their cuteness, playfulness and great chemistry. As they have a close relationship in real life, they were able to translate it onto their characters. 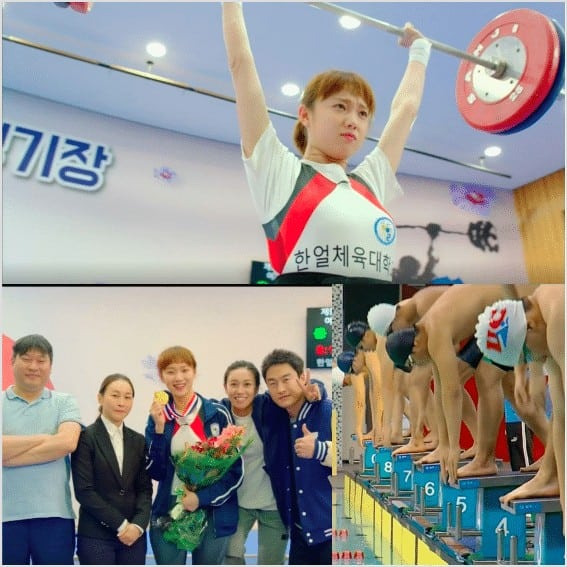 In this episode of Weightlifting Fairy Kim Bok Joo, both the main characters get into a misunderstanding and fight with each other as a result. There is also issues between the different sports departments that become evident, such as the students from rhythmic gymnastics department against the women from the weightlifting department.

So now that you know some words and phrases from the series Weightlifting Fairy Kim Bok Joo, check it out and learn even more! Let us know how you like it, and let us know what your favorite Korean dramas are in the comments below.