How To Say ‘King’ In Korean

Around the world, many different types of governments and rulers exist. Most countries have a president while others have a prime minister in charge. Many countries with prime ministers in charge have royal families. Kings and emperors, in highly respected positions, even if they carry no real power. People seem to hold particular interest towards kings, queens, princes, and princesses of the world.

So today, the new word we will learn is related to this royal topic as well. Indeed, today we will learn how to say ‘king’ in Korean! Now let’s get to learning some royal vocabulary! 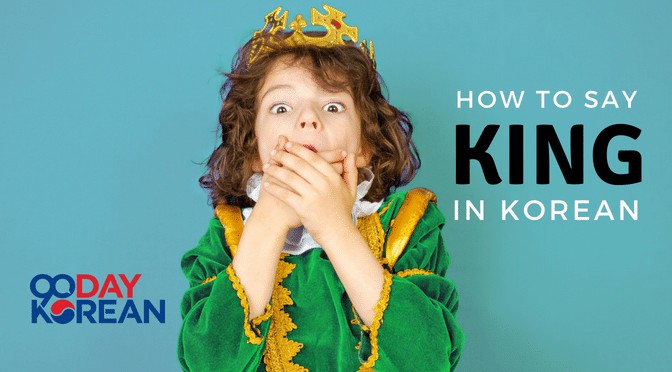 The most commonly used word for how to say king in Korean is 왕 (wang). In some situations, you may also see the words 제왕 (jewang) and 국왕 (gukwang) used. However, nearly always just the word 왕 (wang) by itself will do just fine, especially in spoken situations.

There are other words as well, but they have double meanings that are unrelated to this topic. In this article, we’re limiting the vocabulary of the word king to these three words for the time being. Just to limit confusion. Even the word 제왕 (jewang) also shares the meaning of ’emperor’.

While it is possible for you to study the words in this article simply by reading their romanized versions, you are likely to have pronunciation challenges. That’s because the romanized spelling of the Korean words using English is only an approximation of what the word should sound like.

The good news is that you can learn the Korean Alphabet in no time at all. Get your free guide here and be reading Hangeul before your next meal. 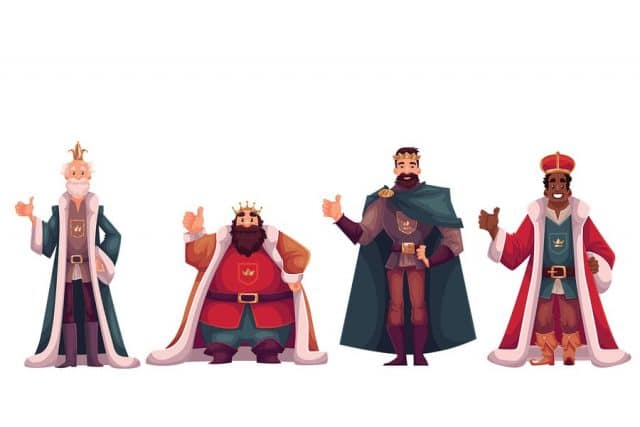 One day that prince will be crowned king.

Who will become the kind of United Kingdom?

Even that country’s king must follow all the laws.

Lion is the king of the jungle.

Now that you know how to say king in Korean, are you excited to learn how to refer to the rest of the royal family members in Korean as well? Let us know what other royal words you’d like to learn next! And come back for more great Korean words to help you learn.