Korean Hand Gestures – Know their meanings & when to use them

Have you ever heard of finger heart? It’s one of the Korean hand gestures that has grown in popularity worldwide.

Before you hop on the plane to Korea, you may want to familiarize yourself with some important points of Korean culture, society, and customs, including these hand signs. You’ve probably checked off your list already some of the basic vocabulary, what to pack for each season, and even learned some holiday traditions. 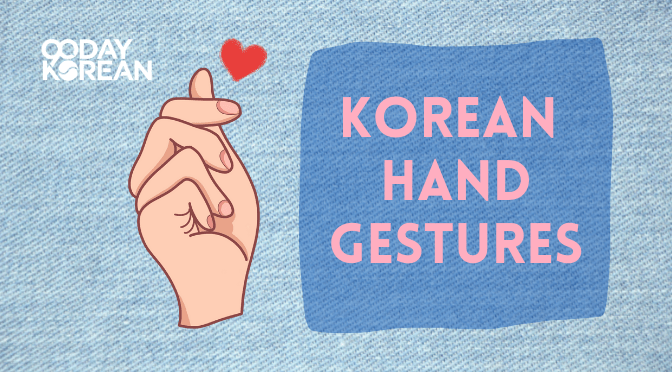 Thus, to decrease confusion and the language barrier between you and Koreans, we’ve included the most common hand gestures in Korea on this page for you to learn and review.

What are Korean hand signs/gestures?

These hand gestures are movements of the hand used in Korea that is meant to express something to somebody. This is often used in conversations to further emphasize one’s point. Sometimes, these gestures are made when taking photos.

Why is learning about Korean hand gestures important?

Something many of us may not even think to educate ourselves on are the hand signs from a certain place. Hand gestures used, as well as the meaning of hand signs, change depending on country and culture. This is why it is important to know the ones used in Korea ahead of time.

It’s interesting to note that not all movements of body language are strictly universal after all. And thus, what is acceptable in one country, may actually mean something offensive in another one. You wouldn’t want to accidentally offend anyone, after all!

Korean hand signs and what they mean

Below we’ve given you a list of the most common hand signs that you can find in use among Koreans. It will be quite useful for you to learn these, especially if they are vastly different from what’s in use in your own country.

So check out this list to know which gestures are okay to use in South Korea and which ones you should probably save to use until you’re back in your home country!

Learning these Korean gestures will also enable you to have an easier time communicating with the locals. There may be moments when you’ll forget a word or an expression, but instead, you can use gestures and body language to make up for it.

If you follow any Korean actors or actresses, you’ve probably seen this hand gesture a lot. The Korean finger heart is done by pinching together your thumb and index finger and then skewing one of them onto the side slightly so that it forms a shape resembling that of a heart. 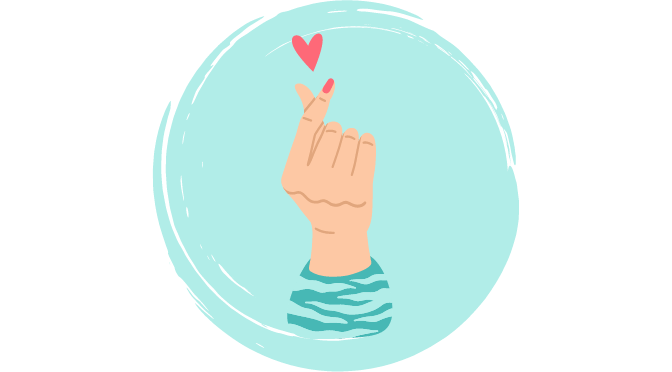 This heart gesture is a symbol created in the past couple of recent years, likely having originated from Korean celebrities or K-pop artists. You’ll also see this often in romantic K-dramas or Korean movies. So if you like K-pop and K-drama, you most likely have seen this hand gesture. It has quickly become popular also with the general population to use, and it looks like it will be staying in use for many years to come.

The most famous hand gesture attributed to East Asian cultures is, of course, the peace sign. The index finger and middle finger create the form of a V, with the thumb squeezed over the two other fingers.

It is a wildly common gesture to use when posing for photos, although you may not see it in use much outside of that. When it is used in situations apart from taking photos, it is usually an indication of being proud of something.

Palm down when beckoning

In many Western cultures, when you want to gesture to someone to come over, you will hold your palm up and wiggle your fingers to do so. Well, when in South Korea, be sure to do it the upside-down way, with your palm down.

This is an important one to remember, as the Western way of gesturing will have your Korean friends thinking you’re trying to call over an animal rather than a person.

Two hands in use when giving or receiving something

This is another one that’s important to remember if you want to ensure you’re being respectful. In Korea, you ought to receive an object, as well as give it to someone, using both of your hands. If you only do it with one hand, you will be seen as disrespectful. One example would be receiving a business card from someone, which you ought to receive using both of your hands. 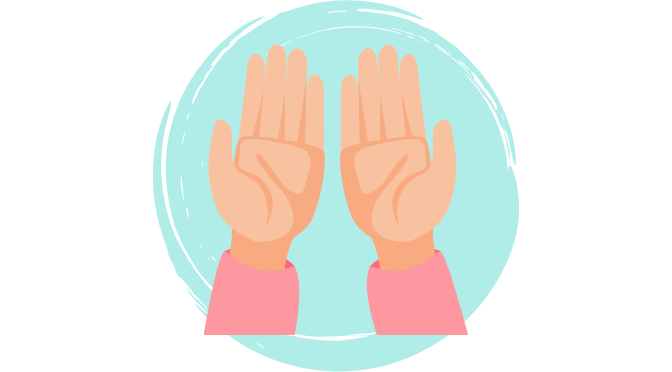 Your friends may be more forgiving, especially as this is a fairly common mistake foreigners make. However, the elderly and those with higher status may not think of you kindly.

Two thumbs up for yes…

Instead of using just one thumb to signal a “yes,” it’s normal to use both thumbs to do so. You can also use this to indicate “well done,” whether it’s a job or an accomplishment, or something else similar. It’s typically done only among friends, however. 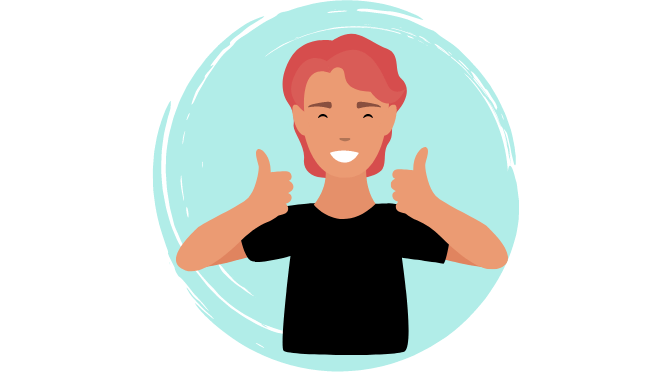 …and two arms crossed for no

Although a bigger expression than a simple shake of the head, this does get the expression across clearly even when there is no common language in use otherwise. Besides a simple refusal, this also expresses that something is prohibited. You can also do a double hand wave to express the same. 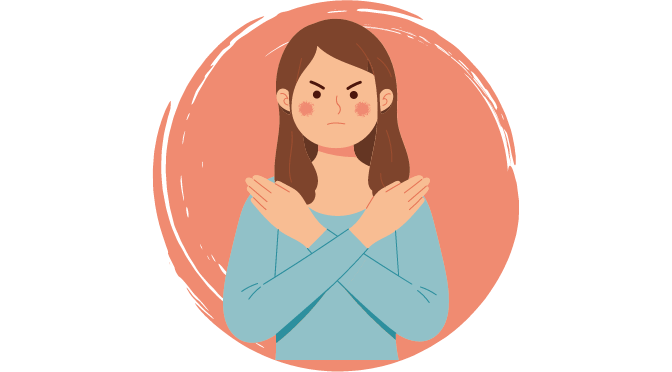 The origins of this gesture are unclear, but this is especially common among women to do. It can be done to seem more feminine, or coy, or simply to avoid embarrassment. 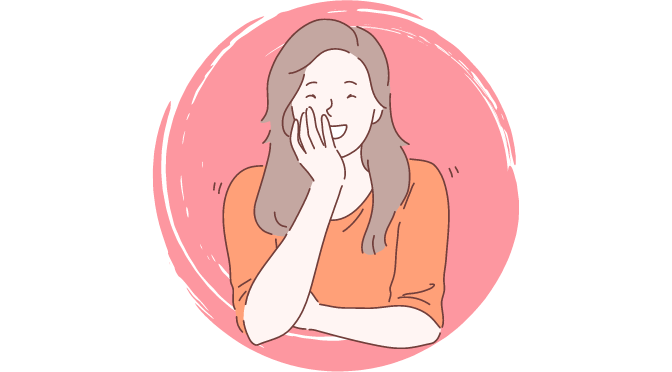 In Korea, it’s totally normal to talk about money and financial affairs in an everyday manner. Thus, it comes as no surprise there’s also a money sign in use as one of the common hand signs. There are actually two money signs if you think about it carefully. 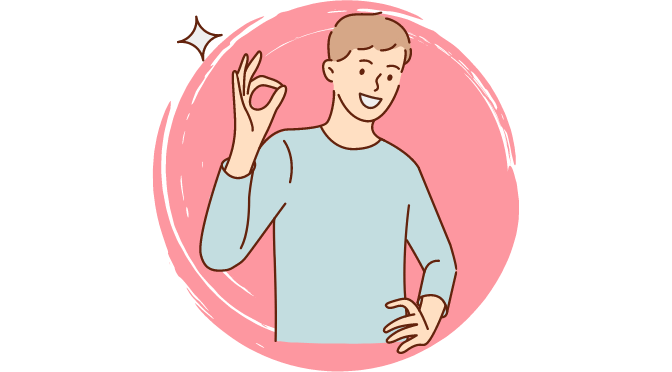 For both, first, place your fingers as if you are making the OK sign. Then, flip your palm around so that your thumb is on top. Leaving it like that turns your sign into that of a coin. If you then rub your thumb against your index finger and middle finger, you are further creating the other money sign. 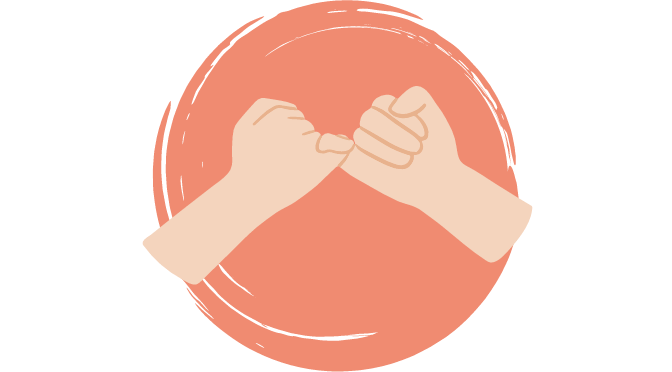 Besides the newer and smaller finger heart, Koreans have since long ago been using a heart gesture to showcase their love and affection. In this “original” Korean heart sign version, one places their arms above their head to make the shape of a heart. 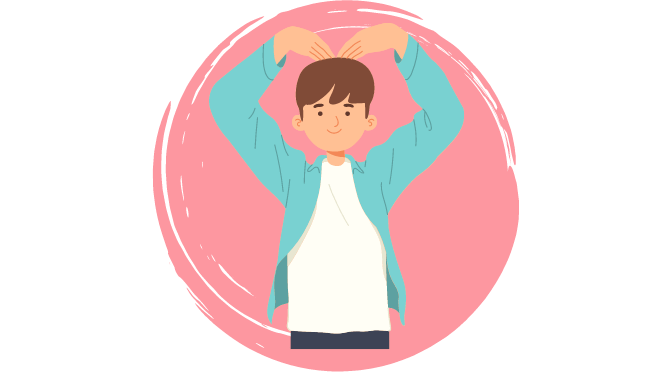 Wow, wasn’t that a fun time learning the different Korean gestures in use? How different or similar to hand signs in your home country are they? Just like all of our home countries, Korea also has an interesting culture and language, all the way down to typical hand signs and body language.

And now that you, too, know these expressions, your daily communication with Koreans just got much easier and more natural!

If you enjoyed this and would like to know more about the Korean language next, you can check out our article on Korean phrases.