In this article,  you will learn all about Korean names.

Knowing someone’s name is important to properly address the person. If you don’t know it yet, you can always ask. But it’s more than just that in the Korean culture. 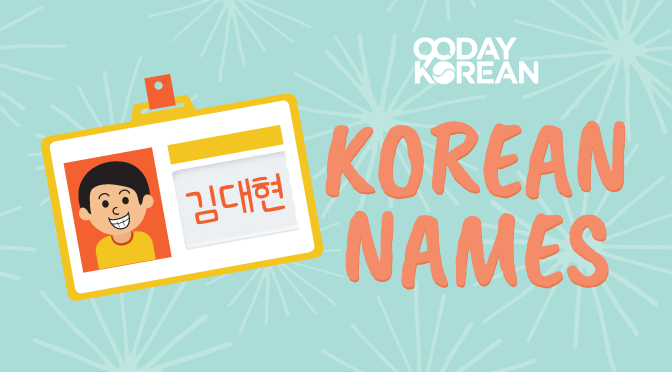 Listed below are the different Korean last names and first names. We’ve also added the meaning of some of these names to help you have a better grasp of Korean names. Let’s get started!

Below are lists of common South Korean family names and Korean first names.

Here is a list of the top Korean last names in both English and Hangul, along with their meaning.

Below are the top Korean first names in English and Hangul. It also includes the meanings of these native Korean words.

All About Korean Names

What’s in a name? Well, in Korea — a name can mean quite a bit actually!

Many South Korean parents will spend a lot of time and money to come up with the perfect name for their child. It’s not just about choosing a name in Korean that will make their child popular. They believe that names can determine their destiny.

Almost all names in Korean have a deeper meaning through Hanja characters (Chinese characters). These names are called Sino-Korean, but more on that later. 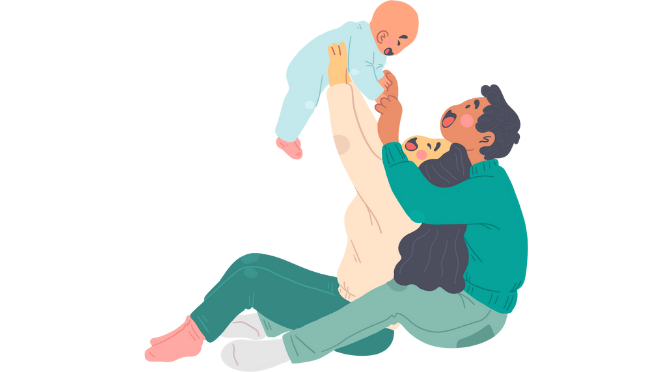 With a child’s future on the line, it’s important to come up with a good name in Korean. The family doesn’t necessarily choose a name because it’s popular, but will often choose one that means something in Korean.

How do South Korean Names Work?

You may have seen South Korean names before. Maybe you have a favorite K-pop star, K-drama character, Korean movie character, or Korean athlete. Do any of these popular Korean individuals ring a bell?

As you can see, most names in Korean have three syllables.

You should try to stick with a three-syllable name as well when coming up with a name in Korean for yourself. It’ll make it much easier for your Korean friends and acquaintances that way.

The name above is 김 민수 (Kim Min-su) with 김 (Kim) as the last name and 민수 (Min-su) as the given name.

Korean names usually consist of three phonetic units or syllables. They’re made up of the last name and the first name with two syllables. Let’s look at an example name:

Here are some examples.

There will be many different Korean first name combinations. Although some will be more common than others, you’ll constantly run into new ones you’ve never heard of!

South Korean last names usually have a single syllable. However, sometimes there are two-syllable last names, but they are rare. Some examples are 사공 (Sa-gong) and 남궁 (Nam-gung)

In South Korean culture, the same name (Korean given name) is usually not passed down from generation to generation (i.e. from father to son, mother to daughter). However, it’s possible and quite common for South Korean parents or a South Korean family to have a generational name.

Basically, a generational name syllable means a single Korean character with an individually distinct syllable (Hangul or Hanja characters) is shared within the family. Although this isn’t practiced as much in modern Korean names.

For example, it’s popular for parents in South Korea to name their kids with the same first syllable if the genders are the same, i.e. 지우 (Ji-woo) and 지훈 (Ji-hoon), 유진 (Yu-jin) and 유림 (Yu-rim)

Almost all names have a Hanja spelling. Hanja is the word used to describe a Chinese character in Korean and is an important part of the language. You can see this in Sino-Korean names such as Eun (은 | 恩 = kind) or Hyeon (현 | 賢 = virtuous).

Hanja adds an additional aspect to the meaning behind a name in Korean.

How to Pronounce Korean Names

If you’re not used to pronouncing Korean names it’s best to brush up on that before diving in with a name of your own! And that means learning to read the Korean alphabet. It takes about 1 hour and you will be able to pronounce names in Korean correctly.

You can also estimate their pronunciation by writing them out in English. The next section below will show you how to change South Korean names to English letters.

How to Write Korean Names in English

If you need to convert a name from Hangeul to English letters, your best bet is to follow the standard Romanization of the Korean System. If you use these rules, you’ll reduce your chances of confusion.

Below are the consonants included in the Korean alphabet:

Let’s Romanize the name “윤민지” using the rules above.

Put them together and you’ve got “Yun MinJi”.

You will definitely see variations on how Korean names are spelled in Romanized Korean, but that’s how it’s done according to the Romanization rules.

Why Korean Names in English Are Confusing

Let’s say you see a name in South Korean written in Romanized Korean that looks like this:

This is a common problem that most South Korean learners face with writing names in South Korean using English letters. Koreans will use various combinations of English letters to spell their names in English depending on their personal preferences, so it’s hard to know how to pronounce their name in Korean until you ask or you make a mistake trying it.

Therefore, it’s easier and more precise to use Hangeul!

6 replies to "Korean Names – List of Common First and Surnames"