Korean writing – How to form syllable blocks and words

Korean writing, at first glance, may appear to be similar to Chinese or Japanese, especially if this is a new language to you. But upon a closer look, especially with a piece of text by each language placed next to each other, it’s easy to see Korean is quite different. 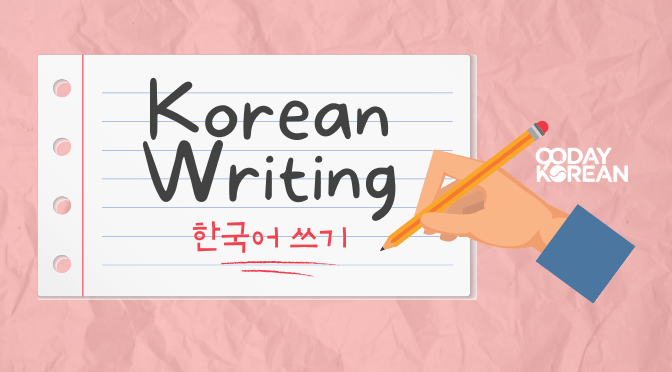 Some may even be mind blown when they realize that Korean isn’t written by characters but with their own alphabetic system. This can certainly gain one’s interest in how Korean writing works.

This article aims to offer you an overview of how to write Korean words and, eventually, full sentences to help with your Korean fluency.

Introduction to the Korean writing system

Before we head on to the system of Korean writing, it’s best to take note of the following important points.

Chinese vs Japanese vs Korean writing

In a beginner’s eyes, writing systems look the same and can often be confusing to learn. The difference between Chinese, Japanese, and Korean writing can sometimes be hard to distinguish at first glance. Thankfully, compared to Japanese and Chinese, Korean is much easier to learn.

If  you’d like to know how to write Korean letters, you can start by learning the Korean alphabet together with us. This resource is helpful even if Korean is a new language to you. If you have to go check out the Korean alphabet article first, don’t fret – it only takes a little bit of your time to learn Hangeul, and then you can come back here!

If you’ve already concluded that step and learned about the stroke order, you can continue diving deeper into the Korean writing system.

As you learn Hangul, do take the time to learn the specific stroke order of each letter. After that, you’ll finally be ready to practice more aspects of the Korean writing system with us in this article!

South Korea also uses Chinese characters, called hanja, but they are not used as widely. You may want to learn them for fun, but they’re not essential for survival.

Korean writing is done through syllables. That means that while each Korean or Hangul alphabet is its own letter, none of them appear alone. Instead, two or more of the Korean alphabet letters are constructed into one block. Therefore, each word also comprises one or more Korean syllables.

There are numerous ways each letter can be combined into a syllable. However, there are certain rules for constructing the letters within a syllable.

Start with a consonant

The first rule of thumb is that each syllable block begins with a consonant. This means that when the syllable technically only consists of a vowel, it gets combined together with the letter ㅇ, so the first letter is still a consonant—for example, the Korean vowel ㅏis not written as ㅏ but as 아.

Although the letter ㅇ normally has an “ng” sound, in these instances, it’s quiet and simply added there due to the Korean writing rules. Of course, no syllable can exist without at least one vowel included, either.

The way each syllable is constructed depends on the vowel used. If it’s a vertical vowel, in other words, ㅣ, ㅏ, ㅓ, and so on, then the initial consonant is placed on the left side of the vowel.

If the vowel is horizontal, so ㅜ, ㅡ, ㅗ, and so on, then the first consonant should be placed above the vowel. Additionally, it is possible to have one final consonant, two final consonants, or none. Below we have illustrated possible block combinations of syllables.

It is not formed in a horizontal line

To illustrate further, when you write using Latin characters and many otherworldly languages, you will simply place each letter in a sequence. Like this:

However, in the Korean language, you will have to place them into specific blocks, which together then form the word.

So, in the case of the same word, but in Korean, it would look like this:

This is an excellent example of forming the block both using a vertical vowel and a horizontal vowel.

As you may notice, writing it as ㅎㅏㄴㄱㅜㄱ wouldn’t even make any sense. Therefore, using Korean syllable blocks to write comprehensively makes the most sense. 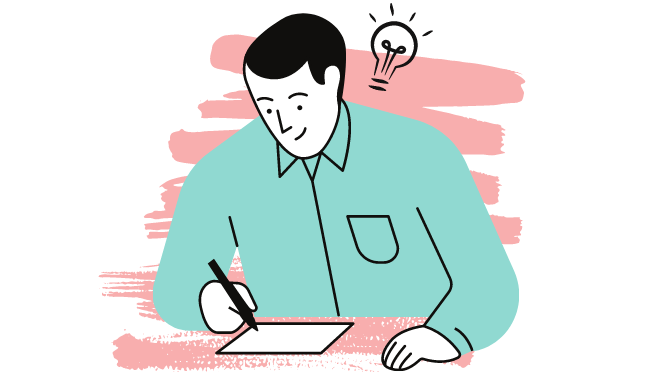 Now that we have covered the basic rules of writing syllables, it’s time to start looking at practical examples of them. By learning Korean and practicing this, you establish a great foundation of Korean writing skills.

Step 1: Figure out which vowel you are using

As the vowel used in the syllable determines the placement of the Korean consonants, this is your starting point for building one. Are you using a horizontal or vertical vowel?

Step 2: Determine whether your syllable ends with a vowel or a consonant

Now that you have determined the ingredients of the syllable block, you can “fill in the blanks,” so to speak. Note that English and other language sounds are unreliable for telling you how each block should be formed. Hence, it’s best for you to master Korean pronunciation while forming syllables.

Now that you know the rules for writing a word and have a step-by-step guide for creating them, it’s time to start your writing practice!

First and foremost, practice reading and writing syllables with only one consonant and vowel, as presented below. This is how Korean children learn to read and write, too.

Writing words with one syllable

Of course, many blocks of syllables include 3 or even 4 Korean letters. You can practice forming these blocks first for one-syllable words before moving on to more complex ones. Below are a few examples with their romanized Korean version.

In the case of the last word, 닭 (dak | chicken), you may have noticed we also come across some specific pronunciation rules. When there are two final consonants, one may become a silent one, as in this example. 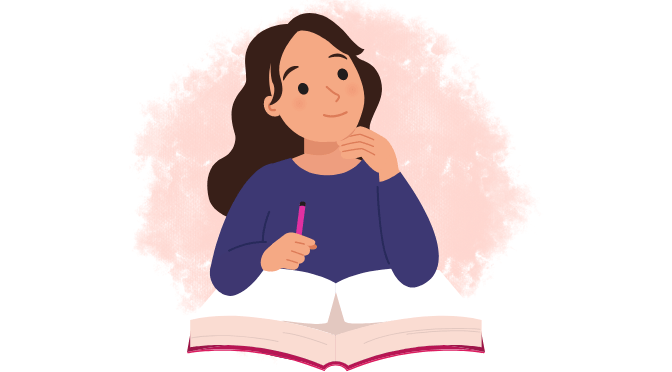 However, the pronunciation also depends on which syllable follows it. Thus, depending on the word as a whole, the ㄱ may also become audible while ㄹ will become silent, or they may both get pronounced! You can start learning Korean pronunciation with our guide, which has been linked above.

Next, let’s go over some longer words for practice.

By now, you should be properly familiar with the Korean alphabet letters and forming syllables and Korean words too. If you are also well-versed in pronouncing Korean words, then creating those syllables presented above should be easy.

Now that you have better knowledge in writing in Korean, you can practice writing different words and even your Korean name! If you don’t have one yet, learn how to have your own Korean name through our full article about it here.

Next up on your road towards Korean fluency is writing practice on those syllable blocks! Perhaps you could do so with the help of our article on the most common Korean words and nouns? Also, let us know what you thought of the Korean way to construct syllable blocks in the comments!