Learn Korean with KPop – Easy songs to sing along to

Looking for a fun way to learn Korean with KPop Songs?

Well, if so, you’re in luck! Below, we’ll go over some of the lyrics for a few popular Kpop songs and give you explanations about what they mean. Then you can use them in your day-to-day interactions in Korean or sing along to the songs. 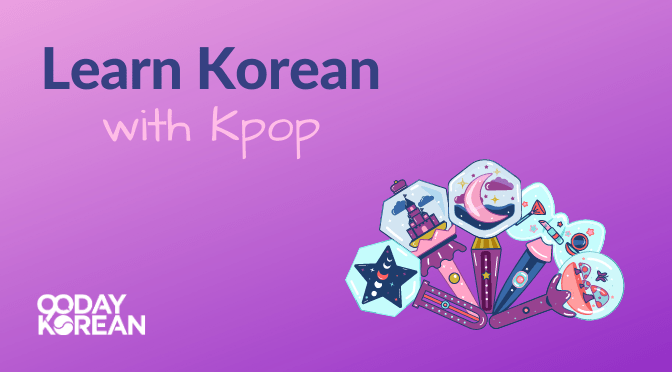 By the end of this article, we’re sure that you’ll have another reason to love and learn the Korean language!

This article includes phrases written in Hangul, the Korean alphabet. If you can’t read Hangul yet, it’s possible to learn in about 90 minutes, so what are you waiting for?

One of the most effective ways to learn Korean is to study Kpop song lyrics.

The great thing about this study method is that song lyrics are easy to memorize. If you learn Korean with Kpop, then the new grammar or vocabulary that you pick up from the songs can help speed up your Korean learning and also make learning more fun.

Even better, if you use K-pop phrases in your flashcards, you’ll be reminded of the song, which will make it even easier to remember!

So, how do you learn Korean with Kpop? It’s actually very easy. A lot of bonafide Kpop lovers and language learners will tell you that the first Korean words and phrases that they’ve learned were actually lyrics from their favorite Kpop Song!

Because the music helps you recall Korean vocabulary, Kpop lyrics are a fantastic location to start learning Korean words, phrases, and expressions. Add in the fact that if you’re a genuine fan of a certain group, you’ll be singing the song over and over again, which will help you memorize Korean phrases even more.

You can study Korean with the Kpop idols that we’ll be mentioning below. We’ll give you a brief introduction to these Kpop idols and some of their easy Kpop songs to sing and learn Korean from. Let’s do this!

Bigbang is a K-Pop group that rose to stardom in the early 2000s. They have a huge fanbase and remain extremely popular. In early 2018, they made a comeback with the single Flower Road. As always, Bigbang produced a solid hit. 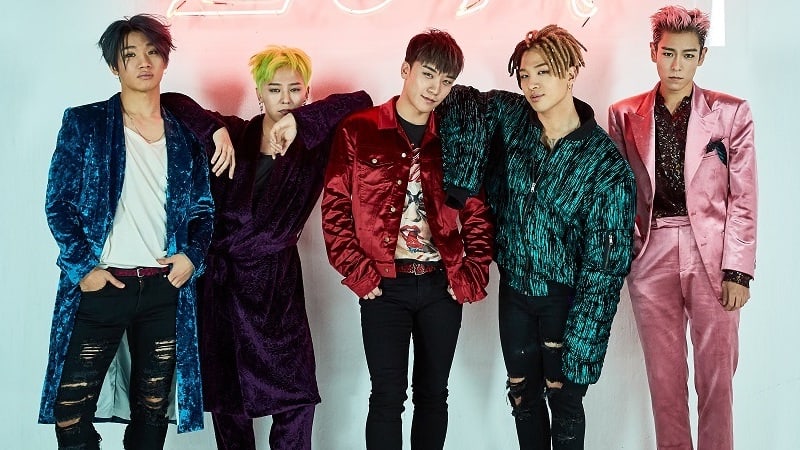 This Korean song was produced by two members of the group, G.Dragon, and T.O.P. It was written as the last song before their hiatus due to military enlistment.

In the song “Flower Road”, let’s look at these lyrics:

Let’s go over the meaning of the first line:

If you miss me, then come back to me

Black Pink debuted in 2016 and was an instant hit, topping sales charts and winning New Artist of the Year at the Seoul Music Awards. They solidified their status as an all-star group with hits throughout 2017. 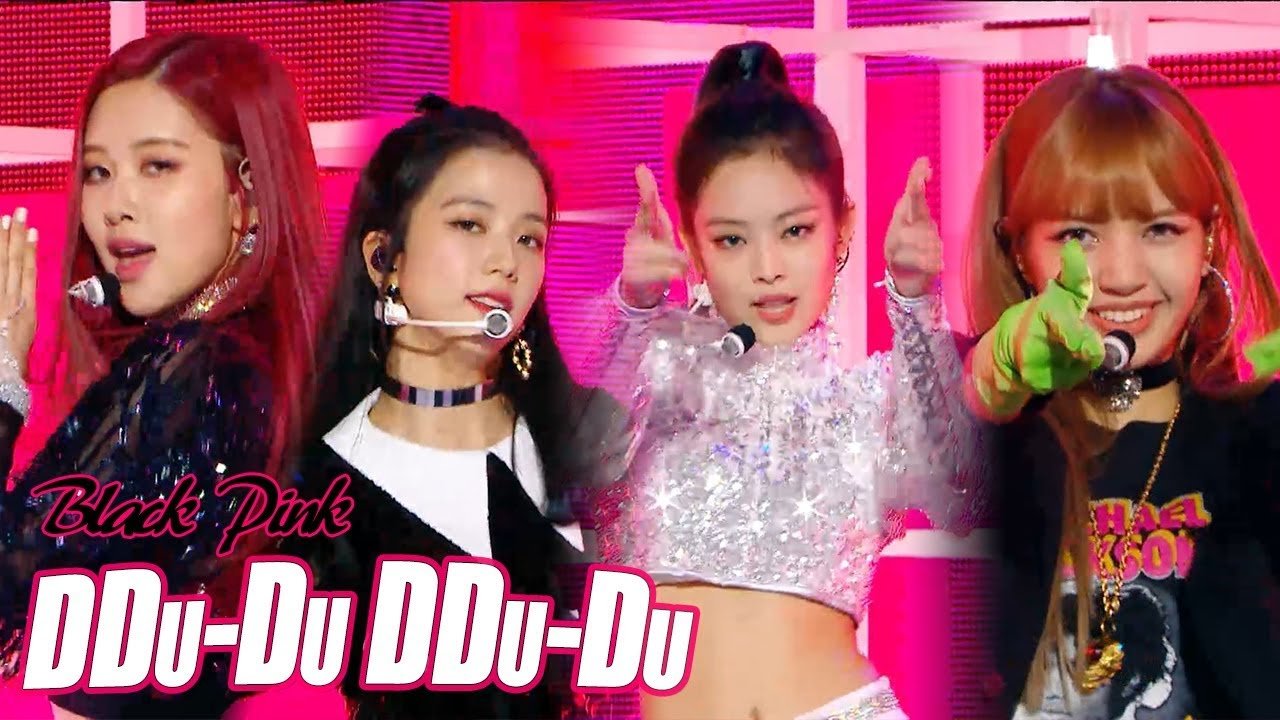 In 2018 their hit “Ddu-du ddu-du” topped the charts on its release and the music video garnered over 30 million views in its first 24 hours, becoming the most viewed video by a Korean group in that timeframe.

Let’s take a look at these lyrics from their song “Ddu-du ddu-du”:

Let’s go over the meaning of the third line:

Roy Kim is a singer-songwriter who debuted through a popular singing competition, Superstar K. He is known to have a unique genre as he utilizes folk, ballad, acoustic, and pop in his music. 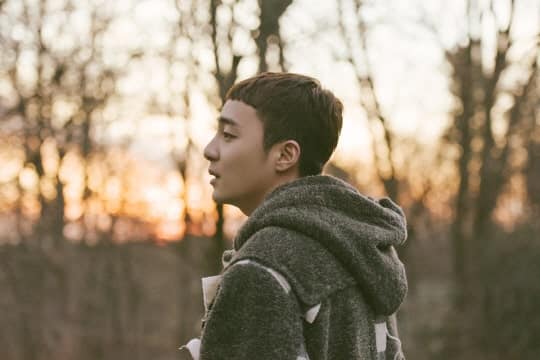 This Korean song is about a person who is in a relationship but talks about when they would know to break up. This song was covered by BTS’s Jeon Jungkook. You can see this theme in the following stanza.

Let’s take a look at this stanza from his song “Only then”:

Let’s go over the meaning of the first line of the stanza above:

The second line of the stanza has the following meaning:

If I get used to being without you

Let’s take a look at the third and fourth lines of this stanza:

When that time comes, when that happens

Then, we can break up

BTOB is a K-Pop group known for its superb vocals. The group has been active in the industry since 2012. Besides their vocals, they’re known to be gifted dancers as well. Recently, they made a comeback with the song “Only One For Me.” 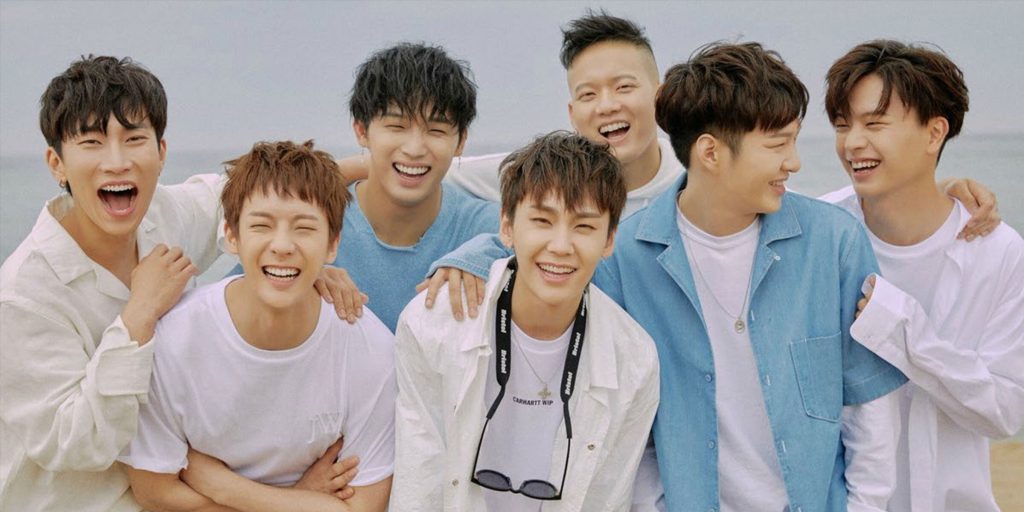 This Korean song is about a person who decided to pursue and confess his feelings toward the woman he loves. He wants to express his feelings so he won’t regret them in the future.

Let’s take a look at these lines from their song “Only One For Me”:

Let’s go over the meaning of the first line of the stanza, which is made of 2 phrases.

I can’t be without you

I must be with you

The next line of this stanza has the following meaning:

No matter what I think, in the end, it’s still you.

Another line from their song has the following meaning:

I think I’ll regret it for the rest of my life.

Former Wondergirl and 4Minute singer HyunA’s song 빨개요 (ppalgaeyo) moves away from the sickly-sweet image of her that listeners of her previous hit song “bubble pop” might’ve had.

Although the lyrics 원숭이 엉덩이는 빨개 (wonsungi eongdeongineun ppalgae | a monkey’s butt is red) are the most catchy of the song, you might find that particular phrase a little bit difficult to use in general conversation. 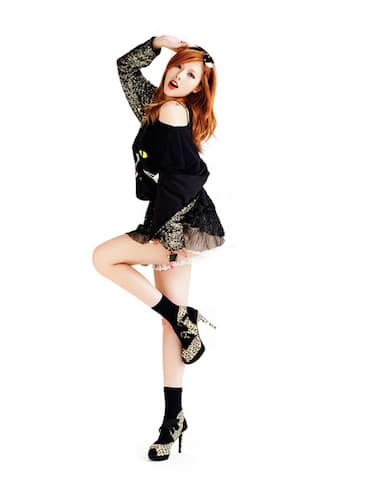 Here’s a line from her song “Red:”

This line is made up of 2 phrases. Let’s take a look at the meaning of these phrases.

Don’t leave me/ don’t go without me

Many K-pop songs use contractions so that the lyrics fit into the song. For example 나는 (naneun) becomes 난 (nan) and 나를 (nareul) becomes 날 (nal). This is important to look out for as these contractions might not come up straight away in a dictionary.

For the 2nd part of the line, below is the meaning of the words in it. 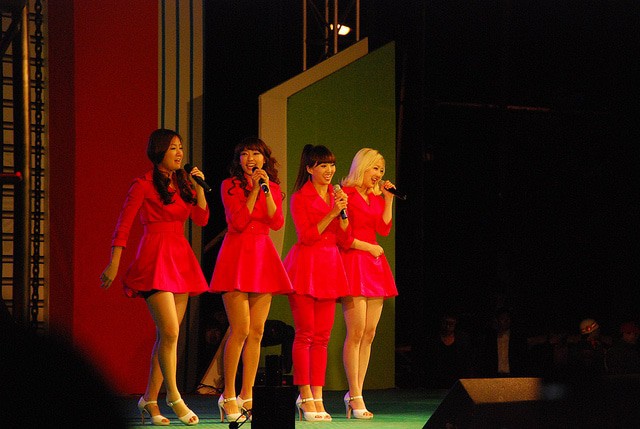 Let’s take a look at this line from their song “Touch My Body”:

Here’s the meaning of the line:

The stars we are looking at together

Another line from their song is:

I’m happier than anybody

As you can see, the word order is different in Korean than in the related Korean expression. In this line, ‘A’ (제가 | jega) has been omitted to make the lyric fit into the song.

“Touch my Body” has lots of English in it, and the words 우리 (uri | we/us/our) and 지금 (jigeum | now) come up a lot. It could be quite an easy choice to sing along to for some parts, at least.

The wolf  (늑대 | neukdae) in this song title is a word often used as slang for a guy who hits on women. 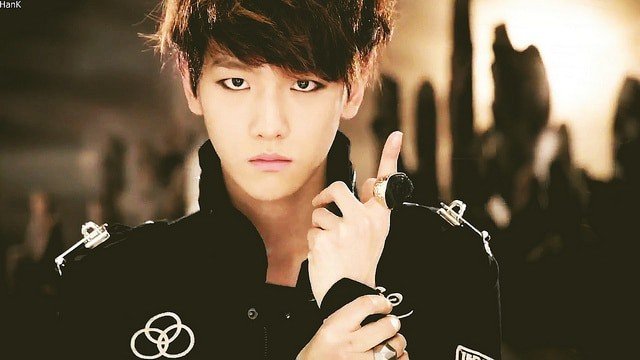 Here’s a part of a line from their song “Wolf”:

Miss A – I Caught Ya

Here’s a line from Miss A’s song “I Caught Ya”:

You have no right to be sorry

As mentioned before, Kpop lyrics often use Korean in a strange way, and this song is no different, using 요 (yo)when there is no need to be polite to a cheating boyfriend. It also sounds a bit strange when compared to some of the song’s other lyrics, like 시끄러우니까 꺼져 줄래요 (sikkeureounikka kkeojyeo jullaeyo | shut up and get lost please).

Let’s take a look at the following stanza from 4 Minute’s song “Crazy”:

Here’s the meaning of the following lines:

Look at me and go crazy

Ready to learn Korean yet? Click here to learn about our 90 Day Korean learning program!

Remember, when you learn Korean with Kpop, you need to be careful because, as with Korean dramas, the language used isn’t always the most natural way to say something.

Now that you know the meaning of the lyrics to these songs, you can practice while listening and try to form your own sentences. You might even get to sing these in Korean karaoke! What K-pop songs would you like for us to break down for you next? Which songs do you think would be the most useful to use when learning Korean? Which Korean songs do you like best for studying? Or most important, which K-pop groups do you think are the best? Let us know in the comments below!