Is there such a thing as “LOL” in Korean? Laughing is similarly present in Korean text messaging as well. But can you actually use this phrase in Korean? Well, not exactly, or at least it will be extremely uncommon to see a Korean use “LOL” when texting – even if they’re texting you using English. 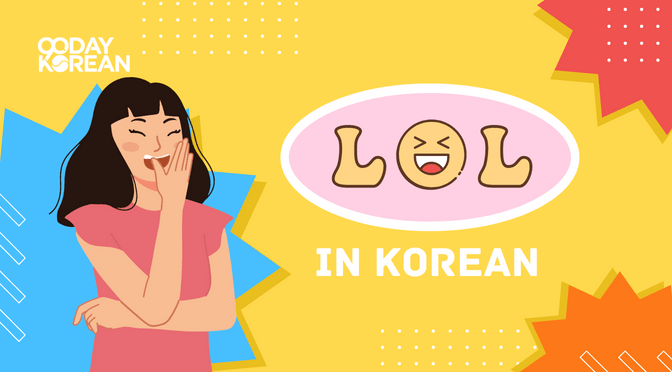 Ever since we were first born into this world, one of our favorite things to do has been to laugh. And since the moment we learned to write, we’ve been finding ways to include laughter into writing as well. After the revolution of the internet and mobile phones, we took upon new ways to express laughter, including the worldwide famous text slang, “LOL.”

Thus, to add a more natural flavor to your Korean written text, let’s go over some ways Koreans laugh in their text messages!

How to say “lol” in the Korean language

As we mentioned above, the word “lol” itself is not used in the Korean language or texting. However, multiple different ways to laugh in Korean texting do exist. Hopefully, you’ll find them easy and fun to use!

How to use each Korean laugh symbol

As there are different ways of laughing in Korean that you’ll hear from people, the same goes for their written version. In this section, we’ll show you the different ways to express a Korean laugh through text.

Even if you’ve never had a text message conversation with a Korean person, if you’ve seen just one episode of a Korean reality show, or comedy show, you’ve probably seen ㅋㅋ in use. It’s the most common way for Koreans to express laughter over text.

How many ㅋ should I use?

You don’t have to limit this Korean laugh symbol to just two ㅋs. You can use as many as you feel is appropriate in each situation, be that ㅋㅋㅋ or ㅋㅋㅋㅋㅋㅋㅋ, for example.

You can think of ㅋㅋ as the Korean version of lol. And if it’s funnier than that, something that in English would reward the use of capitalized LOL? Then more ㅋs are added! And what if it’s so funny, you are probably actually laughing over the text and would otherwise respond with LMAO or ROFL? Then add many ㅋs!

On the other hand, if you only use one ㅋ, you often aren’t actually laughing but being more sarcastic or displeased than anything.

How to pronounce ㅋㅋ (kk)

The pronunciation of this is seen as 크크크 (keukeukeu). And in fact, you can also, on occasion, see someone typing 크크크 instead of ㅋㅋㅋ. You can also type it as 키키키 (kikiki) if you want to look cute.

While ㅋㅋ (kk) is best used for extreme laughter, ㅎㅎ (hh) is the best when you want to express the word “haha.” ㅎㅎ (hh) is also used quite commonly, and you can also use as many ㅎs as you find appropriate to match how funny you found something.

It is pronounced as 하하하 (hahaha), just as you would expect based on its meaning. Therefore, some people may also use 하하하 (hahaha) rather than ㅎㅎㅎ (hhh) when expressing “hahaha.” You can also write it out as 헤헤헤 (hehehe).

Pronounced as 푸하하 (puhaha), this is the equivalent of when you want to write out “bwahaha” in English. This is not used as commonly and thus may initially seem like an unintentional typo.

However, it is appropriate to use in situations when you want to express a big burst of laughter. 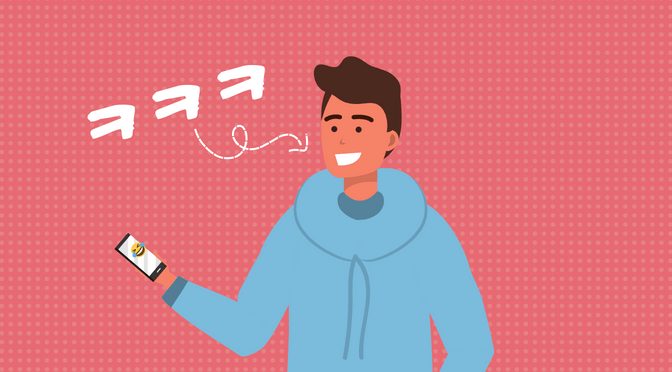 Other ways you can express strong emotions in Korean texting

Now, above, we went over the main ways in which Koreans utilize “lol” in their texting habits. However, there are a few more fun initialisms you may want to learn to use in daily text conversations going forward. These can be used depending on what emotion you currently feel.

Standing for 덜덜 (deoldeol), is something you can use to express that you are scared of something. For example, a big upcoming exam or a horror movie you just saw.

This is the shortened version of 몰라 (molla), which means “I don’t know.” In other words, when you want to type out IDK, you can use ㅁㄹ (ml).

These are both shortened from 재미있게 (jaemiitge), which means “in a fun way.” You can use it to say you’re having fun.

Finally, this is one amazing way to describe that something is making you laugh a lot. It translates as “dying from laughing,” so you can use it whenever something is really funny. You can use it instead of multiple ㅋs, for example.

Before we wrap things up, here’s one more related vocabulary for you to learn. You can say “laugh” in Korean as 웃다 (utda), which is used as a verb.

On the other hand, you can also use it as a noun by saying 웃음 (useum).

Yay! Now you know how to laugh right while texting in the Korean language! It’s cool to actually learn Korean through laughter. Although it may seem like a silly lesson, it’s quite relevant information to know if you want to communicate naturally with your friends. How is laughter expressed in your country? Let us know in the comments below!

Next up, why not learn some more Korean emoticons to use next time you text?