How to Say “Merry Christmas” in Korean

Ready to celebrate Christmas in Korea? Then you must learn how to say “Merry Christmas” in Korean! 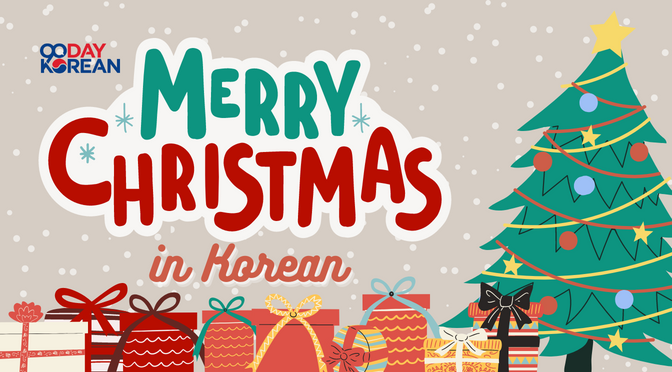 If you’re going to South Korea to celebrate this holiday season, or maybe you want to bring  Korea to your Christmas, then you’ve come to the right place!

Before we learn how to say “Merry Christmas” in Korean, the first word that we should learn is “Christmas,” which is 크리스마스 (keuriseumaseu).

Another word for “Christmas” in Korean is 성탄절 (seongtanjeol). However, this isn’t as widely used as 크리스마스 (keuriseumaseu).

Christmas is a national holiday in Korea, and you will see Christmas decorations, Santa Claus, and a Christmas tree or two around Seoul during the festive period.

A lot of Christmas traditions are celebrated in Korea as well. Just like other countries celebrating Christmas, Koreans also greet their friends and loved ones with a happy Christmas and wish each other the best yuletide greetings.

Learning how to express “Merry Christmas” in Korean is pretty straightforward, so be sure to wish all of your Korean friends a Merry Christmas!

How to say “Merry Christmas” in Korean

There are several ways to greet someone during this holiday; we’ll show you some of the ways here.

Before we head on to each phrase, here’s a video that will teach you how to say this greeting.

The first one is the formal version of this greeting.

This is the formal way of saying “Merry Christmas” since it has the –십시오 (sipsio) ending. You might see this on signs, posters, or cards. You can safely use it with all groups of people, and nobody will get offended.

You can form this greeting with the words 행복하다 (haengbokada) which means “happy” or “blissful,” and  “Christmas” which, as you’ve learned above, translates to 크리스마스 (keuriseumaseu).

If you’re at a formal event, add this version of “Merry Christmas” into the mix. 성탄절 (seongtanjeol) is the Korean word for “Christmas,” but it’s not used as often as 크리스마스 (keuriseumaseu). Next are the standard, friendly, and polite ways to say “Merry Christmas.” You can use it with anyone, no matter where they are in rank compared to you.

It is a handy phrase to learn as you can use it to wish somebody a good weekend (주말 잘 보내세요 | jumal jal bonaeseyo) or a good vacation (휴가 잘 보내세요 | hyuga jal bonaeseyo). You can also use the past tense version of the word “잘 보내셨어요? (jal bonaesyeosseoyo?)” to ask somebody how their weekend or vacation went.

This is the version of 잘 보내세요 (jal bonaeseyo) without the extra politeness of the “세 (se)” added in. We would recommend that you show good manners and use #1 instead of this one.

If you want to throw in some original Korean words (성탄절 | seongtanjeol) but also take the formality down a notch, then this is the “Merry Christmas” phrase for you! It’s still polite, but not as serious as 즐거운 성탄절 보내십시오 (jeulgeoun seongtanjeol bonaesipsio).

Lastly, below are the informal ways to say “Merry Christmas” in Korean. These should only be used with your friends or people who are close to you.

This is the most common phrase used to say Merry Christmas to You in Korean. As you can see, it is just the English phrase “Merry Christmas” written using the Korean alphabet. 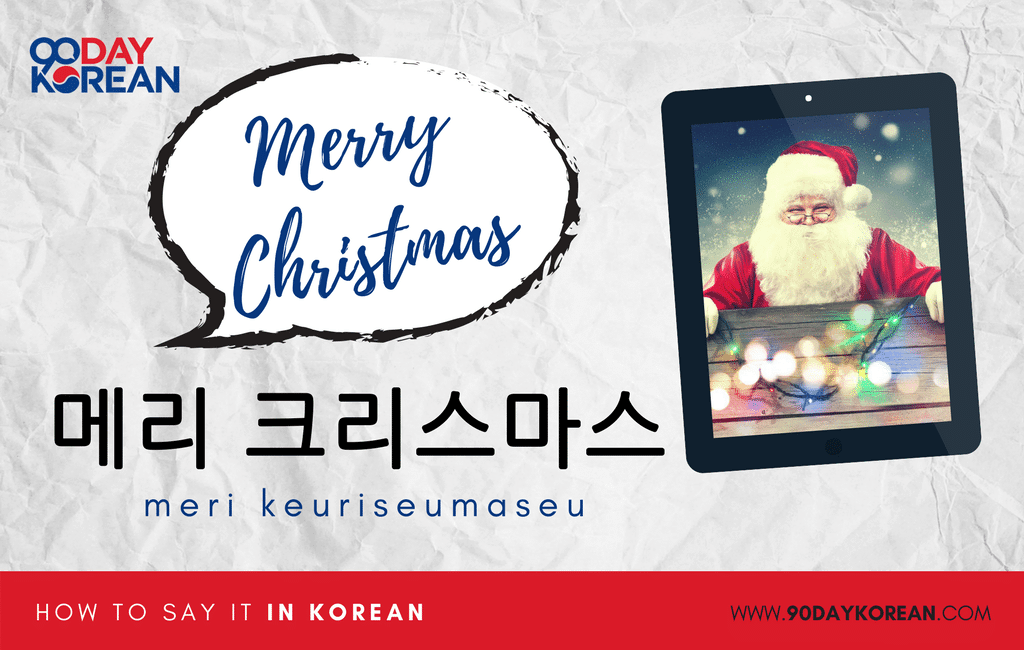 When saying this phrase, make sure to use the Korean pronunciation rather than the English pronunciation. Koreans will understand you better, and it will be more fun!

This isn’t necessarily “informal,” but since it’s an English word with Korean pronunciation, there are no polite grammar indicators in the phrase. Therefore, you might want to stick to the standard and formal versions of “Merry Christmas” in Korean if you aren’t sure of how much respect you should be showing.

This is the informal version of the same expression and can only be used with close friends.

How do you say “Happy Holidays” in Korean?

To greet someone “Happy Holidays” in Korean, you can say:

Do you know how to say “turkey” in Korean? How about “snow” in Korean? If you don’t, then we’ve got you covered. On top of the words that we’ve learned above, we’re going to give you some additional Christmas vocabulary that you can use during the holidays.

If you’re looking for more Christmas vocabulary, check out this post!

You can use these words to help you talk about and enjoy Christmas in Korea. You can also give yourself the gift of knowledge with Korean Phrases to help level up your mastery!

Giving you warm winter wishes, Have a Merry Christmas and a Happy New Year!

Where will you spend Christmas? Let us know in the comments below.

14 replies to "How to Say “Merry Christmas” in Korean"