National Foundation Day of Korea – All about the October 3rd holiday

Have you heard of the National Foundation Day in Korea? It’s one of the more celebrated national holidays in Korea!

Read on to find out more about this important day that happens on October 3rd. 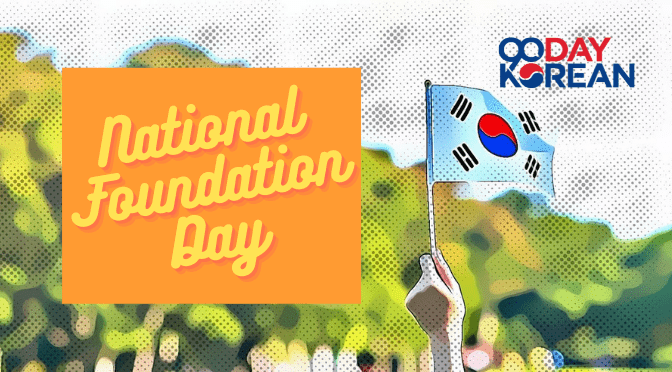 What is Korea National Foundation Day?

As the name implies, this national holiday is all about the celebration of Korea’s Foundation. National Foundation Day is a day that celebrates the start of Korean history. This is when Korea’s creation myth, how Dangun founded the first Korean Kingdom, is commemorated and remembered.

When is National Foundation Day in Korea celebrated?

The National Foundation Day, or 개천절 (gaecheonjeol) is celebrated every October 3rd.

The holiday was originally on the third day of the tenth month of the lunar calendar and so was on a different date each year (just like Chuseok).

After 1949, the nation’s government turned this holiday into a yearly national holiday. So National Foundation Day is now celebrated on October 3rd every year in Korea.

Known as 개천절 (gaecheonjeol) in Korean, foreigners often confuse the National Foundation Day in Korea with Korean Liberation Day (광복절 | gwangbokjeol). This is understandable since the English translation can give that impression. We’ll explain how they’re different.

Korean Liberation Day is in August and celebrates Korea’s liberation from Japanese colonial rule and the creation of the modern Republic of Korea.

National Foundation Day is all about the start of Korean history and Korea’s creation myth. This national holiday celebrates the first Korean kingdom founded by Dangun. It’s basically the celebration of the Korean Foundation or how the nation started.

Myths are one of the things that help create different cultures and make each culture unique from one another. There are many myths in Korean culture that add depth and flavor to everyday life in Korea.

The Korean creation myth goes back to the beginnings of the 고조선 (gojoseon) period, before the three kingdoms era of Korea. Gojoseon literally means “old Joseon” because this period of Korean history came long before the Joseon dynasty. Legend has it, the God-king 단군 (Dangun) founded the first Korean kingdom in 2333 B.C.

Dangun, Grandson of Heaven and Son of the Bear 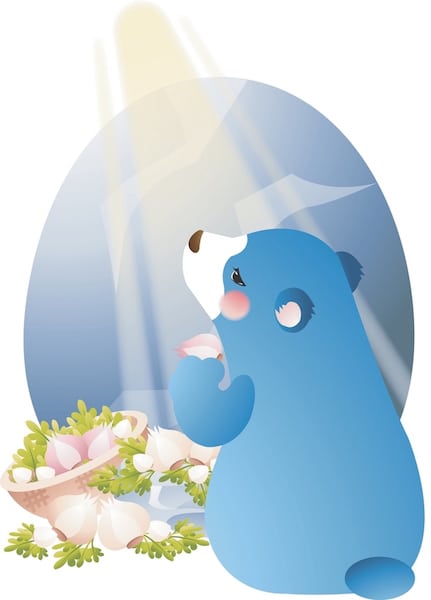 Dangun is known as “the grandson of heaven” or “the son of a bear.” Yes, an actual bear!

The story goes that 환웅 (Hwanung), the son of the Lord of Heaven, wished to live on earth. So his dad, 환인 (Hwanin), allowed him and three thousand of his followers to build a city on 백두산 (baekdusan | Baekdu Mountain).

Historians regard Baekdu Mountain as the birthplace of Korea. It straddles the North Korea-China border and is actually a caldera, a volcanic mountain with a lake at its summit.

It was here that Dangun’s father, Hwanung, allegedly descended from heaven, giving the lake its moniker “heavenly lake.” This mountain became the center of the Gojoseon kingdom, which, at its height, stretched across the Korean peninsula and deep into Manchuria.

The word 개천 (gaecheon), which makes up the holiday’s Korean name 개천절 (gaecheonjeol), means “opening of heaven,” and refers to how Hwanin opened heaven to allow his son to descend to Baekdu Mountain.

While on the mountain, Hwanung met a bear and a tiger, both of whom asked him to make them human. Hwanung tasked them with spending one hundred days living in a cave with only garlic and mugwort to eat to test their worthiness.

The tiger completely failed the challenge and gave up after twenty days. The bear, however, managed to complete the challenge. Thus the bear became a human woman, eventually marrying Hwanung and giving birth to a child. This son, Dangun, went on to find the first Korean kingdom.

Although full of supernatural elements, historians think the legend of Dangun might be based on actual events. The tiger and the bear both represent different tribes that were vying for Dangun’s favor.

How is the National Foundation Day in Korea celebrated?

So how do Koreans enjoy this celebration? Below are some ways people in Korea celebrate this holiday.

Like many holidays worldwide, National Foundation Day is celebrated with huge fireworks displays throughout the country. In Seoul, it takes place in Yeouido Han River Park and is very popular.

Every year, large crowds of Korean people gather in the park or on the banks of the river opposite to watch the fireworks. You might find Yeouinaru subway station closed on this day due to the large crowds. 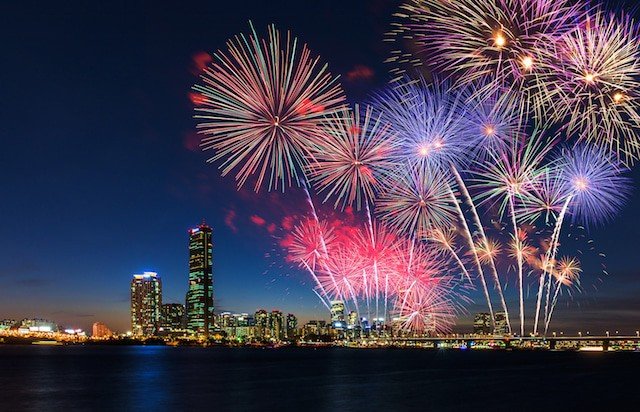 If you’re in Seoul and want to watch the fireworks from Yeouido Han River Park, then you’ll need to arrive very early in the day to get a good spot.

If you can’t do that, find somewhere along the river with a good view, so you don’t get stuck in the crowd. You can also get a good view of the fireworks from the top of Namsan Tower.

Some might think of celebrating National Foundation Day with a visit to Baekdu Mountain. However, this isn’t easy since you have to go through China to get there. If you want to go to the mountains for a holiday, consider visiting Halla Mountain on Jeju Island instead.

Both mountains are volcanos, and both mountains have calderas (volcano crater lakes), so from the top of Halla Mountain, you could experience the same atmosphere as Baekdu Mountain.

How do you plan to celebrate 개천절 (gaecheonjeol) this year? Please share them in the comments below!