“New” in Korean – Learn how to say this word

In this lesson, we will go over how you can say “new” in Korean. To better describe and dress up sentences, we must know a diverse range of adjectives, and Korean adjectives are no exception. “New” is one of these useful adjectives you’ll most definitely want to learn. 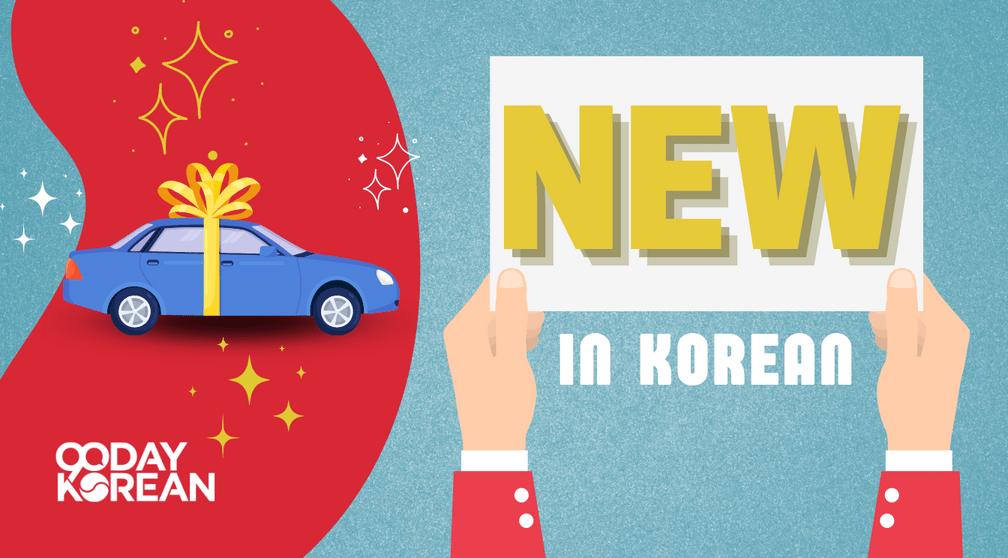 Below, we’ll learn the different words for “new” in Korean and how they are used. This will be a quick and useful lesson for you, so let’s get to it!

How to say “new” in Korean

There are several ways to say “new” in Korean, and the basic word for it is 새 (sae). You can add it to a sentence in front of any noun whenever the situation is appropriate for it.

“New” as a Korean adjective

However, you can also say “new” in the Korean language with the descriptive verb 새롭다 (saeropda). In this case, you will drop the -다 from the word’s stem.

As you may have learned from our Korean adjectives -article, 새롭다 (saeropda) is an irregular verb, as the stem ends in the letter ㅂ. Thus, the ㅂ also gets dropped, and ~운 (un) is attached to the stem.

Finally, you have the adjective you can readily use: 새로운 (saeroun). You can also use this word like a verb, but that is far less common than utilizing it as an adjective or adverb in the sentence.

“New” as a Korean adverb

The third word for “new” in Korean is 새로 (saero). It is the adverb version of the word 새 (sae). You will usually not use it alone but together with a verb that has been conjugated into a noun with ~ㄴ/은. 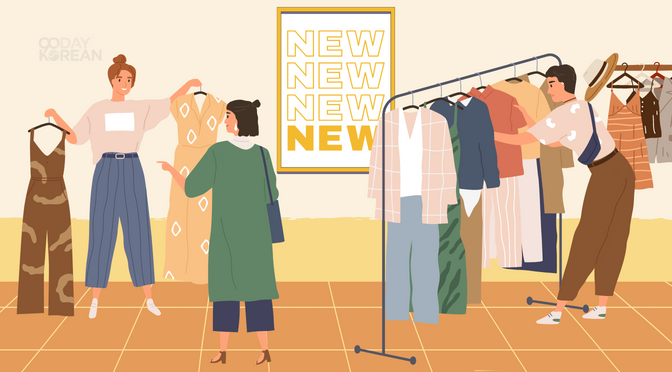 How to use the different Korean words for “new”

Now that you know the three main words for “new” in the Korean language, it’s time to learn when is the appropriate time to use each one. We’ve included sentence examples to show how each term goes along other parts of Korean Grammar, and for practice as well.

Using 새 (sae) in a sentence

Typically, 새 (sae) is used to describe the opposite of “old.” For example, you bought a new phone or new shoes, or you’ve moved into a new house. It doesn’t always have to mean the newest phone on the market, clothes that have just arrived at the store, or a house that was just built.

Do you want to see my new shoes?

I bought a new book.

Using 새로운 (saeroun) in a sentence

Meanwhile, you can use 새로운 (saeroun) to describe the same. However, it has the distinction of being used when something has been newly discovered or made. For example, you have gained a new perspective on something, or a new method to treat an illness has been discovered.

Shall we try doing something new?

There’s a new rule in my house.

There’s also the adverb 새로 (saero), which means “newly.” In this case, more than in the other two, there is less emphasis placed on whether the noun is newly discovered in the world or whether it’s simply new to you.

For example, you can talk about a cocktail you’ve tried for the first time – aka newly – but the cocktail itself has existed in bars for generations. However, it can also be a new cocktail that the bartender invented that night. Another example is trying out a new restaurant.

I love my newly bought house!

And there you have it! Hopefully, learning the term “new” in Korean has been a useful and educational lesson for you to explore through. Show us some example sentences below in the comments!

Let us know about a new restaurant you’ve tried recently or something new you’ve recently bought! Afterward, perhaps you would like to learn some more Korean words?