This article will show you how to say “oh my god” in Korean. After all, life is full of surprises and shocks, and showing your surprise is very important! You can say “oh my god” or some variant of that phrase such as “oh my gosh.” 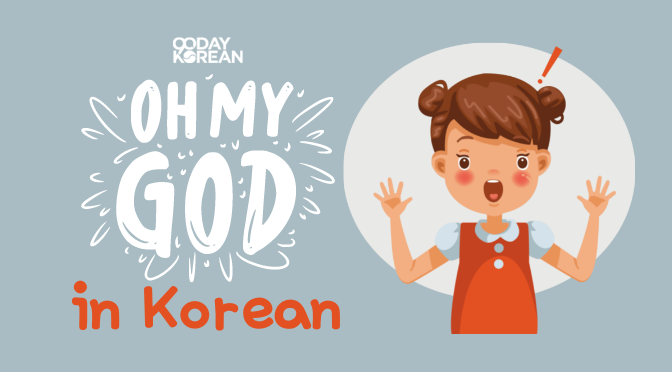 Like in English, there are several ways to say it. We’ll show you how!

Here are the most common ways of saying “oh my god” in Korean:

This comes from the word 세상 (sesang), which means “world” (another, more common term for “world” is 세계 | segye).

세상에 (sesange) can be interpreted more literally as “never in the whole world would I have expected that.” 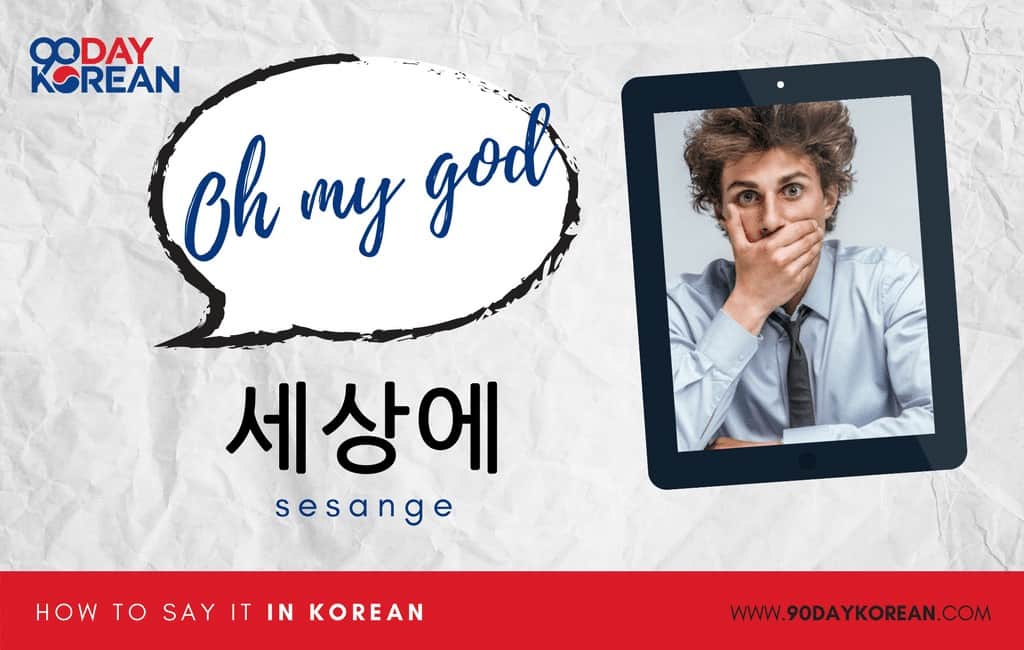 Oh my god, she’s so adorable!

This is another expression sometimes used to say “oh my god” in Korean. You may see this often in Korean subtitles in movies. 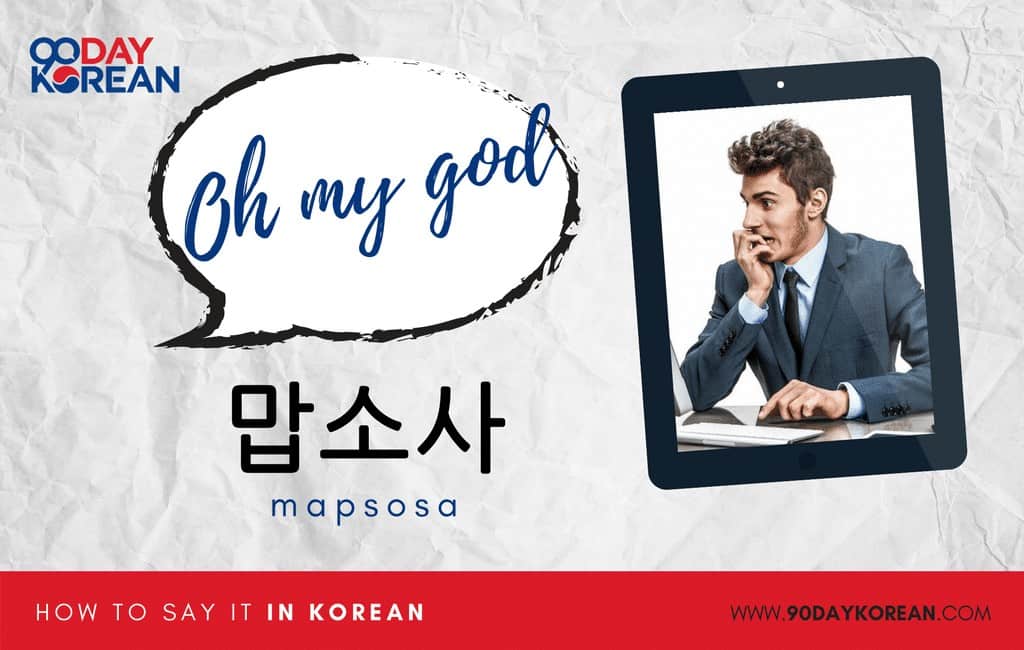 Oh my god, I hate this job.

This video shows How to Say “Oh My God” in Korean

“OMG” is simply an abbreviation of  the expression “oh my god.” In Korean, the closest term used to express “OMG” is 헐 (heol).

There are other ways that are used to express “OMG,” which is used in the same way as “oh my god” in Korean that we’ll discuss further below.

What does “heol” mean in Korean?

헐 (heol) translates to either “oh my god” or “OMG” in Korean. This is often mentioned when there is slight disappointment or concern due to something going wrong.

Other ways to say “oh my god” in Korean

Here are other similar ways to say “oh my god” in Korean. These expressions may not directly translate to “oh my god” like the ones above, but they are used in similar situations.

This Korean word is often used as an expression of surprise, which can also be interpreted as “oh my god!”.

The word “omo” is another common romanization for 어머. This word still means “oh my god” in Korean.

This is a common Korean expression that can be translated as a simple “oh!”,  “oh dear!” or “oh my god” in Korean.

What does “aigoo” mean in Korean?

“Aigoo” also means “oh my god” in Korean. This is another romanization of the word 아이고 (aigo).

The word 이런 (ireon), which usually means “this,” can also be used to mean “oh my god” in Korean. Its more literal meaning would be something like “how can this happen?” or “how did it come to this?”.

Oh my god, I just used your toothbrush.

The English phrase “oh my god” is well known in Korean, and often it is used instead of a Korean word. When it is written in Korean, it becomes 오 마이 갓 (o mai gat), and it is pronounced in such a way by Koreans.

A Word of Caution About Using Romanization

As you can see from the example of “oh my god,” when written in Korean, the sounds of the Korean language are different from the English language. The best way to sound like a Korean is to learn the Korean alphabet (Hangeul). That way, you can notice the different sounds used in Korean and get used to how Korean sounds. Learning Hangeul is very easy; it can be done in just a couple of hours!