How To Say “Princess” In Korean – Learn the many ways

Do you know how to say “princess” in Korean? You may hear and read a lot about the likes of Princesses Kate Middleton and Meghan Markle. Just like the older generation was crazy over Princess Diana, generation after generation continues to adore and love princesses. 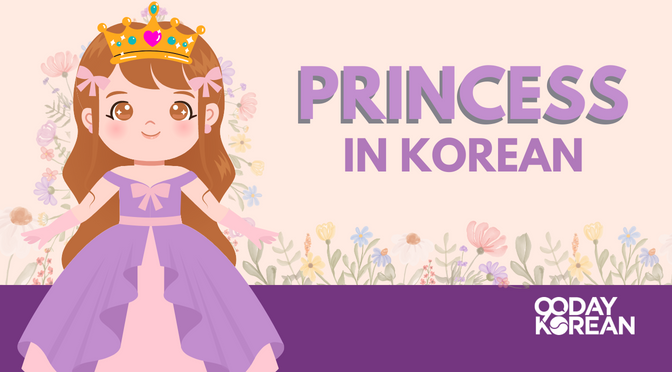 So today, we shall learn how to say “princess” in Korean and have a royal good time!

The main word for “princess”’ in Korean is 공주 (gongju). This is almost exclusively the only word used to refer to “princess” in both fables and fairytales and real life.

How to say “Princess” in Korean

Here’s a video that will teach you how to say “princess” in Korean. You’ll learn several Korean words that translate to “princess.”

Listen carefully to how the words are pronounced!

How to Say "PRINCESS" in Korean | 90 Day Korean
Sample sentences:

I look like a princess when I wear this dress, don’t I?

Who is your favorite Disney princess?

However, you can also use the word 왕자비 (wangjabi) to refer to real-life’s royal princesses from Diana to Kate. This word is more commonly used in a literary and academic sense rather than in everyday speech, unlike the word 공주 (gongju).

When did Princess Diana die?

The word 왕녀 (wangnyeo) also means “princess,” but it is not currently in much use.

How many royal princesses are there in the world?

Who was the most recent Princess of Wales, again?

I want to appear like a crown princess, as opposed to a movie actress or a singer. 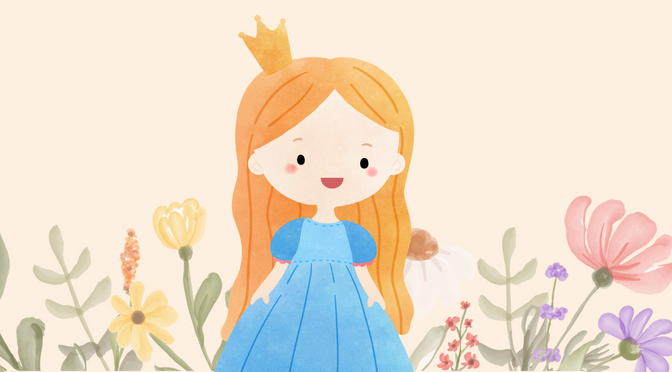 While you can study the words in this article simply by reading their romanized versions, it will come in handy for you to be able to read Hangeul if you ever wish to come to Korea. Hangeul is the Korean alphabet, and not difficult to learn. In fact, you can learn it in just 90 minutes.

Now that you know the different words for “princess” in Korean let us know who your favorite princess is in the comments below!

Also, how about learning other Korean terms for the royalties, like for the king and queen? Til next time!