How To Say “Queen” In Korean

Today’s quick and fun lesson will cover how to say “queen” in Korean. There are different ways to say this word for royalty, and we’ll teach you everything here.

Are you ready to get to it? Let’s go! 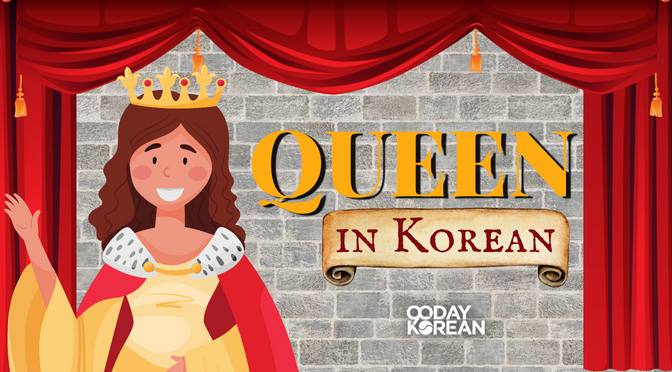 The correct word for “queen” in Korean is 여왕 (yeowang). If you have read our previous lesson on the word “king” in Korean, you may notice that these two words are quite similar to each other.

Indeed, the word for how to say “queen” in Korean is the word for king (왕 | wang) combined with the marker for female (여 | yeo). The end result is 여왕 (yeowang)!

How to pronounce “queen” in Korean

To further learn about this Korean word, let’s talk about the Korean pronunciation of the word “queen” or 여왕 (yeowang). Watch and listen carefully as we’ll teach you the proper pronunciation of “queen” in Korean.

Does Norway have a king and a queen?

Who do you think is the queen of movies in Hollywood these days?

The kingdom of Great Britain is being ruled by the queen.

She became a queen.

How could I become the queen of fashion?

Do you remember acting like a queen that time at that party? 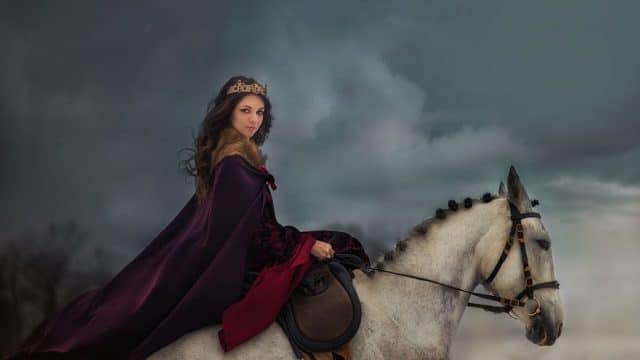 Other ways to say “queen” in Korean

You may also use the words 왕비 (wangbi) and 왕후 (wanghu) when you wish to say “queen.” However, these are not as popular.

In addition, many Koreans will understand you if you say the Konglish word 퀸 (khwin). But keep in mind that using a Korean word is often better than a Konglish one.

Here are some sample sentences using the word “queen” in Korean.

While you can study the words in this article simply by reading their romanized versions, it will come in handy for you to be able to read Hangeul if you ever wish to come to Korea. Hangeul is the Korean alphabet, and not difficult to learn. In fact, you can get a free PDF guide here and learn it in about 1 hour.

What other royal words would you like to know? Let us know in the comments below!

If you’re looking to expand your Korean vocabulary with more great words, we’ve got you covered!