Religion in Korea – The modern and traditional beliefs

In this article, we will discuss Religion in Korea including the past and present religions on the Korean peninsula. An interesting fact about the Korean nation is that, unlike many other countries in the world, it does not have an official state religion.

That’s just one of the facts about religions in Korea and we’ll be learning more below. Hopefully, this topic is both educational and fun for you! 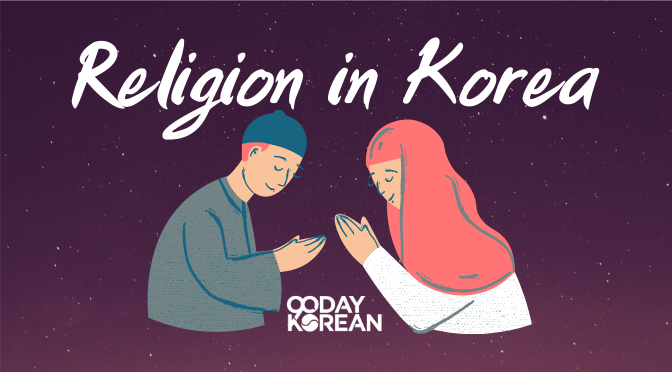 What is the traditional religion in South Korea?

Around more than half of Koreans have no religious affiliation, while the rest profess affiliation to one – or more – of the religions present in South Korean culture today. This means that there’s no dominant religion in the country. Instead, there is plenty of room for many of the world’s major religions to exist simultaneously.

The specific numbers change depending on the source and year of research you refer to. Of the traditional religions, Shamanism, Confucianism, and Buddhism have the oldest roots in traditional Korean culture. All of them have also had a large cultural influence in Korea and impacted Korean society as a whole, beyond religious beliefs.

Buddhism 불교 (bulgyo) arrived in Korea in 372 from China and was predominant during the Three Kingdoms period. It was a dominant religious influence that has been shaping the country since then, evidenced by the tens of thousands of temples built across Korea.

Buddhism was also the major religion on the peninsula until Confucianism was founded and considered as the state ideology of the Joseon dynasty. Confucian scholars strongly opposed any efforts to revive Buddhism during this time. Buddhism in Korea evolved slightly into its own form, Korean Buddhism because the monks felt there were some inconsistencies in the “original” version of Buddhism (Mahayana Buddhism) that was brought into the country.

Confucianism 유교 (yugyo), on the other hand, was born during the Joseon dynasty when it was developed by Korean intellectuals, and was the biggest religion for the Koreans for centuries, until the introduction of Christianity.

More so than a religion, Confucian values are viewed as an ethical and moral code by South Koreans and were an important part of the government systems. It especially emphasizes filial piety, loyalty, and ancestor worship. It can be said that of all the different religions in Korea, Confucianism was stronger over South Koreans throughout time.

Shamanism 샤만교 (syamangyo) has also been present in South Korean culture since ancient times and has played a significant role in shaping up daily life in South Korea. Shamanistic beliefs have existed in Korea since its founding back in 2333 BC. Until the introduction of Confucianism and Buddhism, it was the sole religion on the Korean peninsula.

Upon the arrival of the two other religions, Korean Shamanism took more of a backseat position. Despite that, it is still surprisingly influential in Korea even today. Meaning, while Korean Shamanism has all but disappeared in other regions upon the introduction of major religions like Buddhism, it has persisted to exist on the peninsula.

Koreans usually visit shamans for advice, perform rituals for good fortune, or ask for talismans to drive away evil spirits from human beings in the natural world. Female shamans are also prevalent in this Korean tradition. 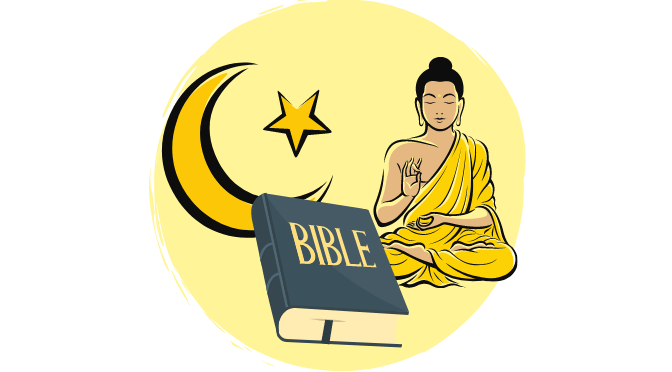 Although Buddhism and Confucianism remain large religions in the modern society of Korea today, with various different factions of Buddhism being practiced among the South Korean Buddhists, there is another big religion present as well.

Christianity 기독교 (gidokgyo), or more specifically, Protestantism has gone major in Korea. This was mainly after the Korean War and with the arrival of American missionaries and Catholic priests to the country. Catholicism was also introduced to Korean culture during the Joseon dynasty, though far later than Confucianism.

Initially, the Korean government at the time prohibited Christianity, as the Catholic converts did not want to follow Confucian rituals. Christians lived in the north where Confucian influence was lesser compared to the south. It was later followed by persecution of Roman Catholics, though the anti-Christian law wasn’t strictly enforced.

However, the introduction of Protestantism and Protestant churches, and then the times after World War II, quickly transformed Christianity into the biggest religion in South Korea. This also results in most Christians belonging to Protestant denominations in South Korea.

Why is Christianity popular in Korea?

Christianity has become hugely popular in Korea. Here are a few reasons why.

They place high regard on education and medical services

The first Protestant Korean church was founded in the year of 1897. They quickly gained the interest of Korean people through their services in the medical and educational fields as they established schools and hospitals. Even in today’s South Korea you can find numerous schools (from middle school to university) and medical centers that have direct ties to Protestantism.

This is one reason why Protestantism and Christianity, in general, are seen as such a formidable force in Korea. It has also been statistically proven that, among all the different religious groups in Korea, those of the Catholic faith tend to educate themselves highest. Catholic Church was also the first religious institution that adopted Hangul into official use, and it was mandatory for all of the children to learn.

The nationalism of Korean Christians

A clear sign of Christianity’s popularity is the number of Protestant missionaries coming from the country. Only the U.S. has more missionaries worldwide than South Korea does. One of the most significant factors for Christianity’s popularity lies in Korean nationalism, during a trying time when the Koreans were under Japanese rule, and groups of Christians would show resistance against the Japanese. 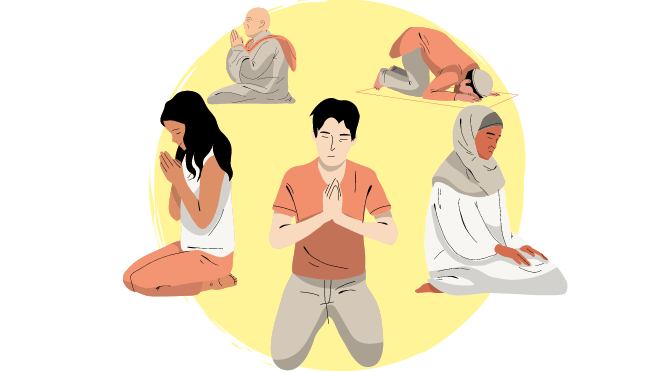 Other religions in Korea

Various other religions also exist in Korea. This includes major world religions like Islam led by the first Korean imam in 1955. There were also local religions, some of them are Won Buddhism, Cheondogyo, and Daejonggyo.

Won Buddhism is a modern religion that is considered reformed Buddhism. Cheondogyo was founded on the basis of Eastern learning which goes in contrast with Western Learning. On the other hand, Daejonggyo was created to worship, Dangun, the founder of the first Korean state. Daoism has also been active in Korea at some points in history.

How do religions affect Korean culture?

These religions in general can clearly be seen in daily South Korean life. For example, the aforementioned schools and medical centers with Protestant affiliations. Big exams and events are typically preceded by Buddhist prayer practices and rituals, and Buddha’s birthday is a national holiday celebrated in the country.

And of course, the major holidays Lunar New Year and Chuseok have deep traditions deriving from Korean Buddhism practices. Herbal remedies and some ritualistic-looking dances, which have roots in Shamanism, can still be seen used in traditional settings today.

Much like South Koreans, North Korean people also follow Buddhism, Confucianism, and Christianity as their primary religions. However, due to the government discouraging any religious practices by organized groups, these religions are hardly ever practiced. Even so, the country claims to technically have freedom of religion.

Although 300 Buddhist temples exist in North Korea, they are seen more as cultural relics, rather than as places for worship. Some religious educational programs and colleges also exist, but their graduates commonly find work within the field of foreign trade, rather than in religion.

What is the top religion or belief systems in your country? Is it similar or different to Korea’s religious systems? We’d also love to know in the comments you telling us a little bit about your religion – in the Korean language, of course! You can also read our article dedicated to the vocabulary on religion in Korean if you’d like to improve your Korean skills!

2 replies to "Religion in Korea – The modern and traditional beliefs"