Satoori – Talk like a local with these South Korean dialects

In this article, we will show you how to speak Korean like a local using satoori! 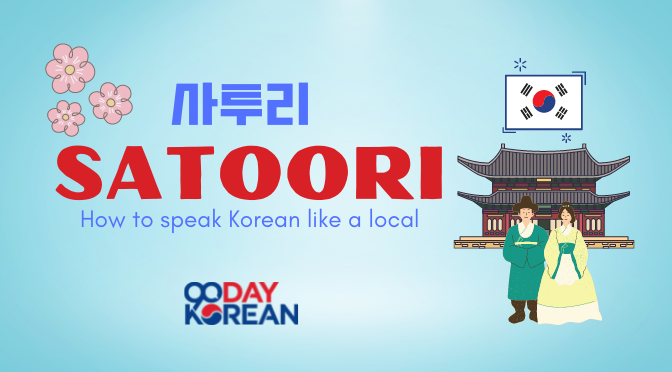 Next, we’ll give a background on the different types of Korean dialects.

Finally, we’ll give you some Korean words and phrases you can put to use. Use these words to impress your friends or to help you communicate on your next trip to Korea.

You’ll notice there’s some use of Hangul, the Korean alphabet, in this post. If you can’t read Hangul yet, it’s possible to learn in about 90 minutes! You can also check out our structured course that will have you engaging in 3-minute conversations in the first 90 days!
Are you ready to start speaking like a local? If so, let’s get to it. 시작 (sijak)!

사투리 (satoori) is the Korean word for “regional dialect.” It’s a set of words, phrases, grammar, and pronunciation patterns unique to a specific region of Korea. This is a useful Korean word to learn, especially when you travel throughout the country.

What is a Korean satoori accent?

There are 6 main dialect categories of Korean which we will be learning below. The standard Korean dialect is what you’ll learn if you take a Korean course or learn from a book. It is also the dialect found in Seoul and Gyeonggi.

The reason satoori (dialects) developed is that Korea is a mountainous country. Before transportation methods developed, it made it challenging to get from region to region. As a result, those separate regions were pretty isolated. Since they didn’t influence neighboring areas, people developed solid regional dialects (사투리 | satoori). 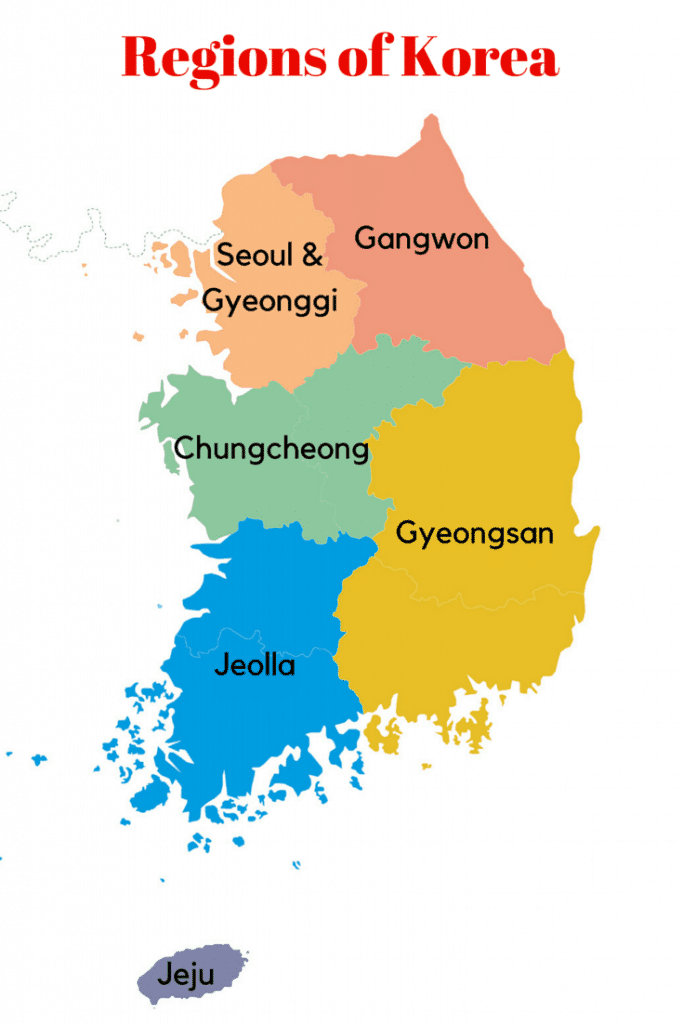 Regional Korean 사투리 (satoori) is very different from regular Korean (표준어 | pyojuneo) as satoori is often spoken and used between people who are intimate with each other. Many of the examples in this article are written in 반말 (banmal | informal Korean), so be careful when using them with people you are not close to or with people older than you.

This article covers the main Korean dialects that you are likely to hear. There will be minor variations even within those regions, but this is usually how Koreans group them.

Standard dialect is usually the easiest to learn when you’re first starting to study Korean. However, adding in some satoori makes it a lot more fun! Not only that, but it will help you when you travel to the various parts of Korea.

As an added bonus, you can surprise your Korean friends with your knowledge of the local dialects. This will be especially fun if you can speak the same satoori of the region your friend is from. You’ll sound like an old hometown pal!

This is the standard Korean dialect that you’ll learn in a Korean textbook or university course. It’s also what you’ll typically hear on news reports or during speeches. 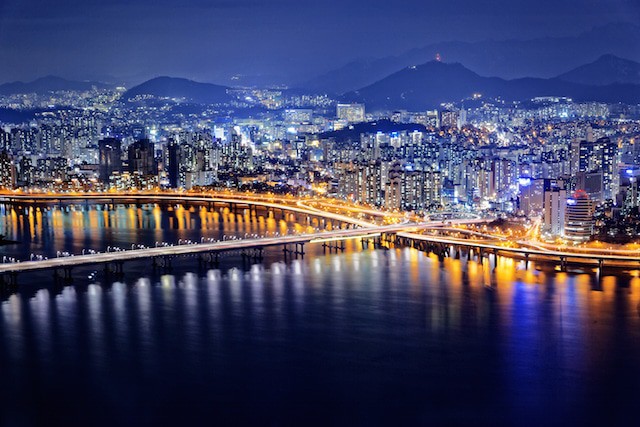 Since this is the standard form of Korean, most dialects will compare to this. You’ll sometimes hear it referred to as 서울말 (seoulmal) or 표준어 (pyojuneo).

If you want to learn some standard Korean, here is a fantastic page for Korean phrases!

Gangwon is the province that is east of Seoul and goes all the way to the sea. 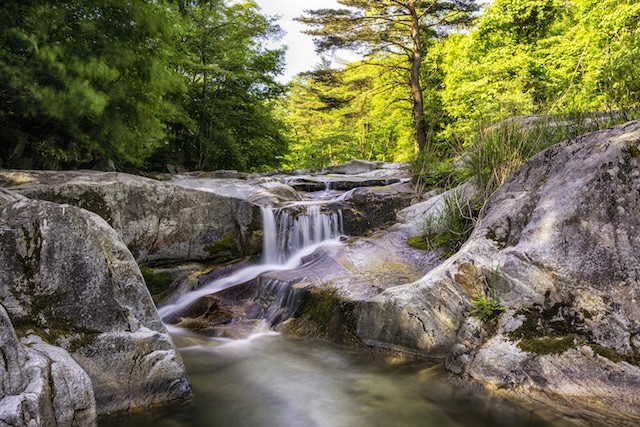 It’s famous for 한우 (hanu | Korean beef), snowboarding in the winter, and its beaches in the summer. It isn’t a very densely populated area of Korea, so the satoori isn’t as distinct or popular as some of the other regions of Korea.

Here are some examples of Gangwon satoori words so you can see how they compare to the standard Korean dialect: 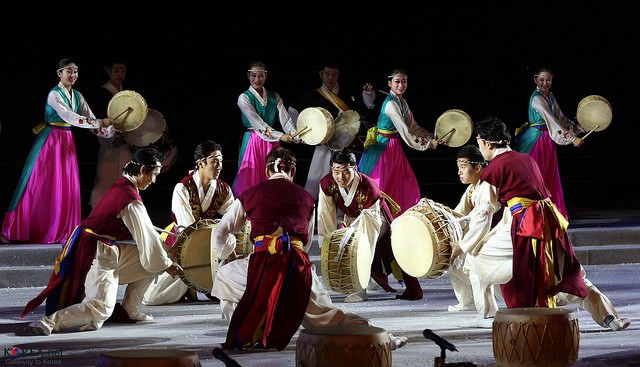 Fun fact: North Chungcheong is the only province in Korea that doesn’t have a coastline!

Many Koreans think that the Chungcheong accent is one of the kindest-sounding. That is because it sounds slower and not as strong as some of the other dialects.

One notable difference is the ending vowels. Often, you’ll notice:

Gyeongsang consists of a north region (경상북도 | gyeongsangbukdo) and a south region (경상남도| gyeongsangnamdo), just like the Chungcheong and Jeolla regions. Gyeongsang is home to many famous cities in Korea, such as  Daegu, Ulsan, Changwon, Gyeongju, and Busan. 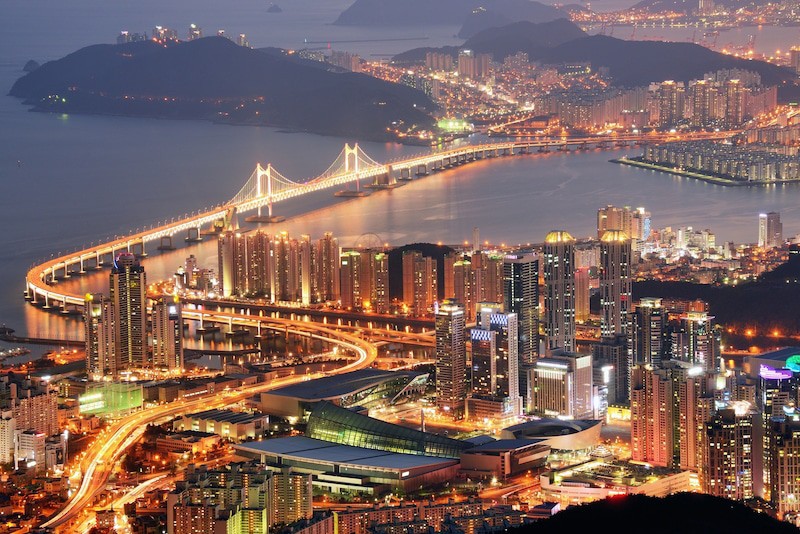 Gyeongsang is physically on the opposite side of the country in relation to Seoul. Similarly, the differences in dialect between Gyeongsang satoori and the standard Korean dialect are also quite significant.

The people in this area speak with a strong and aggressive accent. The highs and lows in speech are much more significant than in standard Korean. In this area, men are often thought of as more masculine and 무뚝뚝하다 (muttukttukada | curt). Females with this accent are considered cute.

Here are three things to note about Gyeongsang satoori:

Since Busan is the largest city in the Gyeongsang province, we’ll often be referring to Busan satoori in the next section.

Watch here for an example of Busan satoori spoken by Robert Holley. He, due to his accent, has appeared on many Korean TV programs such as the popular ’90’s comedy 남자셋, 여자셋 (namjaset, yeojaset).

Below, we’ll explain them in greater detail. 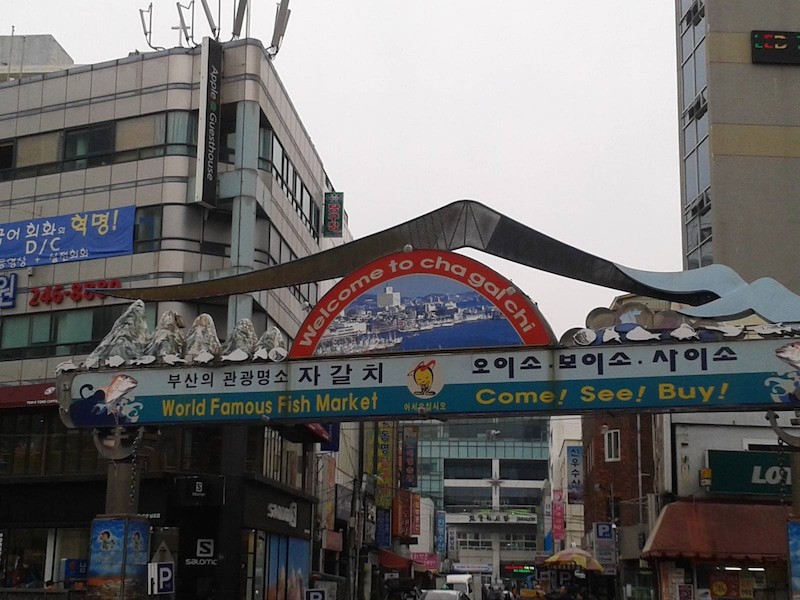 In Busan satoori, the imperative form of a verb is made by adding –이소 (-iso) rather than the standard –세요 (-seyo). For example, 가세요 (gaseyo) becomes 가이소 (gaiso) in Busan dialect. This feature of the dialect is proudly shown on the sign at Jagalchi Fish Market’s entrance.

The Korean expression “밥 먹었어 (bap meogeosseo)?” literally translates as “did you eat?”, but its meaning is more like “how are you?”. It is sometimes spoken as “밥 먹었니 (bap meogeonni)?” which means the same thing. In Busan satoori, to say this expression, you should say 밥 묵읏나 (bap mugeunna) or just 밥 문나 (bap munna).

The way verbs are used is slightly different in Busan satoori. For example, the 받침 (batchim | bottom consonant) isn’t always removed in irregular verbs and adjectives such as 낫다 (natda) or 덥다 (deopda).

You can find a list of Busan dialect words by category here.

Here is a list of some example Busan satoori vocabulary words and expressions so you can compare:

Busan in Korean is 부산 (busan). You may also see it written as 부산시 (busansi), which means Busan City. The 시 (si) part indicates that it’s a city.

Busan (부산) is located in the southeast corner of the Korean Peninsula. It lies east of the Nakdong River. Busan is the second-largest city in South Korea.

Lots of great Korean films are set in Busan, such as 친구 (chingu), 해운대 (haeundae), and the recent Korean box-office hit 국제시장 (gukjesijang). Busan is also a great place to visit in Korea, so learning a bit of the local dialect or satoori could be handy.

North Jeolla (전라북도 | jeollabukdo) and South Jeolla (전라남도 | jeollanamdo) are the two areas that make up the Jeolla provinces. 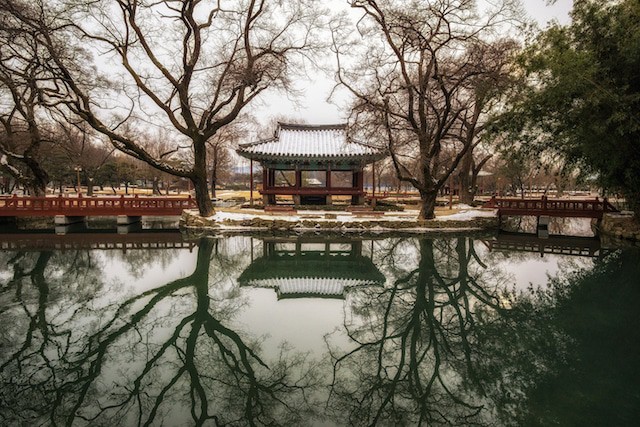 Gwangju and Jeonju are two of the largest and most well-known cities in the area. Make sure you get some bibimbap if you pass through Jeonju! 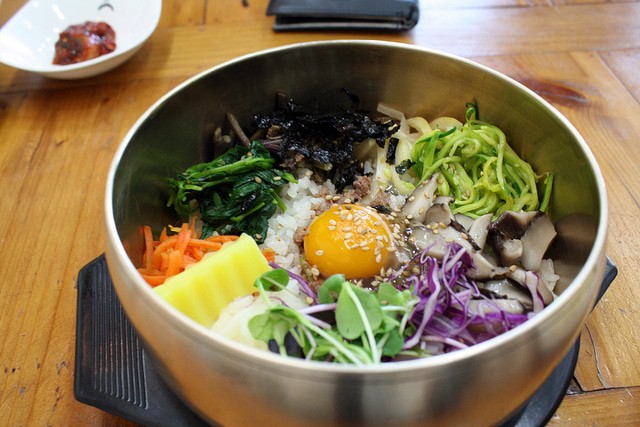 Like Busan satoori, the imperative form is different in Jeolla satoori, with “라우 (rau)” or “지라우 (jirau)” being used instead of “세요 (seyo).”

To ask questions or make suggestions, an “잉 (ing)” sound sometimes appears, so “Have you eaten?” would be pronounced “밥 믁어잉 (ap meugeoing)?” in Jeolla province. The province also has its own unique words, such as “시방 (sibang),” which means “now.”

Being an island, Jeju’s dialect is even more different than the other Korean dialects. The Jeju dialect is grammatically Korean. However, some of the vocabulary words are so different that even native mainland Koreans can’t understand them! 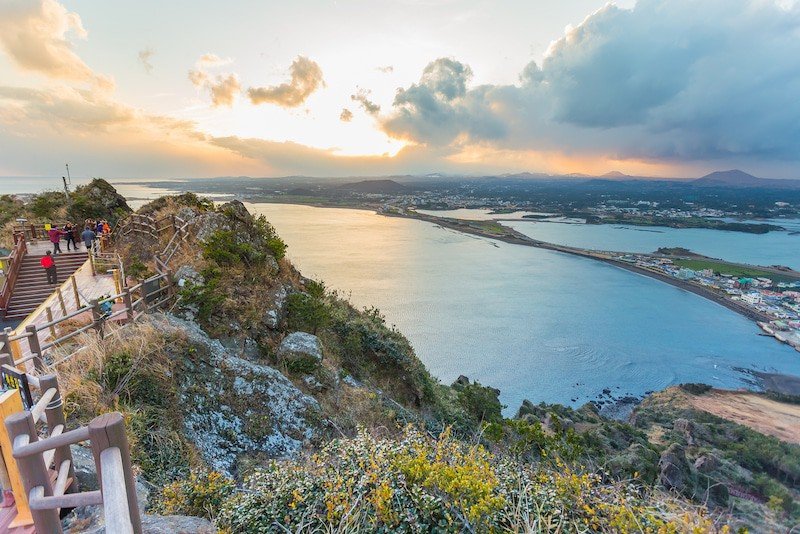 Part of the reason why some Koreans can’t understand them is that it has been isolated for so long that it was able to maintain some of the ancient Korean words. It has also imported words from countries such as Mongolia, China, and Japan.

Some of its more unique words are related to Mongolian from when Mongolia ruled it. It even includes a vowel that can’t be found in regular Korean.

To say “welcome” you can say “혼저옵세예 (honjeoopseye),” for “thank you” you can say “고맙수다 (gomapsuda),” and for “nice to meet you,” you can say “반갑수다 (bangapsuda)” or “반갑시오 (bangapsio),” although this is also sometimes used to say “hello” on Jeju island.

A well-known word in the Jeju dialect is “하르방 (hareubang)” meaning “grandfather,” not to be confused with “한라봉 (hallabong),” Jeju’s native tangerines.

Here are some examples of Jeju satoori vocabulary words:

To be able to speak like a local, there’s no better way than to expose yourself to daily conversations in Korean. Learning Korean from a textbook is quite different than learning Korean from everyday life. A lot of this has to do with the common slang, exclamations, and dialects present in the language.

How to Learn Satoori

The best way to learn satoori is from a native of that province.  Dialects have many hundreds, if not thousands, of unique words and phrases, so it isn’t possible to teach you how to speak the Busan dialect as well as Robert Holley in just one article.

If you are interested in learning more about a particular dialect, then the best way to do that is by actively searching out people from that region for language exchanges.

Here are a few reasons why people like to study satoori. See if any of these apply to you!

So there you have it!

Which dialect would you most like to learn and why? Please share with us in the comments below!