School in Korean – Words and phrases related to education

Today we will teach you how to say school in Korean. You will also learn Korean words and phrases related to school.

Being a student and attending school can be enjoyable as it’s where you can meet a lot of friends. If you’re currently studying in South Korea, these terms might come in handy. 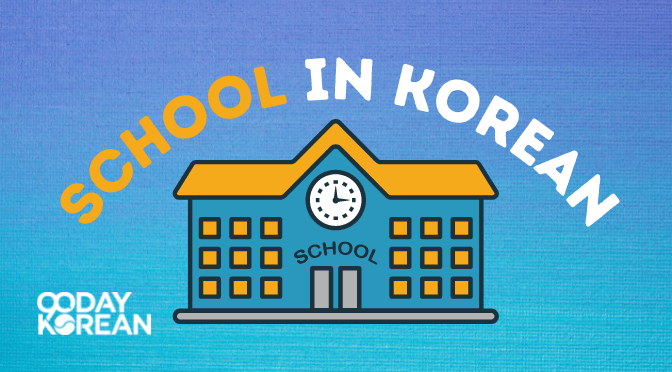 Sit down comfortably with your notes open, and let’s get to studying!

How to say “school” in Korean

You can say “school” in Korean as 학교 (hakgyo). For each different level of schooling, from elementary school to university, the word 학교 (hakgyo) is attached.

This lesson will primarily focus on how to say “school” in Korean and the words related to it. However, we have a separate article focusing more on schools in South Korea.

Here are some common Korean words that are related to school.

There are different levels of education in South Korea. From elementary schools, middle schools, high schools, vocational schools, and more. Here are some of them in the Korean language.

If you’d like to pursue further education, graduate school can be your next step. The Korean word for “graduate school” is 대학원 (daehagwon).

The word for “university” in Korean is 대학교 (daehakgyo). Sometimes, when spoken of a specific university, for example, 한양대학교 (hanyangdaehakgyo), it may get shortened as 대 (dae). In other words, instead of saying the full 한양대학교, you may just say 한양대 (hanyangdae). Like this:

I graduated from Hanyang University.

The word for “college” in Korean is 전문대 (jeonmundae). However, frequently the term 대학교 (daehakgyo) is used interchangeably or is shortened as 대학 (daehak). Typically the word 전문대 (jeonmundae) is used specifically for colleges with programs lasting 2-3 years, as opposed to a university’s 4-year degrees.

Here are some words for roles that people have related to school.

There are two words for “teacher” in the Korean language. The first one is 교사 (gyosa) which translates to school teacher, and the other one is 선생님 (seonsaengnim), which literally means teacher. The difference between the two is that 선생님 (seonsaengnim) is an honorific, while 교사 (gyosa) isn’t.

In addressing your teachers directly, you should say 선생님 (seonsaengnim), not 교사 (gyosa).

When there’s a teacher, there’s also a student. And Korean students are generally called 학생 (haksaeng). As you learn Korean and improve your language skills, you can also consider yourself as 학생 (haksaeng).

The word for “classmates” in Korean is 반 친구들 (ban chingudeul).

If you’re referring to only one classmate, then you can use the word 반 친구 (ban chingu).

Words for subjects in Korean

Different subjects are taught at school. Here are some of them in Korean.

Below are some action words in Korean related to school.

“To study” in Korean

There are a few words for how to say study in Korean. Perhaps the most common one is 공부 (gongbu). You can also use it as the verb “to study” by attaching 하다 (hada) to the verb, like this 공부하다 (gongbuhada). Sometimes the word 학습 (hakseup) is also used. More specifically, this noun means “learning.”

“Go to school” in Korean

Lastly, you will probably want to know the Korean term for  “go to school.” The phrase for this is 학교에 다니다 (hakgyoe danida). The word 학교 (hakgyo) means “school,” and the verb 다니다 (danida) means “to go” and “to attend.” Based on the formality, you can drop 다 and add -녀(요) to use the verb in action.

The 에 (e) attached to 학교 (hakgyo) is an integral Korean particle, noting location or time. If you are still unfamiliar with this particle or Korean particles in general, we kindly ask you to refer to our particle guide.

Other Korean vocabulary related to school 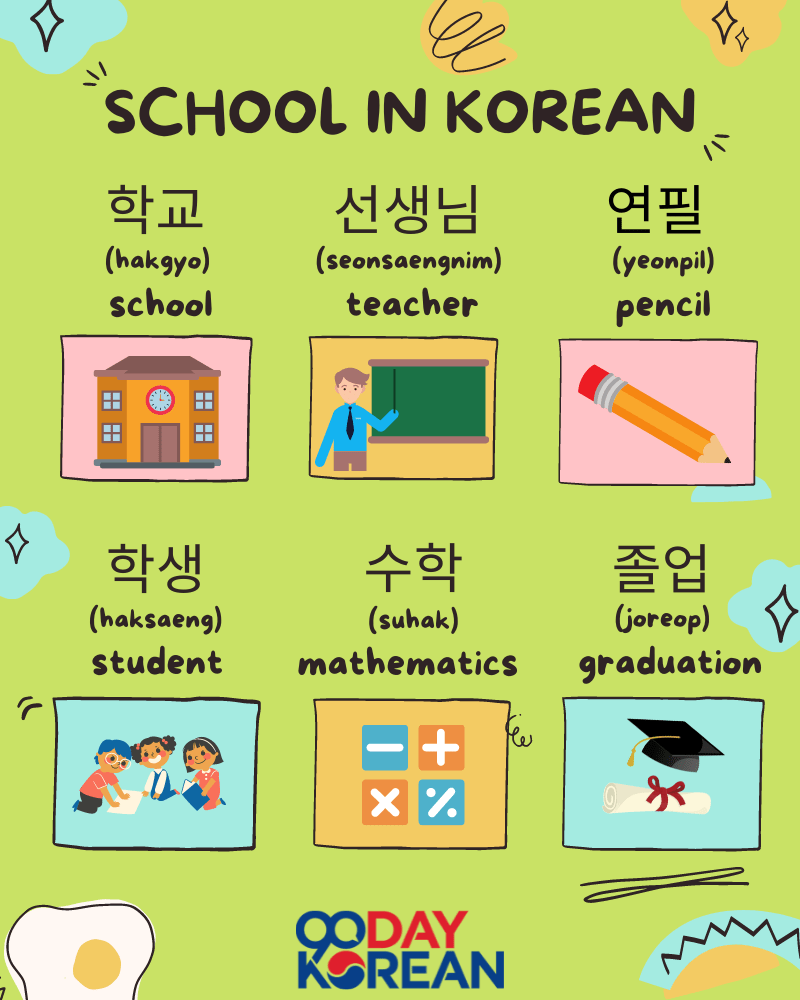 The word for “book” in Korean is 책 (chaek). However, for “school books” specifically, the words typically used are 교과서 (gyogwaseo) and 학교 도서 (hakgyo doseo). 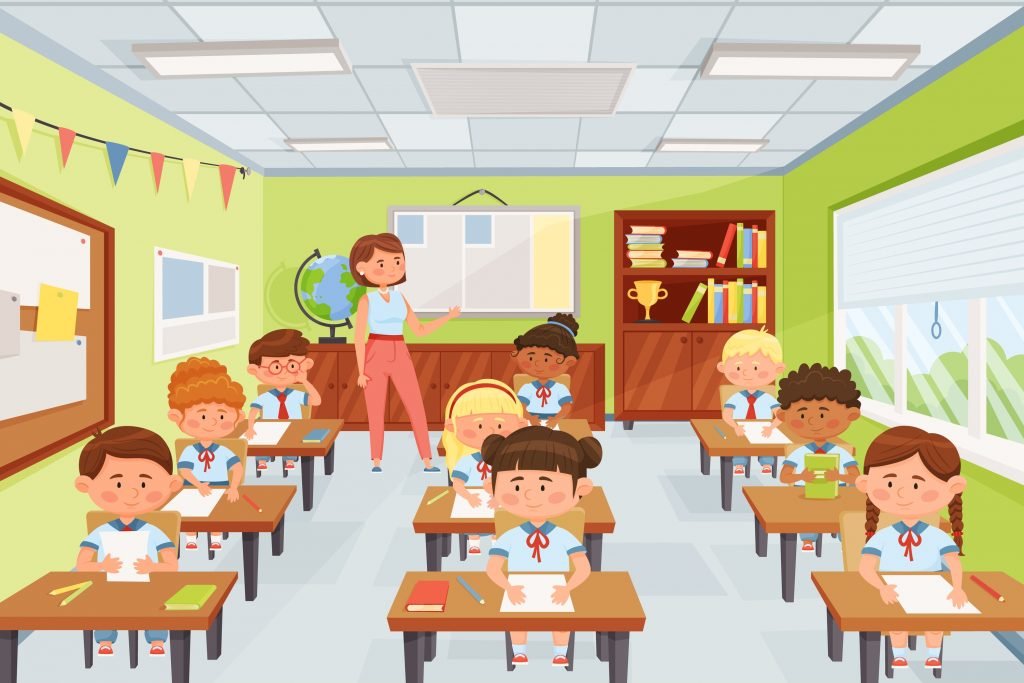 Phrases related to school in Korean

Now that we’ve learned some school-related words in Korean, let’s level it up with the Korean phrases below.

I study hard because I want to get into a good university.

My favorite school subject is English.

I take three classes a week in a private academy.

If you enjoyed learning Korean through this vocabulary, then you’ll love our structured online courses! You can also get all the support you need as you learn the language. Take the first step in learning here!

And now you should be ready to talk about school in Korean! Do you have plans to attend school in Korea, or have you already attended school in South Korea? How else can you make today’s material useful to you in improving your language skills? Let us know in the comments below!