Have you ever been in a situation where someone in your vicinity is being too loud? Perhaps learning how to say “shut up” in Korean might come in handy. It might also be useful when you are having an argument and don’t want to hear the other person speak at that moment. 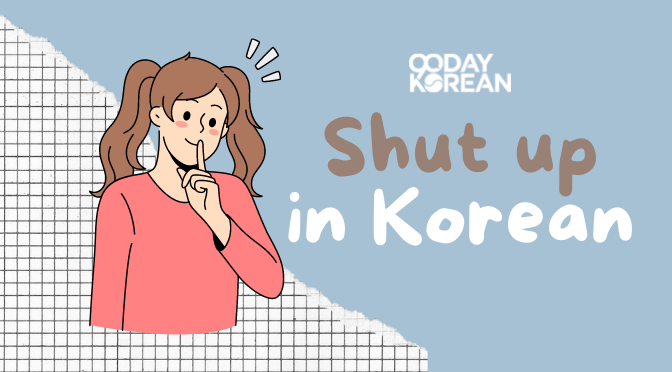 Since this is a bit of a harsh phrase, we will also cover its more polite sister, “please be quiet.” While it’s recommendable to try to avoid being rude on purpose towards anyone, it might still be necessary to also know how to say “shut up” in Korean, just in case.

How to say “Shut up” in Korean

There are several ways to express “shut up” in Korean, but this is the primary way to say it is 입 닥쳐 (ip dakchyeo). 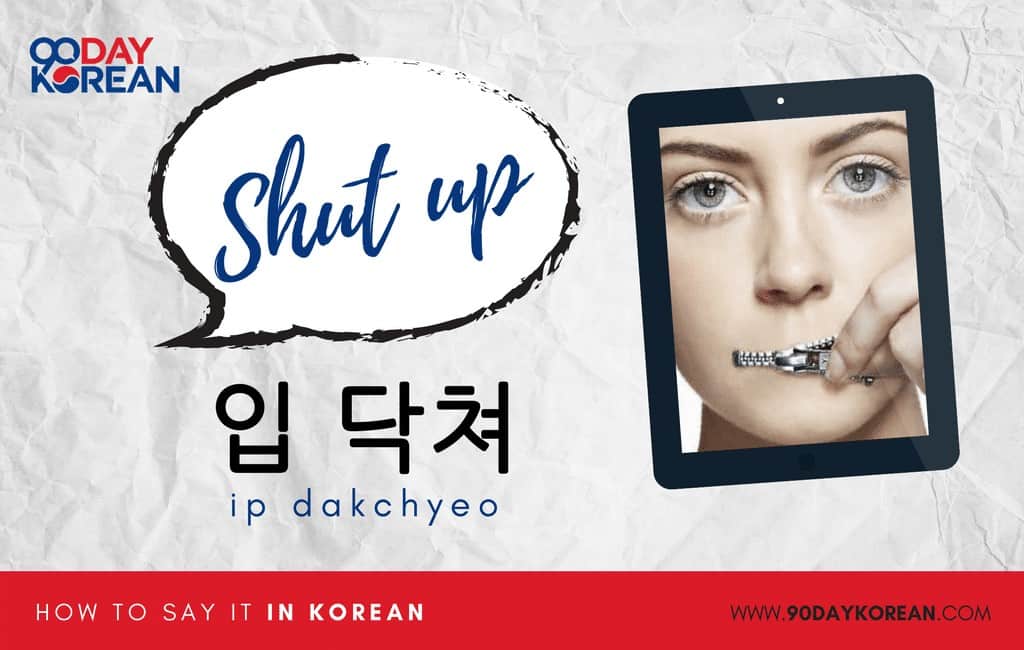 입 (ip) means “mouth” while 닥쳐 (dakchyeo) simply means “shut up” or “keeping one’s mouth shut”. This means that you don’t necessarily even need to add 입 (ip) to express “shut up”, but it’s good for emphasis.

The following phrases are very informal, so make sure you use them accordingly!

Shut up! Don’t be ridiculous!

Other Ways to Say “Shut up” in Korean

Although it might be fun and even useful to learn some bold Korean words, such as “shut up,” it’s even more important to know the more polite equivalent expressions that could be applicable to use in a daily life situation. The video below shows the different ways to say “shut up” in Korean.

How to Say "SHUT UP" in Korean | Korean Words For Beginners

Though, do take note that even “please be quiet” is something that is considered quite informal in the Korean language, no matter how formally you try to say it. Therefore, take that into consideration before telling anyone to be quiet – especially an elder person – no matter how annoyed by their loudness you might be.

Another phrase that is related to “shut up” in Korean is 시끄러워! (sikkeureowo) which translates to “be quiet” in Korean. 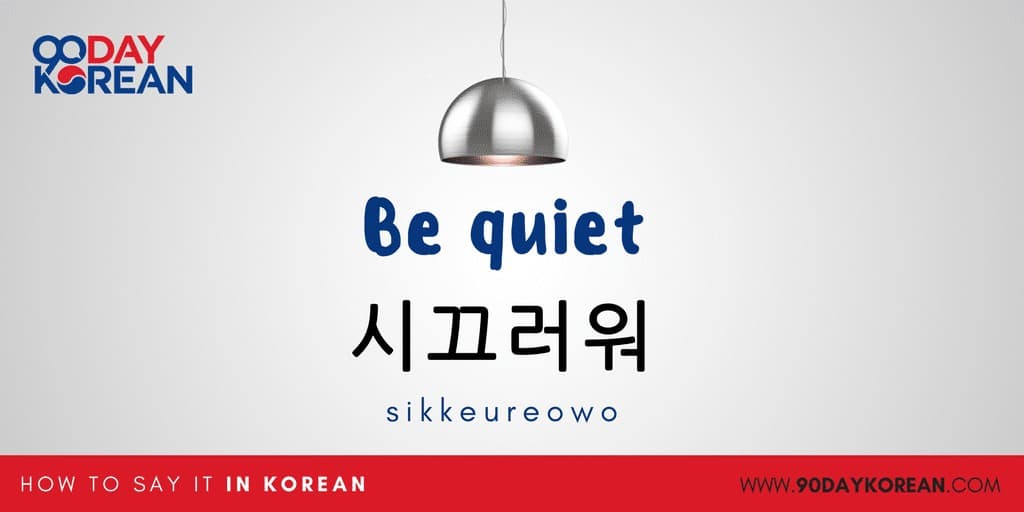 The word comes from the verb 시끄럽다 (sikkeureopda), which means “to be noisy”, so the literal meaning of the word is to exclaim that something or someone is being noisy.

2. “Please be quiet” in Korean 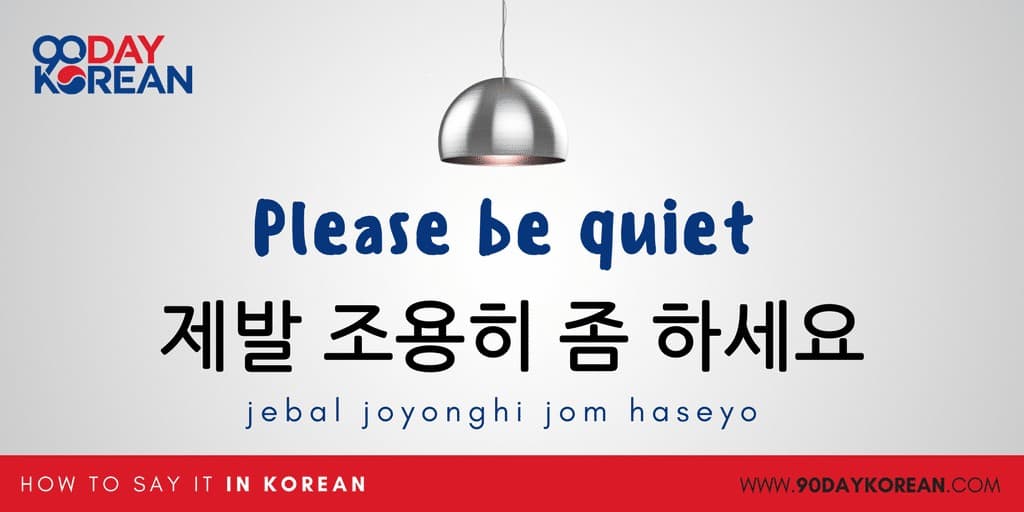 3. “Could you keep your voice down” in Korean

Lastly, another polite way of asking someone to be quiet is 좀 조용히 해주실래요? (jom joyonghi haejusillaeyo). This translates to “could you keep your voice down.” 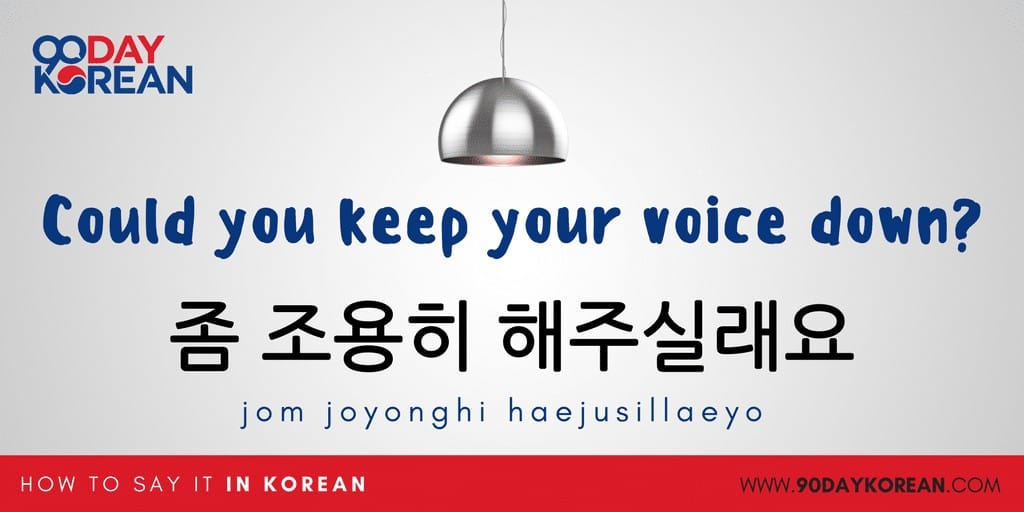 While we offer a romanization of the Korean words we teach, it’s best to actually learn the Korean alphabet, Hangul. We recommend that you use that more so than Romanization, which tends to have some variations that can get you and others confused. Romanization is perhaps best left to assist in learning the pronunciation of the words.

Learning the Korean alphabet might seem like a scary idea, what with the completely new alphabet system and all, but it’s actually a very systematic and simple alphabet to grasp! Indeed, you can actually learn to master Hangul in less than two hours!

It’s actually popular among Koreans to teach their foreigner friends how to say “shut up” in Korean – or one of its equivalent terms as some of the first things about the Korean language. Therefore, you can also use this lesson as a way to impress your closest Korean friends, but please try to otherwise limit the use of “shut up” in Korean as not to needlessly offend anyone.