How To Say ‘Shy’ In Korean

An integral part of learning a new language is getting comfortable with the adjectives with which you will be able to describe the world around you and even yourself. In today’s lesson we will go over an adjective that will help you describe a character trait or behavior. Very soon you’ll know how to say shy in Korean! 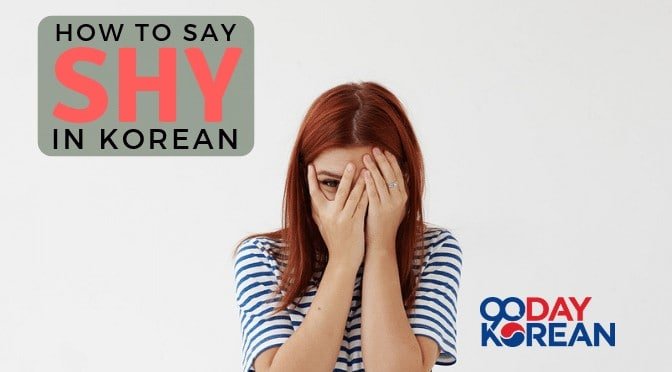 There are a few words you can choose from when you want to say shy in Korean. The first word you can use is 수줍다 (sujubda). If you open the online dictionary, this is the one it will offer you first.

The synonym to 수줍다 (sujubda) is 부끄럽다 (bukkeureobda). This is the word you’ll hear being used the most, though its meaning of shy isn’t exactly the same as that of 수줍다 (sujubda). The word also means bashful, and it can even be used to imply you’re shy about something because of feelings of embarrassment. In other words, the word 부끄럽다 (bukkeureobda) also means to be ashamed or to be embarrassed, though in a lighter sense.

Another word for how to say shy in Korean is 쑥스럽다 (ssukseureobda). This word also means bashful and embarrassed, and is also seen as synonymous with 부끄럽다 (bukkeureobda).

Lastly, you may also find the word 열없다 (yeoleobta) to be the most fitting one to use in some situations. On top of using it as the word for shy, you may want to use it to describe feelings of awkwardness or timidness.

Associations for ‘Shy’ in Korean

Let’s learn an association for the word you’ll probably hear and use the most, 부끄럽다 (bukkeureobda). The first part sounds a little like “book” and the second a little like “rob”. So to make this story, what’s a book you’d feel ashamed of being robbed of? How about being robbed of your Holy Bible? Let’s use that as a story:

You go to the police to report your book was robbed. You’re ashamed to admit, they stole your Bible! 부끄럽다 (bukkeureobda) 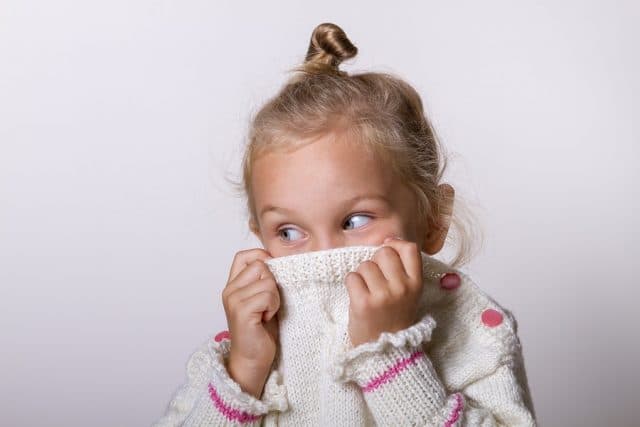 I feel shy whenever I sing.

Why are you smiling so awkwardly?

Our child is very shy.

I want to talk with him but I’m not because I’m too shy.

So now that you know how to say ‘shy’ in Korean you don’t need to be shy any longer! Go out and greet new friends with a smile and an 안녕하세요 (annyeonghaseyo)!

What word would you like to know next? Let us know in the comments below!