How to Say ‘How Much’ in Korean

One of Korea’s biggest attractions are its traditional markets. In Seoul, tourists can pick up almost anything in the large Namdaemun market, or they can visit the 24 hour Dongdaemun clothes market if they are interested in fashion.

Even if you aren’t interested in buying anything, these markets have a great atmosphere and are well worth a visit. One thing that you will notice about these markets, and also the many street food sellers that you can encounter in Korea, is the lack of price tags. If you want to buy anything, you will need to know how to say ‘how much’ in Korean. 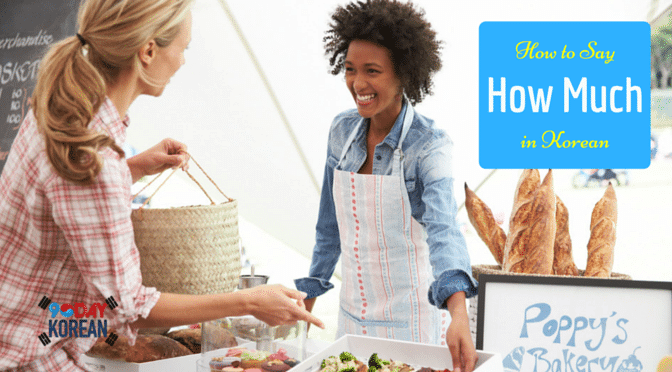 ‘How Much’ in Korean 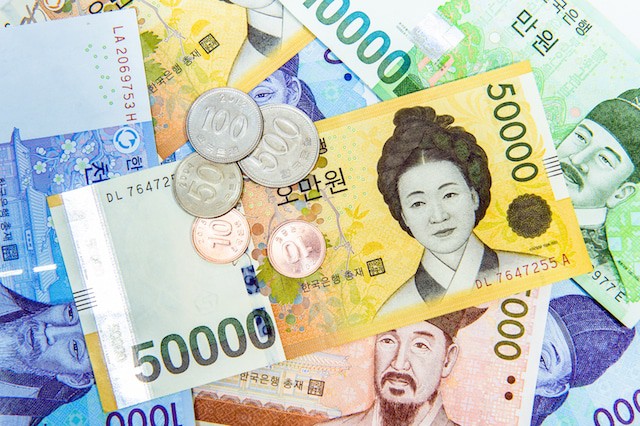 One of the most useful words to learn when studying Korean; the word ‘how much’ is 얼마 (eolma). This word is the basis of phrases such as ‘How much is it?’

Formal ‘How Much’ in Korean 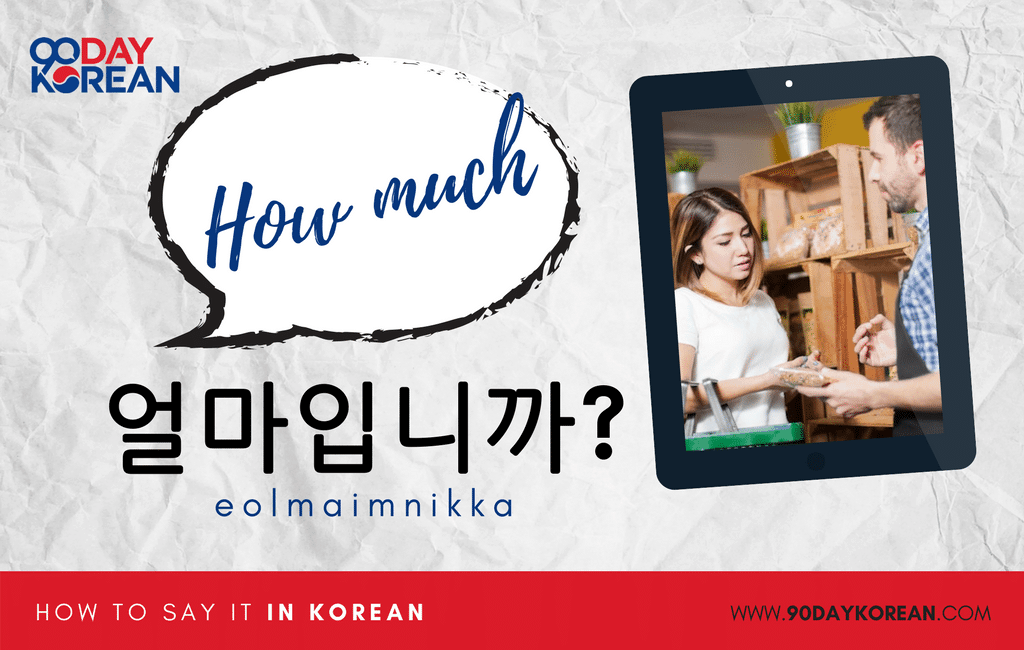 Formal Korean is often used in presentations and interviews, as well as in public announcements. Although you probably wouldn’t use this expression often in the street markets of Seoul, it could be useful if you want to speak more formally.

How much is it by airmail?

How much is the hourly parking fee?

Standard ‘How Much’ in Korean 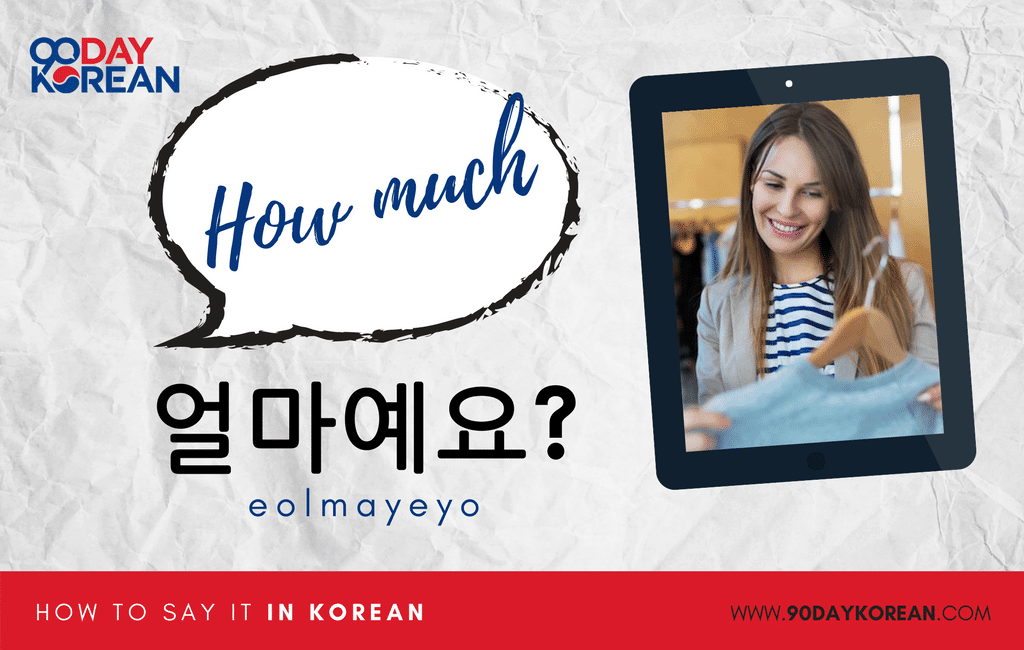 The standard way of saying ‘how much’ in Korean is one of the most useful expressions that you will learn during your Korean studies. You can use this expression with people you don’t know well, so it is perfect for use with street vendors or salespeople. You will hear this from time to time, especially in Suwon, but it is best to stick with 얼마예요 (eolmayeyo).

How much does it rent for?

Informal ‘How Much’ in Korean 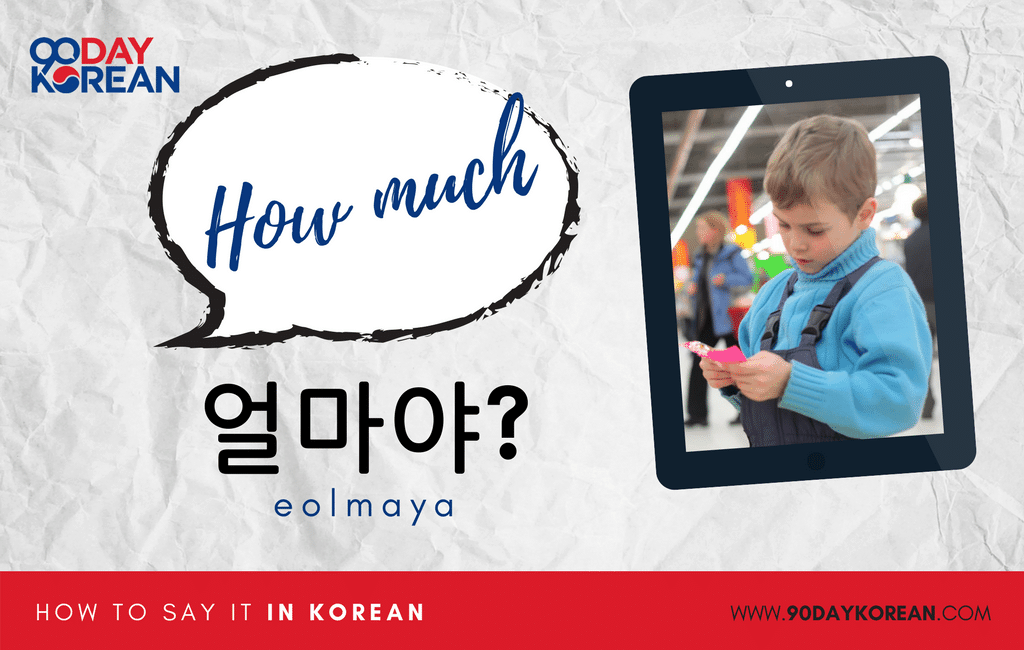 Informal Korean is used when talking to somebody who you are close to, and who is usually younger than you. This expression could be used when asking your boyfriend or girlfriend how much something is.

How much did you spend on all this?

In order to respond to this question, it’ll be helpful for you to learn to express numbers in Korean. If you want to learn Korean numbers, we have a full guide for you to know all about it.

This video shows How to Say “How Much” in Korean


How to Say "How Much" in Korean

Romanization is a useful tool for the complete beginner, but if you want to improve your Korean fast, then it is best to learn Hangeul. Hangeul, the Korean alphabet, allows you to learn new words while walking down the street or riding the subway, improves your pronunciation, and helps you identify similar parts of words, which makes memorization easier. You can learn how to read Hangeul in less than two hours on this very site. Now, that is what I call ‘time well spent’.

Check out our free list of Korean phrases or our Korean web course for all the help you will need when studying Korean.

Now that you know how to say ‘how much’ in Korean, it is time to hit the streets and learn about Korean culture by visiting some traditional markets. Have fun shopping!