If you want to learn Korean, then we’ve got you covered!

This guide is going to give you a brief overview of everything you need to know for how to learn Korean. Just follow each section, pick the language learning parts you want to focus on, and go as deep as you’d like.

Below we’ve listed all of the resources for learning Korean in order of importance. Start at the top and work your way down.

If there are any parts you already know, you can skip them. The only part we recommend not skipping is learning Hangeul (the Korean Alphabet). It’s easy to learn, and once you know it, you’ll supercharge your learning speed.

We have a great resource below that teaches you how to read in about 1 hour using fun stories and associations.

Once you’ve got that down, skip to the section that you want to focus on the most, or go in order. It’s your language learning journey, so do it as you like, and have fun with it. ^^

Korean is spoken by over 70 million people worldwide. There are different versions of the language for South Korea and North Korea. 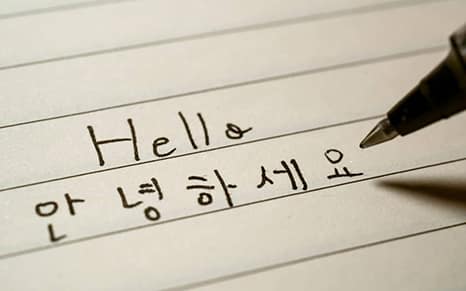 There are different dialects for the 사투리 (saturi) 6 regions of the country. 서울말 (seoulmal | Seoul dialect) is the standard, and 제주말 (jejumal | Jeju dialect) is the most unique.

We recommend learning Korean by focusing on the Seoul dialect. It’s the best for language learning when you’re first starting out. Once you have that down, you can branch out and start learning some bonus colloquial words to your repertoire.

The first think you’ll want to do is learn the alphabet. The Korean Alphabet (한글 | Hangeul) is one of the simplest alphabets to learn, even if you are an absolute beginner. You can learn it in a few hours, and be reading Korean sentences on the same day. 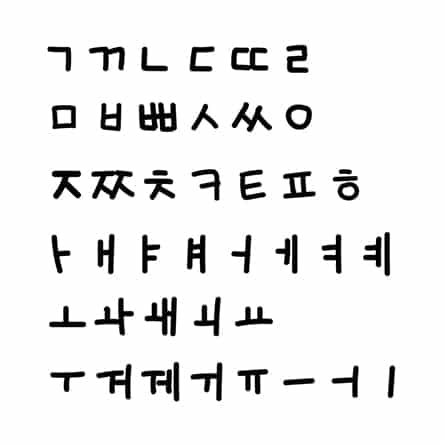 We provide a step-by-step lesson that will teach you how to read the Korean Alphabet in only 90 minutes using visual associations and stories. It’s based on psychology so you will be sure to remember what you learned!

This is probably the most critical step for making any progress with learning Korean. Spent the 90 minutes learning to read the alphabet, and you’ll learn Korean quite quickly. This will also help you learn to speak Korean since the pronunciation of Hangeul is much more precise than the romanized version [한글 (hangeul) vs. Hangeul, for instance].

How to Read Korean

After you learn the Korean alphabet, you will need to know how to read Korean. Knowing how to read will make it easier to speak Korean.

Learning to read fairly simple because Korean is broken up into syllables that are 2-4 letters each. Every syllable needs at least one consonant and one vowel.

The letters are read in order, left to right and top to bottom. You can learn how to read Hangul here. There are some examples to practice your reading skills as well.

Spend some time reading some simple words, such as Korean slang or the colors in Korean. This will be great practice, even if you don’t yet know the meaning of the words.

How to Speak Korean

Once you know how to read Korean, you’re going to want to begin speaking the language as quickly as possible. That will allow you to practice pronunciation and start to have simple conversations.

The good news about learning Korean is that you can start to have conversations with knowing only single words!

That’s right, once you learn the basic verb conjugation (change the verb form), you can ask questions and answer them. Take a look at our Korean Kickstarter Sentence Structure Lesson to learn how to make 32 sentences in no time at all.

There are a number of words that come from English and other languages. They’re also called “loan words”, but we think Konglish sounds more fun (Korean + English = Konglish). When you begin to learn Korean, make sure you start with these first.

Here’s an example of Konglish:

You already know more Korean than you thought! =)

We’ve got the full list of Konglish for you. Starting with these words is a great way to learn Korean because they’ll already be familiar to you. Simply read them aloud and see if you can recognize them. Easy game!

There are also other side benefits to learning how to type, such as being able to send text messages in KakaoTalk and searching on Korean websites. Texting with Korean friends over KakaoTalk will help you practice Korean words you already know, learn new words, and understand more about Korean culture. 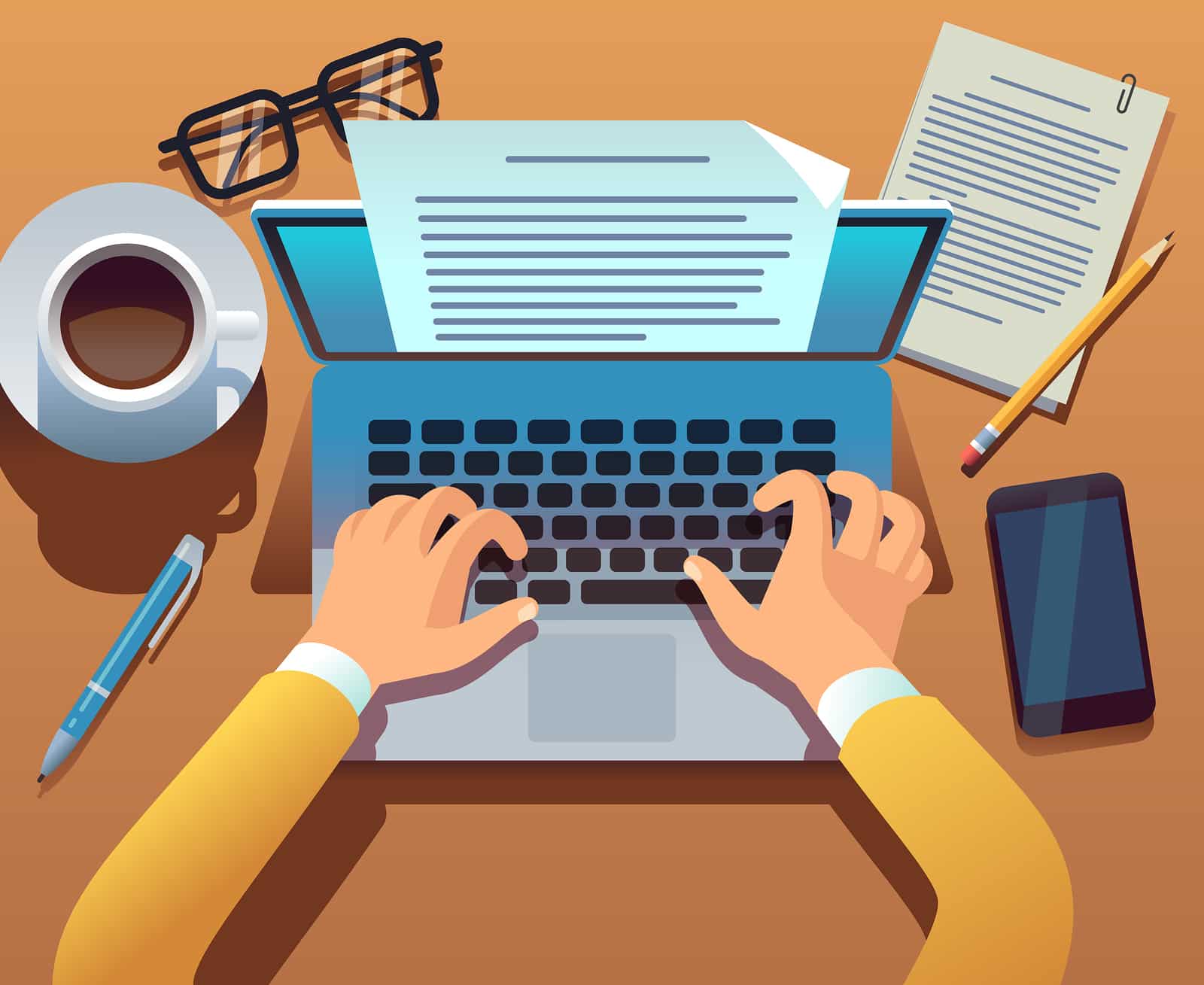 You can get a Korean keyboard for your desktop, or just get stickers to put over them. If you’re a true typing warrior, try downloading an image of the Korean keyboard layout, and look at it as you are learning to type.

It’s a piece of cake to install a keyboard on your smartphone or tablet, just head over to your settings and add one in. You’ll be typing in Korean in no time!

If you’re going to learn Korean, then you want to have the best Korean dictionary available.

We’re big fans of Naver dictionary It is the most popular dictionary for native Koreans when they are learning other languages. There is pronunciation for many of the words if you click on the blue speaker near the words.

You can use Naver’s Papago for translations, but don’t rely on it. It’s best to use it as a backup as you’re learning Korean.

For example, maybe your plan is to learn Korean by translating simple sentences. Although you may not know all of the words in the sentence, you could figure each of them out by typing them into a Korean dictionary (or cut and paste if you can’t type yet).

There are a lot of apps for learning Korean, but it’s best to choose the essentials first. Naver Dictionary has an app form, so that’s an excellent one to start using first. 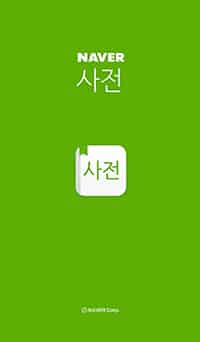 KakaoTalk is the main chat app for Korea. If you want to make Korean friends or up your Korean typing skills, then this is the app to use!

Here are the apps you need for living or traveling to Korea. Knowing how to navigate Korean apps can help you learn Korean since you’ll get extra practice with the language.

Get a Korean Name

If you really want to immerse yourself in Korean culture, then make sure you have a Korean name!

Not only will this help you learn Korean, but it will help you with making Korean friends. They will be impressed to find that you’ve got a Korean name.

Typically people get their Korean name by one of these methods:

Simple things like getting a Korean name and writing it over and over will help you learn Korean. We’ve got a complete guide on it, find out how to choose your very own Korean name.

Knowing the numbers are a key part of learning Korean. They’re basic building blocks that you should learn early on.

There are two numbering systems to learn in Korean. They are called the China System (Sino-Korean) and the Korea System (Native Korean).

The China System is very structured, so you can learn to count to a billion by learning less than 20 words.

The Korea System takes a bit more time to learn, so we recommend starting with the China System first.

We’ve got a complete Korean numbers guide, so head there if you wanted to level up your number skills. For now, here are the numbers 1- 10:

Once you learn the Korean numbers, it will be fairly easy to start telling time in Korean.

As you learn Korean, you’re definitely going to want to level up your vocabulary skills. Here is a list of the most common Korean words. Learn these first.

Once you get the basic words down, you can move onto other common word lists, such as colors, body parts, months, animals, and fruit & vegetables.

How to Remember Korean Words

If your native language is English, it can be challenging to learn Korean because there isn’t a great deal of overlap with words (beside Konglish).

There are some great strategies for this if you use associations, mnemonics, and stories for the words. For example, the word for “house” in Korean is 집 (jip). The words “house” and “jip” sound very different from each other. However, the word “jip” sounds like “Jeep”, so you can make a story using imagery about it.

If you like this method of learning Korean vocabulary, check out our lesson called How to Remember Korean Words Easily. Lots of useful tips for learning new words.

The more vocabulary words you know, the faster you’ll be able to learn Korean and put your skills to use in everyday situations.

If you want to learn Korean quickly, then it’s good to study these phrases first. These are expressions that you’re going to hear all the time, so it’s easy to become familiar with them.

Then, as you continue to learn Korean and develop your skills, you’ll be able to break down these phrases and understand what native speakers are saying.

We have an online Korean course that will teach you how to understand these phrases and learn Korean fast. In the first 90 days, you’ll learn how to have a 3-minute conversation in Korean. If you want to continue to learn Korean at an advanced level, we can help you with that, too.

It’s 100% online, structured, and go at your own pace. You can learn Korean on your computer, tablet, or mobile device.

As you learn the language, you’re going to want to start to understand Korean grammar. You don’t need to know it in-depth just yet. Instead, focus on learning the basics of Korean grammar.

The main sentence structure is:

The good news is that it’s fairly easy to learn the fundamentals of Korean grammar. Once you know the basic grammar structure, you can up your game and connect your sentences together. You’ll gain confidence in your skills, and have bragging rights reserved for those who take the time to come this far.

You’ll also want to learn Korean particles, but don’t spend a lot of time on them at the beginning. They’re often omitted in speech, so just understand a basic overview of how they work.

Korean honorifics are a way speaking that shows your relationship to the other person, the person you’re talking about. They’re important to know when learning Korean because you’ll hear them quite often.

In the case of your grandfather, you’d use 댁 (daek) instead of 집 (jip) when talking about his house. This could be when you’re talking to him, or about him to someone else.

Taking some time to learn Korean honorifics words will be worth your while. You don’t need to know them all, but knowing a few common ones will help. We’ve got a detailed writeup as well as a list of common Korean honorifics here.

The honorifics an integral part of learning Korean. If you want to learn Korean and get to an advanced level, then you’ll for sure want to become familiar with these. Best to add them to your Korean learning plan and study them now. That way you’ll be familiar with them when you read about or hear them.

What else do you want to know about learning the Korean language? Let us know in the comments below!