How to Say “No” in Korean – Different ways to decline

In this article, we will teach you how to say “no” in Korean. Hopefully, by the end of this article, you’ll better understand how to use this word, especially during negative situations. 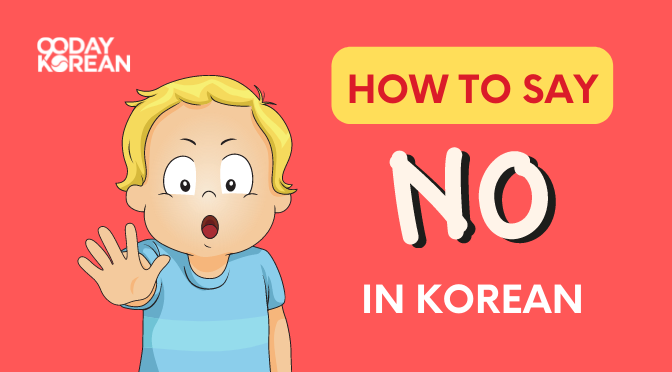 We’ve also included a FREE PDF version of this lesson you can take with you on the go. Check it out below:

How to say “no” in Korean

In Mr. Bean’s Holiday, Mr. Bean travels to France but only knows the French word for “yes.” His inability to say “no” causes all sorts of mishaps. To ensure that your stay in Korea doesn’t end up like Mr. Bean’s trip to France, make sure you know how to say “no” in Korean!

Below are the different ways to say “no” in Korean. But before that, here’s a video lesson that you can watch.

Formal and Standard “No” in Korean

In Korean, the words below are used to say “no” in both formal and standard forms.

You can use 아니요 (aniyo) in both formal and standard Korean. The word can be used by itself.

Some alternate spellings that you might see are 아니오 (anio) and 아뇨 (anyo). These mean the same thing but the correct spelling is 아니요 (aniyo). Therefore, use this spelling when you use the word. 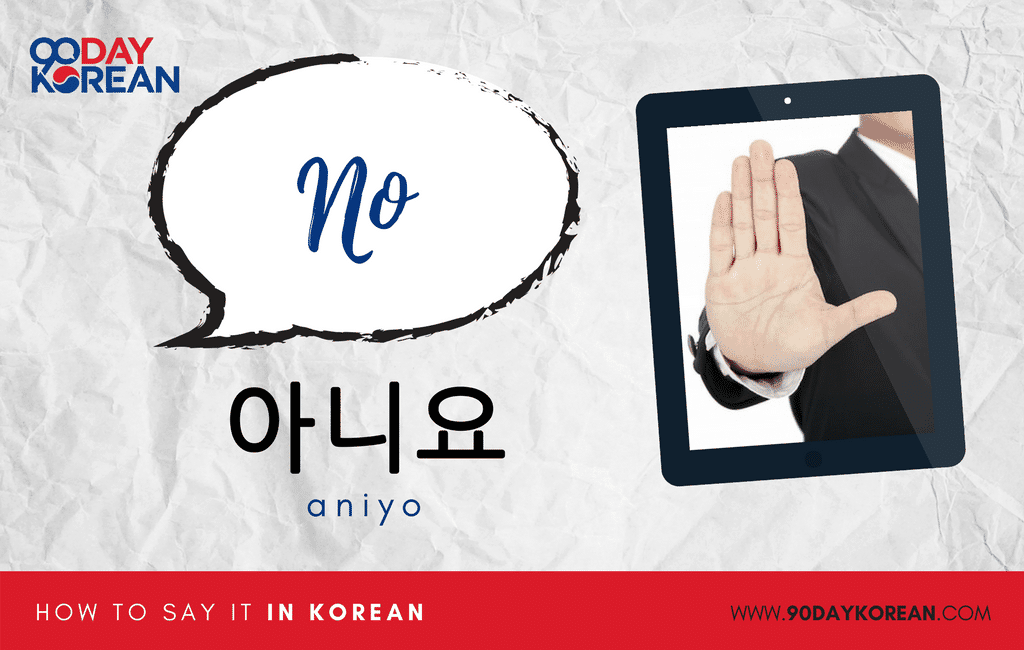 This is the old style of saying “no,” often used in traditional Korean dramas. It’s part of an older style of speaking.

Informal “No” in Korean

You can use this when talking to somebody very close to you and of a similar or younger age to you.

If you want to speak informally, you can drop the 요 from the end of the word and say 아니 (ani). How to say “it is not” in Korean

As mentioned in the video above, the Korean word used to mean “it is not” is 아니에요 (anieyo). 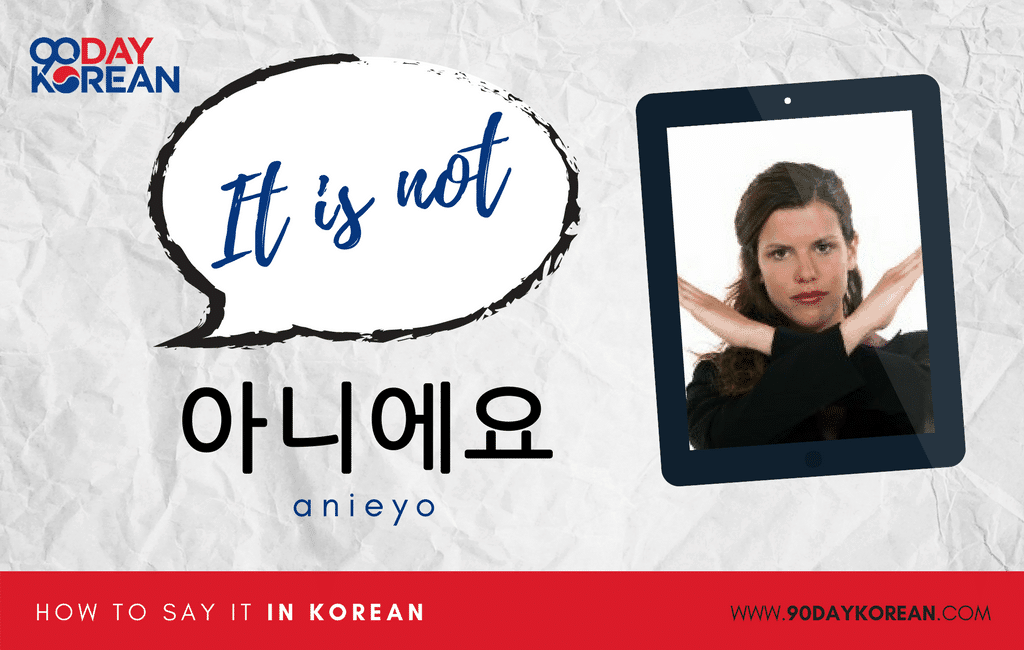 No, I’m not Japanese.

No, I’m not British.

No, I’m not Chinese.

How to say “No, thank you” in Korean

To politely decline if someone invites you somewhere or offers you something, we usually say “no, thank you.”You can say “no, thank you” in Korean as 고맙지만 괜찮아요 (gomapjiman gwaenchanayo), which translates to “Thank you, but I’m okay.”

Other ways to say “no” in Korean

By now, you should know how to say “no” in Korean. However, in the Korean language, there are many other words and phrases that would be written as “no” if they were translated into English. Below are some of the more common examples. All of the examples are at the standard politeness level.

“It is not allowed” in Korean

If you want to say “no” in Korean to emphasize that something isn’t allowed, you can use the word 안돼요 (andwaeyo).

No [literally – it’s not allowed]

If you want to express that you can’t do a certain thing, you can say 못해요 (mothaeyo).

“It doesn’t exist” in Korean

Lastly, if you want to say “no” when responding to a question if you have something or not, you can use the word 없어요 (eopseoyo). This means that you don’t have it, or the thing does not exist.

Do you have any cash?

No [literally – it doesn’t exist]

Romanization means to sound out Korean words using English letters and writing them in this form. This works well if you only need to know a few Korean words.

However, the English representation of Korean words can be pretty confusing! It often frustrates Korean learners since there are many interpretations of how to pronounce romanized words.

The good news is that you can learn the Korean alphabet in about 1 hour! You can download it here for free.

The sooner you can get past romanization and reading Hangul, the faster you’ll be able to learn Korean!

We hope by now you’ll be able to say “no” in Korean, especially when the need arises. Keep listening to how Koreans answer questions negatively to help you understand how to say “no” in different situations.