Korean Age – Calculator and Explanation of the System

Korean age is different than the age used in most countries. The whole concept of age is deeply embedded in the Korean language and Korean culture.

We’ll fill you in on what you need to know about age in Korea. We’ll also show you how to calculate your own Korean age. You can choose our easy formula or our Korean age calculator.

Do you want a downloadable guide for this topic? We have a free PDF resource for you here:

Enter your birth year below, and the Korean age calculator will show you your Korean age.

Enter Your Birth Year:
Your Korean age is years old.

What is Korean Age?

Korean age is a way that Koreans calculate their age. It is always one or two years more than your international age. Koreans consider a year in the womb as counting towards their age, so everyone is one year old at birth. Everyone gets one year added to their Korean age on New Year’s Day.

Here’s an easy way to think about it. Your Korean age will always be at least one year older than your international age. That’s because Korean age adds one year because of the time you spent in the womb before being born (approximately one year). 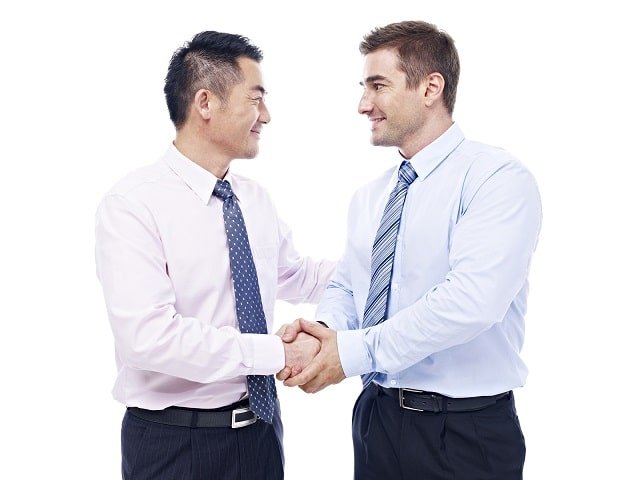 Your Korean age will change on New Year’s Day, not on your birthday. People in Korea still celebrate their birthdays on the day they were born and count their actual age. However, it doesn’t affect their Korean age. Their Korean age changes on January 1st.

Why is Korean Age Important?

Age in Korea is very important in Korean culture. Far more important than it is in Europe or the USA.

Often the first question that people ask is, “How old are you?” People’s age is important not just for things like whether you are old enough to buy cigarettes and alcohol, but for a whole variety of social interactions in Korea.

Even the way you refer to your friends is based on their age; if they are a year older than you, they might be your 누나 (nuna) or  언니 (eonni), if they are younger, they will be your 동생 (dongsaeng).

With all this importance on age, answering the question “How old are you?” is very important. But the answer depends on the meaning of the question.

Why is Korean Age Different?

Korean age is different from international age (or Western age) because of two reasons. First, you are automatically one year old at birth. Second, you age another year because of the turn of the calendar year. Your date of birth doesn’t affect your Korean age.

In contrast, if you are a baby born in the USA, then you are considered to be one day old on the day after you are born. The nine months that you spent inside your mommy’s tummy are not considered part of your age. Your age increases by one each time your date of birth passes.

In Korea, on the day of your birth, you are considered one year old; the time you spent in the womb counts as the first year of your life (despite it only being nine months). Because of this, your Korean age is always at least one year higher than your international age. Then the change of the year on January 1st automatically advances your Korean age by one. You can read more about Korean months here.

If you’re curious to know “what’s my Korean age,” there are three simple ways to get the answer. One of the easiest and simplest ways of knowing your age in Korean is to add one year to the current year then subtract your year of birth. This method will make you one year older than your Western age.

Pick whichever one you like the best among these. We recommend using the Korean age calculator last. Let’s take a look at the examples of each method below.

2. Use the “Korean Age Birthday Formula”

Birthday has passed this year: Your Age + 1 = Korean Age

Birthday has not passed this year: Your Age + 2 = Korean Age

If you are 25 and your birthday has passed:

If you are 25 and your birthday has not passed this year:

This means that your Korean age will be one or two years more than your international age.

3. Use the Korean Age Calculator

Enter Your Birth Year:
Your Korean age is years old.

If you want to get a solid understanding of Korean age, then you could try to calculate a person’s age using the formulas, like celebrities or people you know. Then you can use the Korean age calculator to check if you’re correct.

Keep in mind that the Korean age calculator uses today’s date. If you want to calculate a Korean age on a different date, use formulas 1 and 2.

Now that you know how to calculate your Korean age let’s look at some examples.

Let’s take a look at a comparison between using the international age system and the Korean age. In this example, your birthday is September 21st, 1997.

Let’s discover how old is Jungkook based on both his Korean and international. Jeon Jung-kook is one of the BTS members, a popular South Korean boy band in South Korea and globally.

How to Say Your Age in Korean

This means “I am 20 years old“. You can substitute your age by using the chart below. If you don’t know how Korean numbers work, then check out this resource.

How to Ask Someone’s Korean Age

You can also ask someone’s Korean age by using this question:

You may hear people ask you for your birthdate. That means you’ll tell them your birth year, birth month, and birthdate (in that order). For example:

What’s your date of birth?

This is a very common question if you go somewhere where you’ll need to be registered, such as at the dentist or doctor’s office. They use the year you were born plus your birth month and day to look you up in their systems.

There are three words that can be used for age. If you are speaking to somebody who is a lot older than you, or if you are in a formal setting, then you should use the word 연세 (yeonse).

If you are speaking to somebody younger than you or of a similar age, you can use the words 나이 (nai) or 살 (sal).

살 (sal) translates as something closer to “years old” rather than age. If you want to say “years old” when talking about someone a lot older than you, then you should say 세 (se) instead of 살 (sal).

Somewhat ironically, to ask somebody their age in Korean, you have to guess how old they are to allow you to use the correct level of politeness.

There is a big chance of confusion when non-Koreans talk about age with Koreans. The way that most Koreans avoid confusion is to use the terms “Korean age” and “international age” when talking about age.

I’m twenty in Korean age but nineteen in Western age.

These are some common Korean words that you’ll hear. You may notice them if you live in Korea and know how to read Hangeul.

You may also hear these terms when people are talking about the international age. They all mean the same as “만 나이 (man nai).”

How to Say “How Old Are You” in Korean

Formal “How Old Are You” in Korean

If you are in a formal situation such as a presentation or interview, then you can use the above expression to ask how old somebody is.

Standard “How Old Are You” in Korean

Informal “How Old Are You” in Korean

If you ask somebody their age, you are probably not close enough to them to get away with using informal language. It is best to play it safe and say 몇 살이에요 (myeot sarieyo)? instead of 몇 살이야 (myeot sariya)?

When is the international age used in Korea?

The legal age for most things in Korea is 19. This means an international age of 18.

The legal drinking age in Korea is 20 years old (Korean age). This means you must have an international age of at least 19 years old to legally drink alcoholic beverages in Korea.

One of the duties of male Koreans is to render service in the military for about 2 years. According to Korean law, all men at the age of 19 years old to 28  years old must perform military service.

When Do Koreans Celebrate their Birthdays?

Everybody in Korea shares the same birthday: January 1st or New Year’s Day.  However, that’s not when they celebrate their actual birthday. 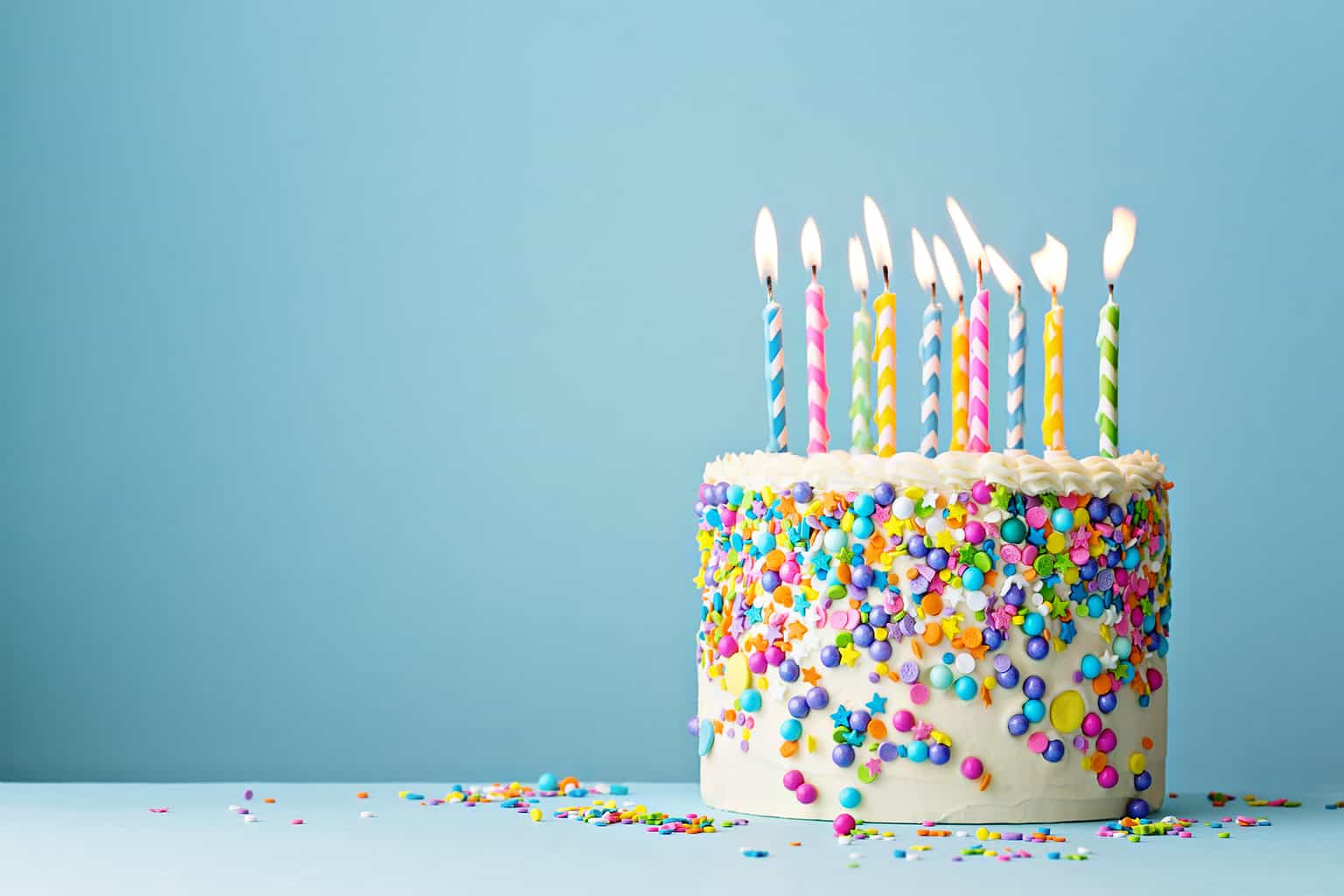 Everybody has their own birthday, complete with cake and candles. Koreans celebrate their birthday on the day they were born. But on your birthday in Korea, you are not considered one year older than the day before.

When do Koreans celebrate their birthdays?

Instead, Koreans all age on the same day. January 1st. No matter when your birthday is, if you were 40 years old on December 31st, then on January 1st, you will be 41. Korean age works as if everybody was born on January 1st.

Wow, we are the same age!

As age determines a complete host of social interactions in Korea, being of the same age can make everybody feel more comfortable. If somebody that you have just met finds out that you are the same age as them, they will often be excited. This is because if you and your friend are the same age in Korea, neither person will have any of the social obligations that come from being a different age from each other.

Being the same age as another person has a special word in Korean: 동갑 (donggap). You will often hear the expression 우리는 동갑이다 (urineun donggabida), which means “we are the same age.” As the Korean age system is based on the year of birth, rather than your birthday, you will always be the same age as this new friend, even if your birthday is the very next day!

Now that you know the difference between Korean age and international age and how to calculate your Korean age. But don’t be upset that you have suddenly become two years older. After all, age is just a number!

If you liked this article and want to learn Korean, head over here for more great resources:

298 replies to "Korean Age – Calculator and Explanation of the System"