How to Speak Korean – Online Guide for Conversational Fluency

Do you want to learn how to speak Korean? If so, you’ve come to the right place!

Korean is the official language of South Korea, so it’s very useful to know how to converse if you’re heading out this way for a trip. You may be interested in speaking Korean so you can communicate with Korean friends, talk with Korean in-laws, or chat with your significant other in his or her native language.

Many people these days want to learn a new language, and they choose Korean because of the popularity of Korean Dramas, K-Pop, Korean movies, and Korean culture.

Whatever the reason is, we’ve got you covered! Below, we organized an online plan for conversational fluency that you can put to use right away.

Read on for a simple step by step guide on how to speak Korean! 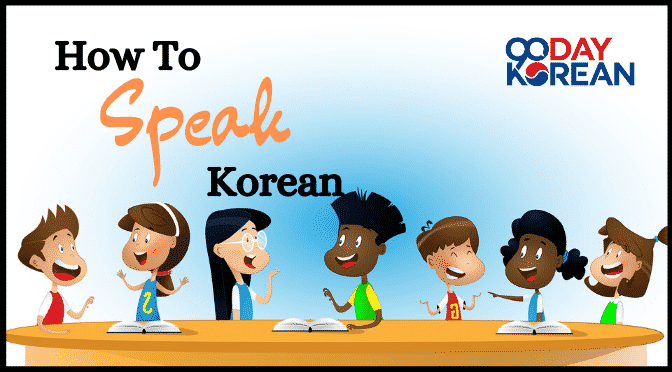 How to Use this Guide

You don’t need to learn Korean in order to speak Korean. For example, you may want to talk to Koreans, but you don’t care about reading a comic book or writing an email in Korean.

However, if you want to have significant conversations in Korean quickly, then you’ll want to follow the steps below. These lessons and resources will show you the 80/20 for speaking Korean. In other words, you’ll learn the 20% of Korean that will give you 80% of the results. This will help you learn the most in the shortest amount of time.

Spend only the required time on each step, and then move on. Get a good understanding, but don’t worry about mastering each step for speaking Korean. There will be plenty of time for that later during conversation time.

Each step also has a “related lessons” section at the bottom. You can use that after you’ve gone through all six steps, and you’ve decided you want to continue learning Korean.

If you want to speak Korean, the first thing you should do is learn to read Hangeul (the Korean alphabet). Learning Hangeul only takes about 1 hour to learn. There are two massive benefits to this.

First, you’ll be able to read Korean words and sentences quickly and easily. You’ll be able to supercharge any Korean learning that you do, and begin to speak Korean in no time. It’s one of the simplest and most effective hacks for having Korean conversations

And second, it will help you understand and use the correct pronunciation of your newly-learned words. This is critical if you want to speak Korean and have conversations. Korean pronunciation is significantly easier if you can read the alphabet. 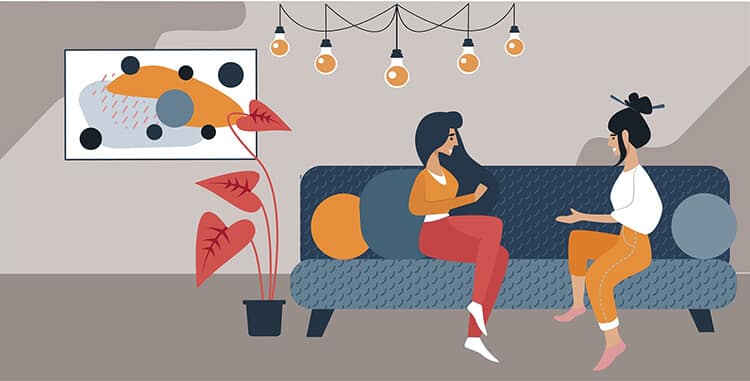 Once you can read the letters, move onto the next step in our guide. You don’t need to master them, just make sure you can sound out words.

The second part in our series of lessons on speaking is how to learn the Korean numbers. There are two number systems in use in the Korean language.

The first system is the Sino-Korean number system, which Korean language adopted from Chinese. They’re quite easy to learn as you only need to memorize the first 10 numbers plus 100, 1000, 10000 and so on. The rest is all combining the basic numbers together.

For example, number 2 is 이 (i) and 10 is 십 (sip). And 22 is 이십이 (isipi). This number system is used for multiple different things like money and calendar dates.

This is the most useful number system, so learn it first. It’s easy to learn because it’s structured. It follows patterns, and may even be easier to learn than numbers in English.

The second system is the native Korean number system, which was created later. It’s takes a little bit more effort to learn these numbers. The pronunciation is a bit more challenging, and they don’t follow the simple patterns of the Sino-Korean number system. For example, four is 넷 (net) and five is 다섯 (daseot), while forty is 마흔 (maheun) and fifty is 쉰 (swin).

The native Korean counting system only goes up to 99, but even those numbers can be tough to say. You’ll use these numbers to tell your age, or to count quantities like how many bananas you want to buy at the market, and so on.

Just start with the Sino-Korean system and learn to count to 100. Then move onto the next step. You can bookmark the page and then learn more about the native Korean numbers later.

Even if you aren’t using the correct number system when you speak, people will understand what you’re saying. That’s the goal—to get you speaking Korean as soon as possible!

To help develop your speaking skills, start learning the most common phrases for Korean language learning. Using them will allow you to have Korean conversations quickly.

There are many phrases on this list, but you don’t need to learn them all. Just start with the essential and everyday phrases that will get you talking in Korean. These are simple phrases like “hello“, “excuse me”, and “thank you“.

Once you learn the essential and everyday phrases, bookmark this page for later use, and move onto the next step.

Now that you know how to read Korean, know the numbers, and know some basic phrases, it’s time to learn some of the most common words in the Korean language.

Start by learning Korean nouns first. These are the words that you will come across most, so they will be the most useful when you practice speaking Korean.

Learning Korean words alone will not be enough to start making sentences. However, when you know the Korean vocabulary well, it will help you to form those sentences. These are Korean words that you will want to memorize as soon as you can so you can start creating sentences.

The way you memorize them is up to you. The way we recommend learning these words is to use a flashcard system like Anki. It allows for space repetition learning, and is quite fun!

Become familiar with these, and then move onto the next step. 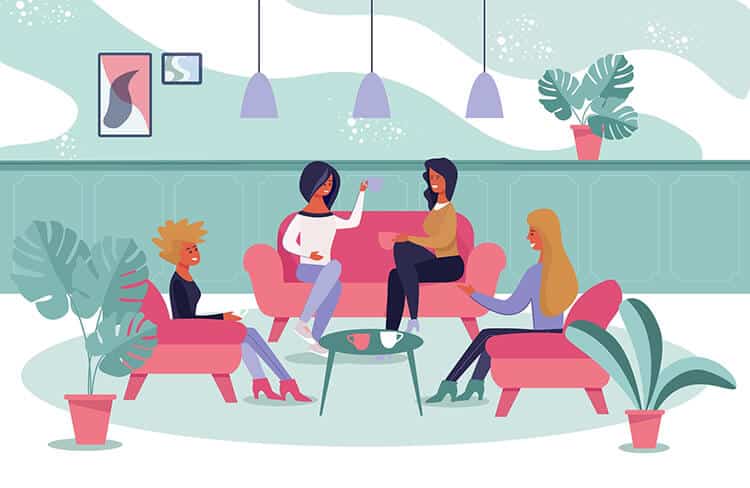 Once you have a handle on some of the basic phrases and commonly used words in Korean language, it’s time to start making sentences! This is one of the most effective lessons because you can make 30+ sentences by learning only a few words and endings.

There are some additional Korean grammar sections in this lesson, but you can skip it for now. Just focus on the verbs and the conjugations, they will be the biggest help.

Congratulations! You have now learned all of the basics for having conversations in Korean. You have a fantastic framework for speaking Korean. for That only leaves one more step: actually starting to talk in Korean!

Language exchange is one of the most popular ways for foreigners to practice Korean speaking. It’s also a popular way for Koreans to practice other languages. That makes it a fantastic way to practice speaking Korean, no matter which level you are. 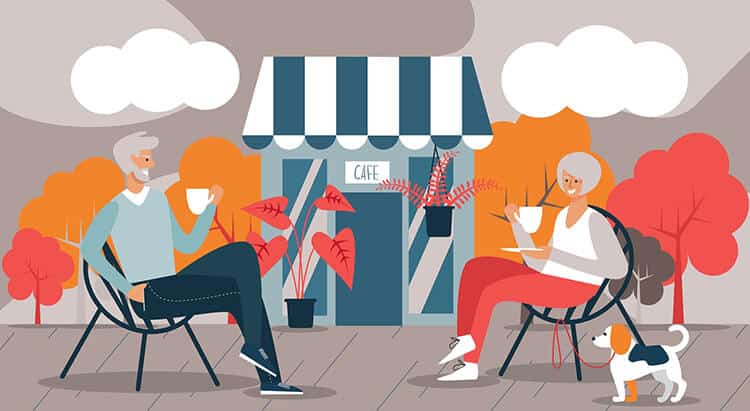 You don’t need to be in Korea to have a conversation partner for Korean. We have compiled a list of great language exchange websites that you can start using today. You can also practice speaking Korean with a friend who’s studying the language so you can help each other learn together.

There you have it–our framework and step-by-step plan for learning how to speak Korean quickly and easily! We hope you love it and are ready to start using what you’ve learned right away.

If you liked this, then you may want to check out our in-depth guide on how to learn Korean. It contains everything we covered in here, but also also has extra lessons on other parts of the language.

We also have a structured, step-by-step online Korean course that will teach you how to have a 3 minute conversation in the first 90 days. You can learn Korean from anywhere in the world using our fun and easy method.

How can we help you with learning to speak Korean? Let us know in the comments below!