Korean Conjugation – How to Use Verbs & Adjectives

In this lesson, we’ll cover everything you need to know about Korean conjugation.

We’ll explain what Korean conjugation is, how to use it, and when to use it.

Let’s go over some common Korean conjugations – and rules related to them – so that you can get kickstarted on creating your own, conjugated sentences! 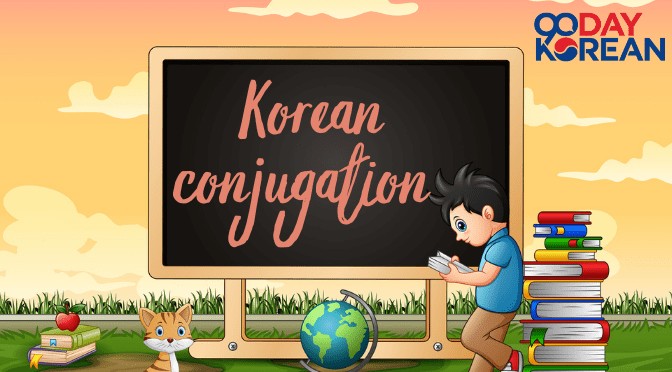 Below is a free PDF guide for “Korean Conjugation” that you can download and take with you:

What is Korean conjugation?

Korean conjugations in Korean grammar determine the meaning, tense, tone, and mood of sentences. It’s important to learn conjugation as you progress in learning Korean.

For example, let’s say you’re going to use the verb “go” in a sentence. The base form is in Korean is:

However, you need to change it to the present tense.

However, unlike in any other language, Korean grammar takes conjugation to another level. Conjugations in Korean aren’t limited to Korean verbs. Other parts of speech such as adjectives can be conjugated.

How many conjugations are there in Korean?

There are 40 basic verb endings but there are over 400 verb endings when all are combined. They are made up of the different Korean grammar categories such as the different tenses (past, present, and future tense), honorifics, and voices to name a few.

These verb conjugations will allow you to build your own sentences and express yourself.

For example, if you want to say you’re not good at something, you’ll use the verb ending ~지 못 해요 (~ji mot haeyo).

If you want to tell your friend of your plan tomorrow or on the coming weekend, you’ll use the future tense verb conjugation.

These are a few of the common Korean verb endings you can use for verb conjugation.

How does Korean Verb Conjugation work?

We’ll get more into the details of conjugations in Korean in a while.

The common Korean verb conjugation is the use of 아요 (ayo) and 어요 (eoyo) which gives the Korean verb its polite and present tense form.

Let’s use the Korean verbs 자다 (jada) and 먹다 (meokda) as an example. These 2 Korean verbs are both in their verb stem form.

As mentioned earlier, verb conjugations in Korean happen by dropping the 다 verb endings from the verb stem.

For the Korean verbs 자다 and 먹다, we’ll need to drop the 다 verb endings which will make them: 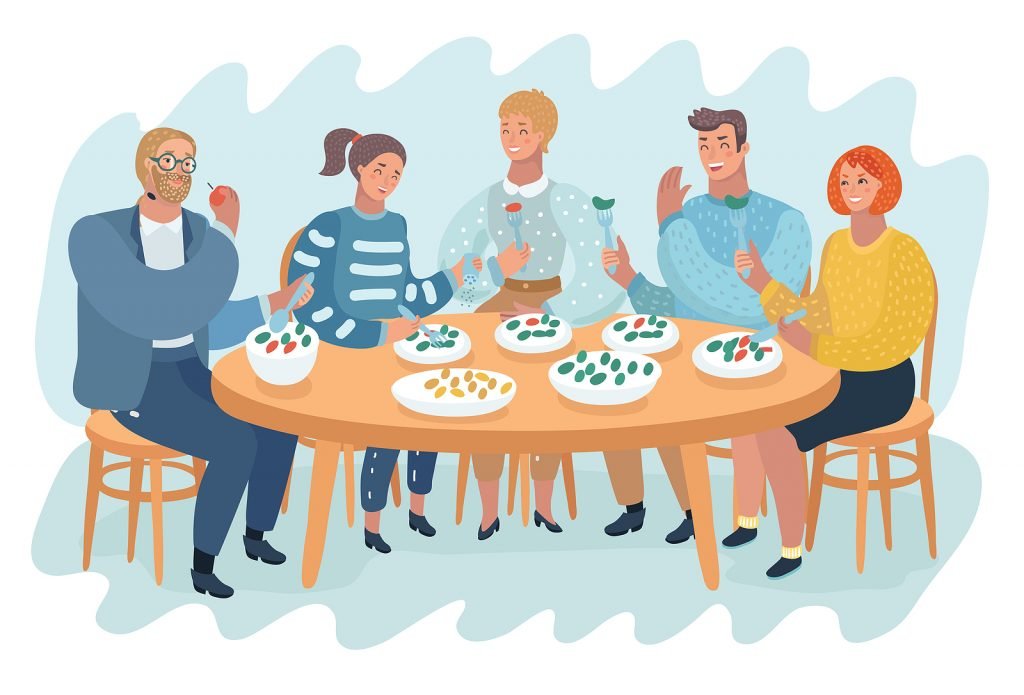 How important is it to learn Korean Conjugation?

When learning the Korean language, particularly Korean grammar, Korean verb conjugation is very important to learn. As mentioned earlier, it sets the tense, tone, and meaning of your sentences which are basically all essential elements you’ll need when communicating.

Koreans give emphasis to politeness in everything including their language. Korean verb conjugation will help you show your respect and politeness towards a person.

Once you get familiar with the different conjugations, it’ll be easy for you to convey and appear to be respectful and polite.

Which part of the verb do you conjugate?

Before learning which part of the Korean verb we need to conjugate, we need to take note that each Korean verb, adverb, and adjective consist of two pieces: a stem and an ending. The first part is the stem and 다 is the ending. These are usually their dictionary form.

When you conjugate any word, you will drop the 다 and replace it with the conjugation. Whenever you conjugate a verb, you only need to think of your tense and tone. The conjugation doesn’t change for the first person, second person, multiple people, etc.

Let’s take a quick look at some common Korean verbs in their basic form or dictionary form!

These Korean verbs are made up of a verb stem and a 다 ending.

How to make the conjugation form of the verbs

In addition to what we already know about how we conjugate verbs in Korean, there are many conjugations that come together with a small puzzle piece that connects the stem to the conjugation in the most natural way. Let’s look at some simple examples of this.

As you can see, the puzzle piece slightly changes the verb stem it joins. Most of the time the Korean verbs play nice with them, so the rules are easy to learn.

How do I combine the verb stem and conjugation?

Simply, when 아 meets 아, it drops out. And when 아 meets 오, they connect together into one syllable; for example, 보 becomes 봐. When the verb stem ends in a consonant after 아 or 오, 아 becomes its own syllable.

For all other verb stems, you connect them with 어. When the verb stem ends with 이 the 이 + 어 combination cooks up 여. Only the verb 하다 is different and turns into 해.

Some conjugations also require the puzzle piece 으 to be connected when a verb stems ends with a consonant. (으)면, which we will introduce below, is one such conjugation. We’ll go over how to conjugate irregular verbs at a later time. 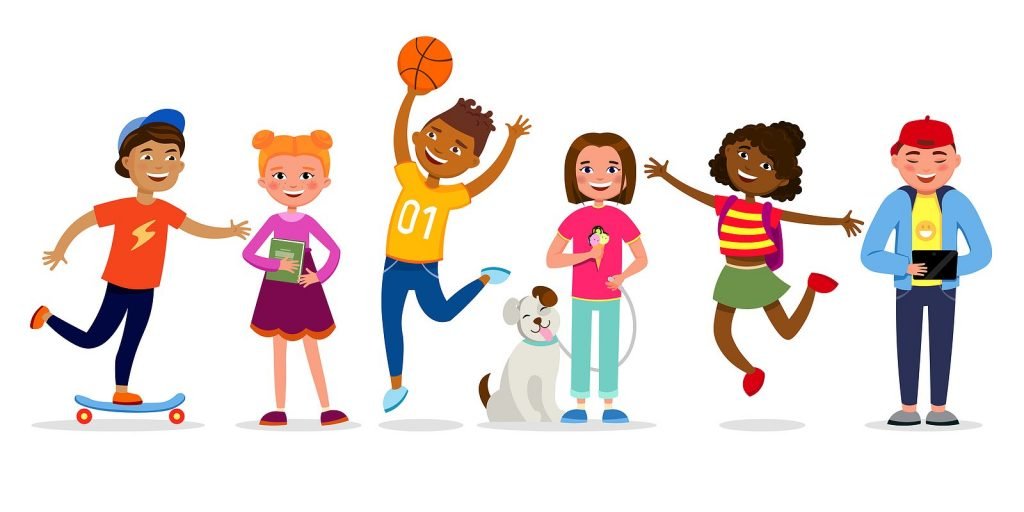 In this part of the lesson, we’ll be showing the different conjugations for 2 of the commonly used Korean verbs 보다 (boda)  and 만들다 (mandeulda).

보다 (boda) and 만들다 (mandeulda) are the dictionary form of the Korean verbs “to watch or to see” and “to make”. Both Korean verbs are made up of a verb stem and a 다 (da) ending.

Let’s go over how to conjugate these common Korean verbs so that you can immediately see how all this works!

Below is a table with the different conjugations for the verb 보다 (boda) that ends in a vowel following the different tenses and tones.

The verb 보다 (boda) can also take other forms of conjugation. Let’s take a look at the table below to get familiar with them.

The verb 만들다 (mandeulda) can also take other forms of conjugation. Let’s take a look at the table below to get familiar with them.

The verb 하다 (hada) generally means “to do” in English. It is usually attached to words to make them either action verbs or descriptive verbs. For example:

Below are the conjugation examples of the verb 하다 (hada):

The verb 이다 (ida) is the Korean equivalent of “to be” in English. It is usually used to identify people and objects. When using it to form sentences, it can be used with the following sentence structure:

Here are conjugation examples for the verb 이다 (ida) – to be.

*Note: if you wish to use the past tense for 이다 (ida) on a casual level, use this form and simply drop the 요 (yo) from its tail

You may be thinking, “that’s quite a bit of vocabulary to remember!”

It gets easier with practice, and this grammar rule allows sentences to be more specific. Read these example sentences for 이다 (ida) to see:

I am a Vietnamese.

I am a singer.

He was a soldier.

He was a good friend.

I am a student

Let’s take a closer look at the verb, 있다 (itda) – to have. Here are its basic conjugations in Korean grammar:

*Note: To create the casual/informal form, simply use these without the 요 (yo) at the end

You’ll notice that 있다 (itda) conjugate verbs much like 이다 (ida), with only slight changes in the letters because of the word itself.

있다 operates more like an adjective than a verb, changing how it works with particles. Hopefully, these examples will help illustrate that:

I have a question.

Do you have a question?

I had a girlfriend.

I have a little brother.

I had a boyfriend.

I had an appointment.

Next, 없다 (eopda) means “to not have.” It is the opposite of 있다(itda) which means “to have.” It is conjugated the same as 있다 (itda). Here are some grammar examples:

I don’t have a big sister.

I didn’t have time.

I don’t have cash.

Success! You’ve finished learning how to conjugate Korean verbs and are now ready to start putting Korean conjugations to use in your Korean studies.

There are a lot of useful verb conjugations in here, so make sure you refer to this list often. Slowly, you will be able to master Korean verb conjugation. In addition to these verb conjugations, there are many more you’ll later get to learn. You can also learn about Korean particles and how they fit into Korean grammar in general.

What Korean verb conjugation do you think is most useful? Let us know in the comments below!

25 replies to "Korean Conjugation – How to Use Verbs & Adjectives"