In this lesson, we will introduce you to Korean verbs! They are the most important part of most sentences in the Korean language, so you will want to learn and memorize as many different verbs as possible. Have fun learning these useful and common Korean verbs presented below! Because Korean verbs are typically listed with -다 added to their stems in dictionaries, we will also do so here. 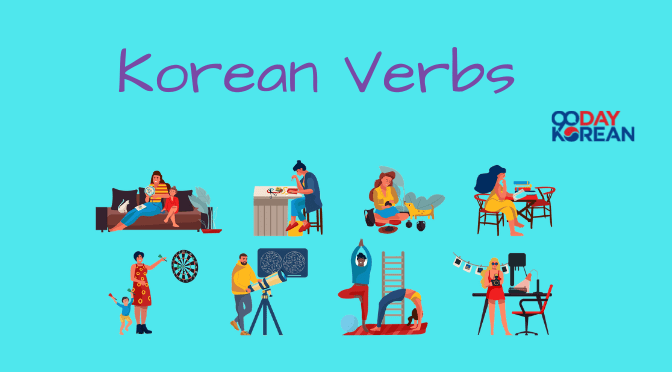 Verbs are an important part of speech in Korean grammar. Learning Korean verbs can come off as challenging when you’re just starting. There are many different rules to follow such as verb endings following the tenses (i.e past tense, present tense, future tense), honorific form, verb stem, and a lot more. But, there are ways you can use to learn them.

In Korea, a verb is called 동사. They have 4 different classifications, namely active, descriptive, existential, and copulas. All these verb classifications are made up of a verb stem and a suffix.

One thing unique about it is that once you get to have a lot of verb vocabulary and know how to conjugate them, you’ll be able to make your own simple Korean sentence. A Korean verb doesn’t need to have a subject to make it stand on its own. A Korean verb, when properly conjugated, can be a sentence on its own.

If you want to talk about linking verbs, you can say it as 연결 동사 (yeongyeol dongsa).

Here are some basic Korean verbs you can start with.

Below is a useful Korean verbs list that will help you build a simple Korean sentence. These are commonly used in conversations in South Korea. These verbs are in their dictionary form. If you want to verify their meaning, you can use these forms to look them up in the dictionary.

How to conjugate Korean verbs

These are regular verbs as they can be easily conjugated using different Korean verb conjugations. The character 다 is removed, and the correct conjugation is added with the last vowel of the verb considered. This also applies to Korean adjectives.

It’s also good to note that the verbs are also conjugated based on speech levels. There are conjugations that are in honorific form.

In this section, we’ve listed the common Korean verbs with their conjugations in the present tense.

In this section, we’ve listed the common Korean verbs with their conjugations in the past tense. 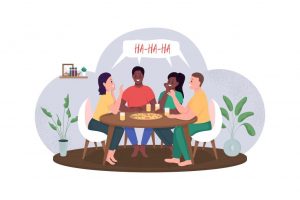 Below are lists of the different Korean irregular verbs. These verbs are also in their dictionary form.

These are Korean verbs that have the letter ㅂ as its 받침 (batchim).

These are Korean verbs that have 르 as their verb stem ending.

These are Korean verbs that have 으 as their verb stem ending.

These are Korean verbs or adjectives that have the letter ㅎ as its 받침 (batchim).

To do in Korean

“To do” in Korean is 하다 (hada). This verb is considered a regular verb.

You’ll often see the word 하다 (hada) in many Korean words, and these are called 하다 (hada) verbs.

The verb 하다 (hada) is usually added to words that are nouns to make them a verb. For example, the words 걱정하다 (to worry), 공부하다 (to study), and 노래하다 (to sing). When 하다 is removed from these words, what’s left is a noun: 걱정 (worry), 공부(study), and 노래 (song).

Here are some other examples of words made up of a noun and 하다:

However, a Korean adjective may originate from a verb, but it can never function as an action verb.

Below is a Korean adjectives list to help you describe people, things, events, or experiences.

Korean descriptive verbs are also known as Korean adjectives. Adjectives in Korean look and act similar to verbs. However, sometimes the conjugations will be different based on whether it’s a verb or adjective.

You can know if it’s considered a verb or adjective by looking it up in a Korean dictionary such as Naver. Typically if the word is an adjective in English, it’s often an adjective in Korean.

The suffix 되 or 돼 are used to make a verb ending in 하다 (hada) into passive.

When they are used as a passive verb, they’ll have the following forms: 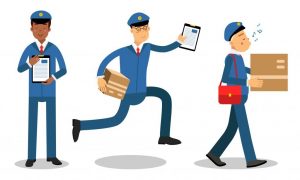 The other suffixes 이, 히, 리, and 기 are used for non-하다 verbs. For example,

They take the following passive forms:

How many verb tenses are there in Korean?

Similar to the English language, Korean verbs also have the 3 main verb tenses. They’re the present tense, past tense, and future tense.

Korean verbs also have progressive tense and perfect tense. These tenses also take an honorific form. If you’re learning Korean verbs, you might also want to learn the honorific form of the verbs according to their tenses.

How are Korean verbs formed based on the tenses?

How do you say the tenses in Korean?

There are different words used for the English word “tense.” However, in this section, we’ll talk about the Korean word used for the verb tenses.

Below are Korean words for the different verb tenses (present, past tense, and future tense).

The other verb tense includes the following:

For the duration of this lesson, you did not need to stress over how to actually put these verbs to use. For this, you would need to know and use Korean conjugations. If you want to get started on forming sentences around these Korean verbs, your next step should be to learn the conjugations, which you can do right here!