How to Say “Happy New Year” in Korean

Ready to try out your Korean skills while you bring in the new year? Then you should learn how to say “Happy New Year” in Korean! We’ll show you how! 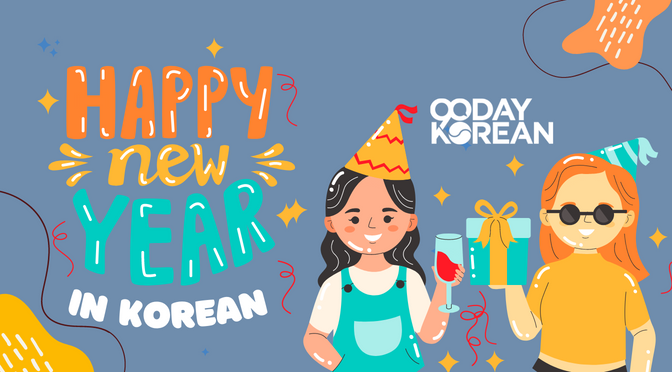 Before we get into the Korean vocabulary, here are a few important things to go over related to New Year’s in Korea. Firstly, Korea has two New Year celebrations.

During the Solar New Year, people often spent time with their friends. In Central Seoul on New Year’s Eve, many people gather to hear the ringing of the bell in 종로 (Jongno) on the stroke of midnight.

The second New Year celebration celebrated in Korea is known as Lunar New Year or 구정 (gujeong). This is held in late January or early February. Koreans celebrate it by having a large holiday known as 설날 (seollal). During seollal, people usually visit their hometown, eat 떡국 (tteokguk) with their families, and visit their ancestors’ graves.

How to say “Happy New Year” in Korean

There are different ways to say “Happy new year” in Korean, depending on who you are speaking with. We’ll explain how to use each of them below.

But before that, here’s a quick video lesson on how to say “Happy New Year” in Korean. You’ll get to learn the proper Korean pronunciation for this greeting, too, so make sure to listen carefully!

How to Say HAPPY NEW YEAR in Korean | Use THIS one carefully!

This phrase is often used in formal situations, greeting cards, and when speaking to people, you want to show lots of respect. The 십시오 (sipsio) ending is the extra-formal way of saying -세요 (seyo).

This phrase is the go-to way of saying “Happy New Year” in Korean. 새해 (saehae) is one of the words that means “new year,” 복 (bok) means “luck,” and 많이 (mani) means “many” or “lots of.” 받으세요 (badeuseyo) is the honorific way of saying 받다 (batda), meaning “to receive.” 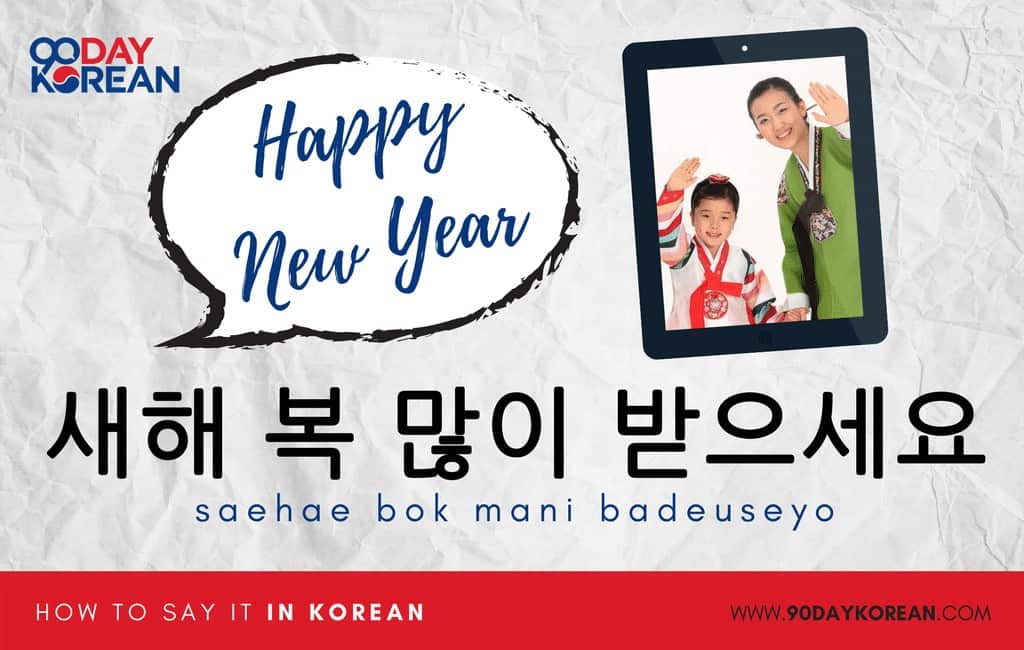 This Korean expression is an alternative to 새해 복 많이 받으세요 (saehae bok mani badeuseyo) and still means “Happy New Year.” Use them both if you want to get extra practice!

Typically, most people wouldn’t use the informal version of this phrase. However, the informal phrase is ok to say between close friends and family. 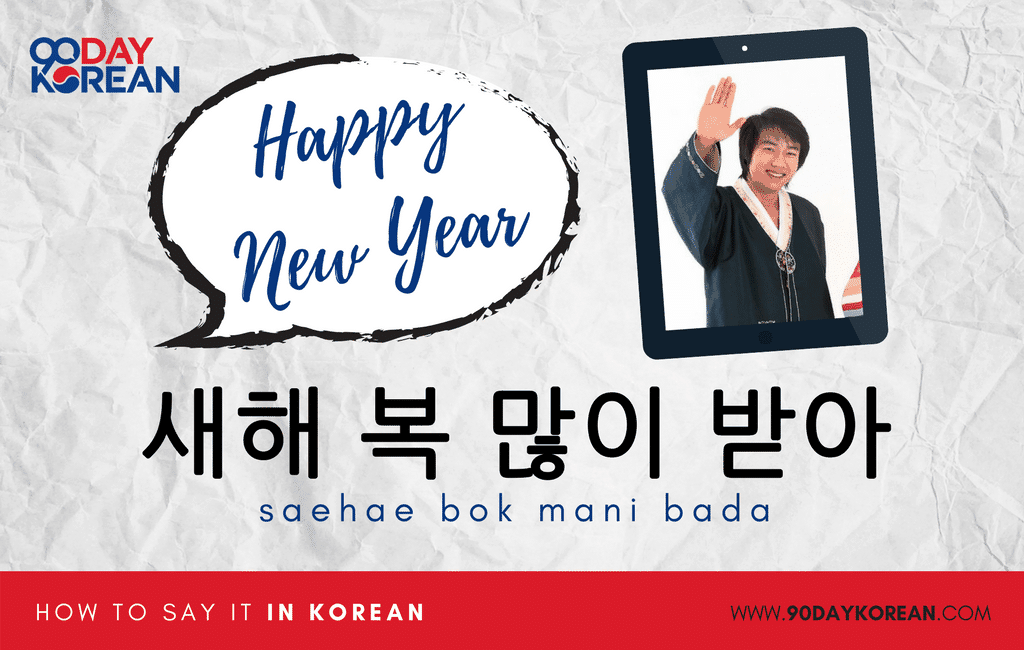 The concept of making resolutions is less common in Korea than it is in other countries. However, if you want to tell people your new year’s resolution then you can end your sentence with -기로 했어요 (giro haesseoyo). This ending means ‘I plan to’. Look at the examples below to see how it is used:

I plan to lose weight.

I plan to study Korean harder.

I plan to go to the gym more often.

Hopefully, now you know how to say “Happy New Year” in Korean. Remember to learn the phrase 새해 복 많이 받으세요 (saehae bok mani badeuseyo) so that you can wish all of your Korean friends a happy new year!

Can’t read the Korean words in this article yet? Click here for a quick guide to learning the Korean alphabet.

There are more great Korean phrases you can learn! Don’t let this be the end of your study journey.