The number of restaurants in Korea is pretty amazing. Since there are so many restaurants that in some districts, it is possible to eat at a different restaurant every day for a year.

There are some restaurants that you will see in multiple locations around the city, these are Korean chain restaurants. Knowing about the best chain restaurants in Korea can be useful when you are visiting a new area and want to eat a particular type of food.

Keep reading to learn about some of the top chain restaurants in Korea, and the types of food that they serve! 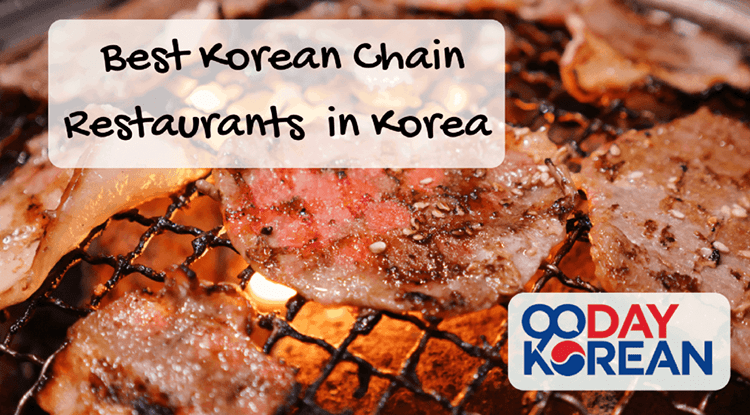 Once you find one that you like, remember its name and you will find it easier to choose where to eat when you are hungry. It’ll make your life in Korea a lot simpler. 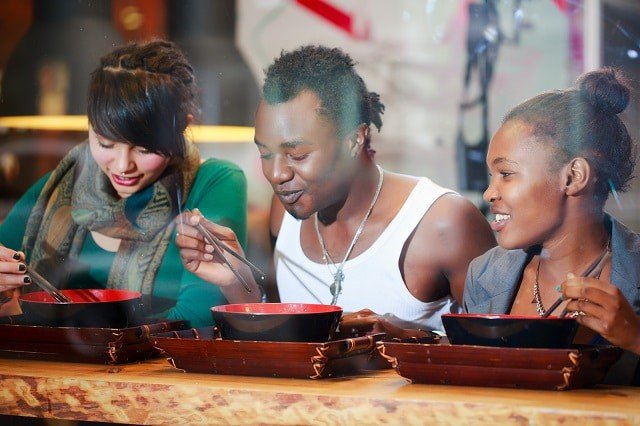 Baek Jong-won is Korea’s answer to Jamie Oliver or Gordon Ramsey. The most well-known Korean celebrity chef also owns several chains of restaurants, coffee shops, and pubs. The most successful and long-lasting of these is Saemaeul Sikdang. The restaurant sells standard Korean barbecue options like galbi, but also has a few signature dishes of its own, such as its seven-minute jjigae (stew), or its spicy yeoltan bulgogi (열탄불고기). If you are struggling to find somewhere to eat, then you can often find this restaurant in any nightlife district for an easy meal.

When winter sets in and you need some warm comfort food, Bonjuk is the place to go. This rice porridge, ‘juk’ in Korean, restaurant sells warm filling food that is perfect for a cold winter day. There are plenty of different options here, from samgyetang (chicken and ginseng) porridge, to pumpkin porridge, and even octopus and beef porridge (I’m not kidding!) The portions are so large and filling that you will struggle to finish your dish. This restaurant can be found in almost every neighborhood in Korea, not just the main restaurant areas. It also does take-out, if you want to order some ‘juk’ and take it home. 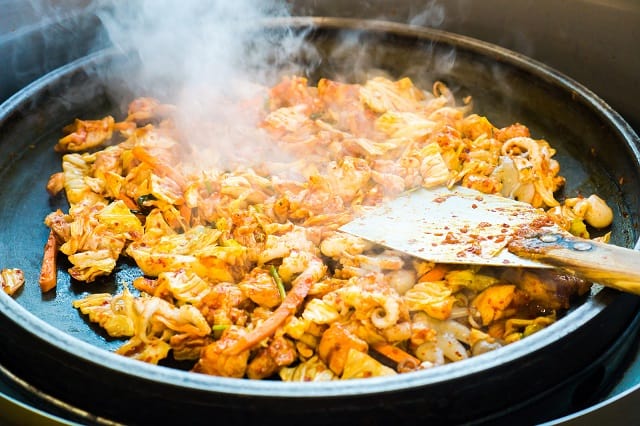 Korean restaurants are often specialized in one particular dish, and Yugane is no exception. The restaurant chain sells Dalkgalbi (닭갈비), a spicy chicken stir-fry that is cooked in front of you while you wait. Dalkgalbi is the signature dish of Chuncheon, Gangwon province, and people will travel there just to experience the Dalkgalbi Street in that city. If you want to save yourself a trip, just visit Yugane instead. As well as the regular dalkgalbi, yugane offers several other options like octopus and chicken dalkgalbi or cheese dalkgalbi. The pre-barbequed dalkgalbi option is also excellent. If you find the dish a bit too spicy, take some of the sauce out before it gets stirred into the meal. 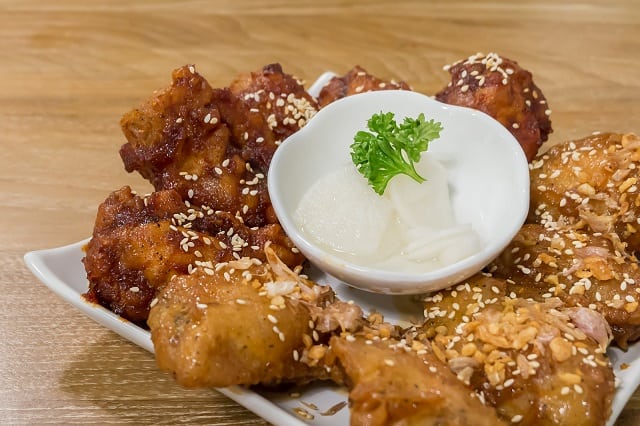 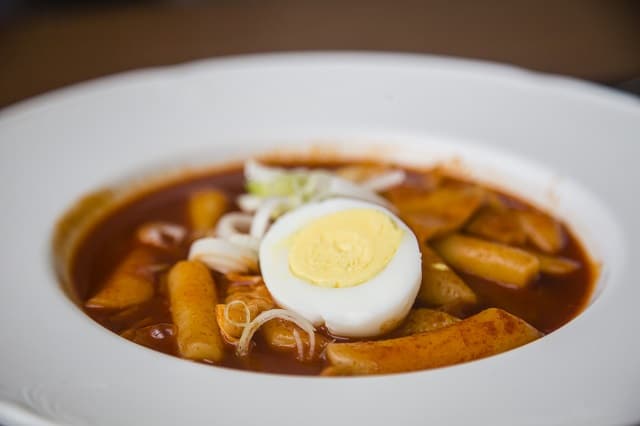 Ttokbokki (떡볶이), the spicy red cylinder-shaped rice cakes that you see being sold in food stalls on the street in Korea, is often seen as a snack rather than a full meal. However, anyone who has eaten it before will tell you that it is very filling and could easily pass for a meal. There are lots of ttokbokki stalls, but sometimes you want to sit down indoors to eat it. Two of the most well-known ttokpokki chains are Jaws and Mimine. Jaws has been around for a long time and can be found almost everywhere in Korea. Mimine has fewer stores, but rather uniquely, uses smaller rice cakes than usual. This can be useful if you find it difficult to fit a whole rice cake in your mouth. When ordering rice cakes, Koreans often order sundae (순대), intestines filled with blood-soaked rice, which is kind of similar to English black pudding. If you’re not up for the sundae challenge, rest assured that Mimine serves tempura shrimp instead!

Andong Jjimdalk sells a hearty chicken stew that is great for a group meal. The stew is originally from the Andong region, hence the name, but the restaurants can be found around most Korean cities. The chicken is slowly cooked in a broth with potatoes and glass noodles. It usually comes in its spicy variety, but you can order the milder soy sauce version instead.