How to Say “Yes” in Korean – Ways to express agreement

This article will teach you how to say “yes” in Korean.

This is one of the most important words to learn in Korean. Whether you’re listening to Kpop songs, watching K-dramas, or talking with your Korean friends, you’ve probably heard the word for “yes” in Korean before.

By saying “yes,” you can give yourself many new exciting opportunities and experiences. 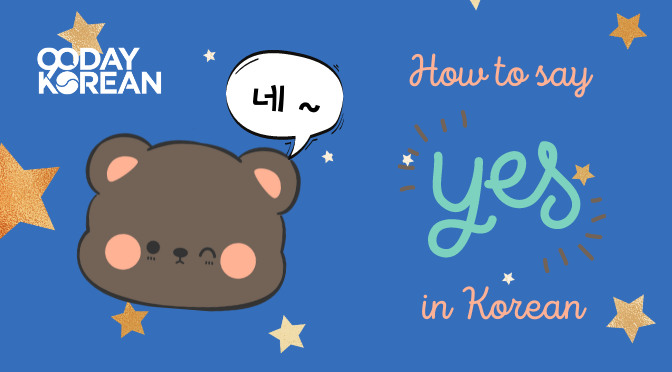 We also include a FREE PDF version of this lesson that you can take with you on the go. Check it out below:

This is one of the many free lessons we have inside our online guide for learning Korean.

How to say “yes” in Korean

The first thing to remember is that “yes” is used slightly differently in Korean than in English. In many situations where you would usually say “yes” or “no” in English, you would use a verb in Korean.

There is more than one way to say “yes” in Korean. Different words are used based on how polite you want to be.

Here’s a video on how to say “yes” in Korean to get you started!

Iron your dress shirts and polish up your shoes because this version of “yes” in Korean is used in formal situations.

This one should be easy to remember; it sounds almost the same as the English word “yeah,” just slightly shorter. Yes, I am American.

Below is the standard form of “yes” in Korean. You can use it in all situations without worrying about offending anyone.

This one might be a bit more confusing as it sounds like a negative word in English. 네 (ne) and 예 (ye) are often used interchangeably regardless of politeness level. 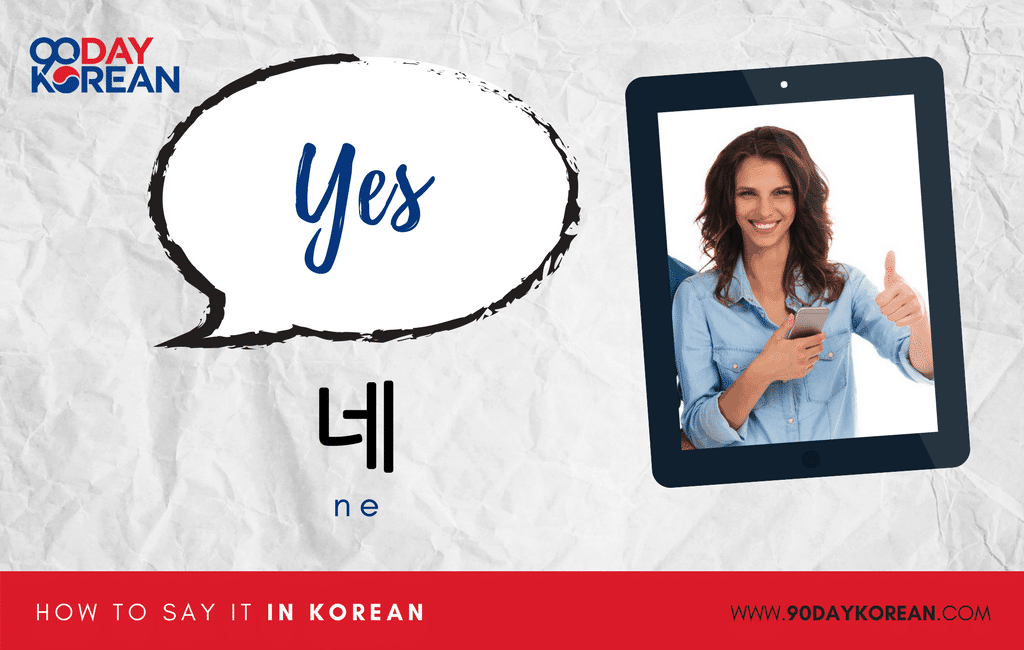 Let’s take a look at an example situation:

Lastly, below are the informal ways to say “yes” in Korean.

Since these are informal versions of how to say yes in Korean, make sure you use them with people who are lower in the social hierarchy than you are. That’s because the Korean language has different speech levels for respect and politeness.

The standard informal word for “yes” is 응 (eung), but males often say 어 (eo) instead. Other Ways to Say “Yes” and “No” in Korean

In Korean, you can often respond using the verb from the question rather than saying “yes” or “no.”

All the following examples are in the standard politeness level.

The verbs 있어요 (isseoyo | to have or exist) and 없어요 (eopseoyo | to not have or not exist) can be used to say “yes” and “no” in Korean. People may ask you if you have or don’t have something by using the verb 있어요/없어요 (isseoyo / eopseoyo) at the end of the question. Rather than say “yes” or “no,” Koreans will often respond using the 있어요/없어요 (isseoyo / eopseoyo) verbs, depending on the situation. We’ll show you how it works.

Do you have a point card? In Korean, people may ask you if you know some piece of information. Rather than saying “yes” or “no,” you can reply with the appropriate verb to indicate if you know or not. We’ll give you an example so you can see them in action!

We’ve added the romanization for all of these words to help with pronunciation. However, we recommend that you try to move on to reading comfortably in Hangul (the Korean alphabet), as this will improve your pronunciation and your reading skills. It will also help you notice patterns in words, which will lead you to improve the rate at which you learn new Korean words and grammar points.

You can download a free guide to learn the Korean alphabet in about an hour here.

Learning vocabulary words is a great way to help you understand the basics of a language. Still, your language learning will only really take off once you start attempting to have conversations in Korean. Please take a look at our free list of Korean phrases or our full Korean course for more!

Now that you know how to say “yes” in Korean, start saying “yes” and enjoy many new experiences!