Have you listened to Kpop songs before? This article will introduce you to some of the most iconic and popular Korean pop music, both throughout time and right now. 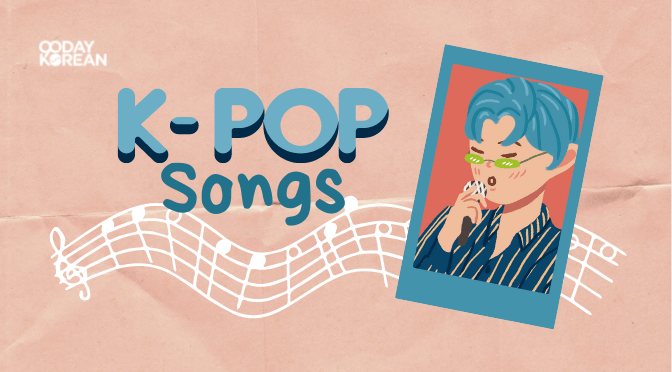 If you’d like to know more specifically about the background of Korean pop culture, we have an article that explains to you what Kpop is all about.

What are Kpop songs?

K-Pop, also spelled as Kpop, stands for Korean Pop. K-pop songs are popular and mainstream music from South Korea, usually in Korean. It is an interesting area of popular music to dive into, as there is a specific format in which groups and albums are built. And yet there is such a diverse variety of the top K-pop songs available with addictive quality for all fans to tune in.

Korean pop culture and music are influenced by diverse genres, from rap to electric dance music. And often, if a track becomes a smash hit, other boy or girl groups, or artists, may put out similar tunes – and we fans then get a load of catchy and fun songs to play too! Even within each genre, different pieces have a lot of room to exist.

We all have our favorites, but of course, some have gained more popularity than others, especially if they were promoted as singles. Let’s take a look at some of the best Kpop songs from different styles, categorized by genre, in no particular order below.

Many boy and girl groups in the K-pop industry like to specialize in and make their singles upbeat. However, it’s no secret that Koreans love their power ballads. The more melancholy the lyrics hold in them, the better. 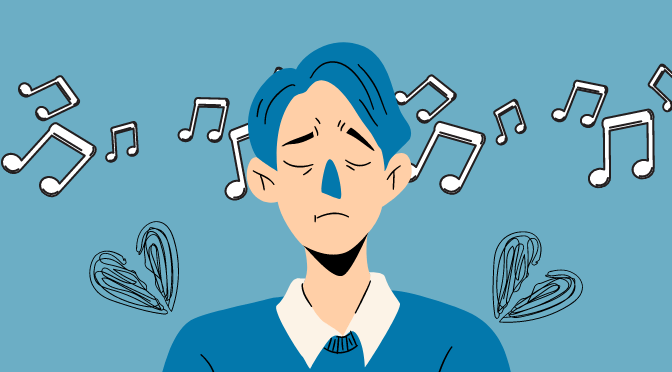 Of course, even in the sad genre, many differences in style exist, and some of them may even sound confusingly upbeat. A lot of emotion often gets poured into these, and they make for many Korean person’s favorites to sing at karaoke or play at night.

Don’t let its quick beat fool you, as it pulls you into its feeling of melancholy from the first verse. Using the sea metaphorically to talk about his tears, it alternates between singing and rapping against melodic background music.

To make it all the more melancholic, by the time we reach the end of the video, the sea’s all dried up, and we’ve made it onto the sandy beach, building sandcastles that will likely crumble, making the ending verse just as gloomy as the beginning. You can easily find yourself swaying along with the song’s melody and beat in combination with the soothing vocals of this solo artist.

Coupled with just a piano, sadness creeps through this ballad that will bring you to tears. Each member gets to showcase their beautiful voice in a calm and melancholic fashion. As the song clues you in, the lyrics are all about a man’s broken heart as they pine over a woman they broke up with some time before.

If you are experiencing what the song’s about or otherwise want to spend time dwelling in sadness, this is a great choice. It’s a beautiful song that doesn’t require any violins or too much emotion seeping through the vocals to be felt to the core.

Sometimes, a sad piece may be masking itself beneath upbeat-sounding music. That is exactly the case here, especially in the chorus. When you first listen to it, Taeyeon’s Fine does not seem like a typical ballad or even one that’s sad or melancholic. But the further it progresses, the more upsetting the lyrics get. This one may be more subtle with its feelings than the two above-mentioned.

However, it can also show you how versatile sad songs in K-pop can be. While Taeyeon rose to stardom as a K-pop idol through the girl group Girls’ Generation, her work as a solo artist truly showcases her range. And with someone as gorgeous as hers, it is no wonder her discography includes a lot of melodies in the style of Fine.

Like any other language, Korean music is also filled with melodies about love. Sometimes they may have melancholic undertones, but often they are quite romantic and happy. Many are also ballads, which are incredibly beautiful and emotional to pieces. If you are in love or you miss someone, these might be the tracks for you. 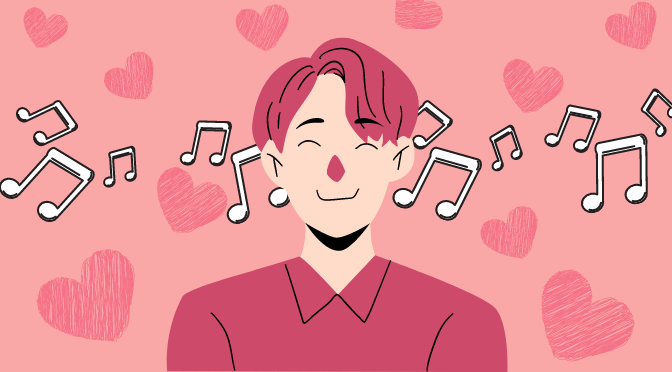 However, Korean pop fans also especially love the more bubbly and cheerful types that sing about a love confession in a shy and cute manner. These are especially popular among younger listeners anywhere in the world. Indeed there is a classic love song for any generation to enjoy listening to.

“Love in the Ice”

This is an extremely fine example of a long song that, while professing undying love to someone, is incredibly sad while doing so. Although there is a background track with some sweet and melodic tunes of piano and violin, as well as something more during the chorus, you’ll barely pay any mind to it.

It simply and heavily relies on the harmonic sounds of each member’s voices and singing talent, and you can’t help but be moved while listening to the emotion they put into it. This may not be the correct piece to put on when you want to set up a sweet mood with your romantic partner, but it is otherwise beautiful and melancholic. Check out its music video to see for yourself!

One of the strongest Kpop debuts out there, this title track is not only coupled with lyrics romantic enough that you could sing it at your wedding, but it’s sung by a powerful and beautiful female vocalist. Although the song’s not a bubbly pop, it is undeniably about strong and true love.

You’ll want to sing along and perhaps even belt out to the song’s tune the next time you visit karaoke. It’s also perfect to put on when you want to confess your undying love to your partner. At the same time, it’s emotional and moving enough that it can also power you through sadder moments and perhaps even remind you of how you yourself are your most genuine love.

This may not be a bubblegum-type upbeat K-pop song you often see performed in music shows. However, to its very core, it’s cool and cheerful with bashful lyrics, with a seemingly cute and shy love confession. It has a feel-good tone and peaceful background music that you can’t help but feel love and warmth bubble up within you.

If you are looking to confess your love to someone, this could be an excellent choice to sing fully acoustic, equipped with nothing more than a guitar. It’s also great to listen to whilst on a road trip or laying on the beach relaxing during the summer season.

Some top Korean pop pieces also get an English version released for international audiences to enjoy. This can be a well-established and popular Korean song that will get released to international fans, similar to how some Korean ones get a Japanese version. 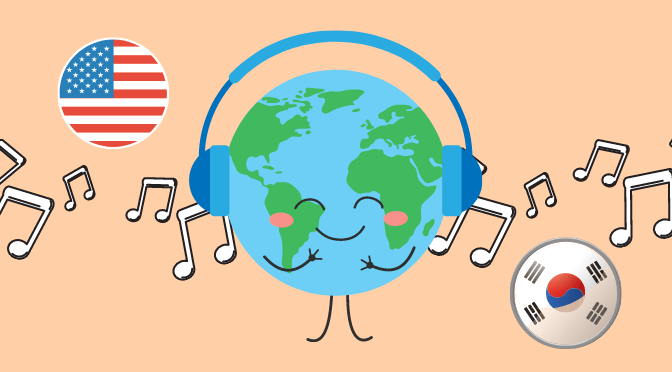 Additionally, for groups like BTS, trying to break into the international markets directly, special English language songs are created as well. The artists may try sampling with different vocals and styles in these cases. However, the flavor of Kpop always remains strong. Here are some of the best K-Pop pieces released in English!

With how popular BTS has gotten across the United States and other Western countries, it comes as no surprise they have also released albums directly in English. In this song’s case, in particular, it is like getting the best of two worlds: you can immediately understand the words from its lyrics, but the song’s tone is still very typical of mainstream Kpop!

It is upbeat, catchy, cool, and easy-going with an addictive quality that you’ll easily find yourself dancing and even singing along to. The choreography and music video are equally fun too!

This will hit hard due to its melancholic lyrics. Being a breakup song, this sounds like it could have also made the list for the sad K-Pop category. However, as it is predominantly sung in English, featuring the American singer Kiiara, it has certainly earned its spot as a top English language Kpop song. The singer is also also known for her songwriting.

If you are going through a breakup yourself but don’t want to dwell on it too much, its groovy beat may get you to smoothly and soothingly dance right through the sadness. Wonho and Kiiara vocals sound incredible together.

In contrast with BTS’ Permission to Dance, this hit lead single by the girl group Wonder Girls was originally released in Korean. However, it was then re-released as their English language debut piece to kickstart their career in the United States.

Although Wonder Girls never gained much traction in the U.S., this has gone down in history as a classic hit and one of the most memorable Korean pop song tracks, especially among Koreans. It was also the first track in Kpop history to chart on Billboard. It features a retro background track with the girls’ singing voices blending perfectly, along with their choreography.

Of course, just like in many other countries and languages, Korean pop also loves to include holiday tracks in their rotation every year. Although they may not be as famous as the international ones, they share equally inspiring melodies and will get anyone into the warm holiday spirit. 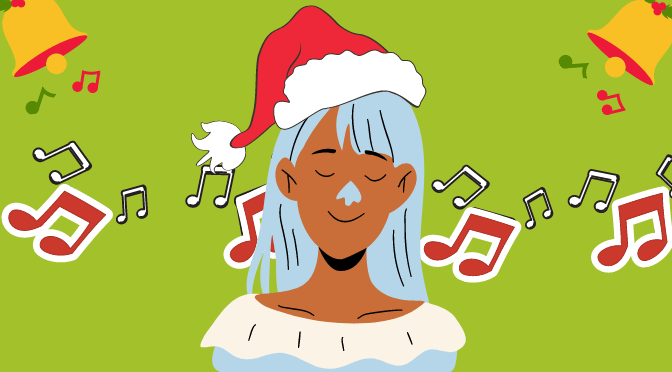 Each year, it also seems to get even bigger and better! Below we’ve introduced you to some of the best Christmas melodies in Kpop so far.

Jessica’s single, One More Christmas, is a holiday piece through and through, with an upbeat rhythm, and of course, Christmas sounds filling the background. It’s a very cute Christmas love song!

In contrast, EXO’s song is quite a bit slower than the above-mentioned pieces. And although it’s for Christmas, it is a slightly melancholic one, as they are singing about a former love they still pine after. But even so, the song’s beat is so addicting you’ll easily find yourself swaying along. And despite the bittersweet lyrics, you won’t feel any sad emotions listening to this.

Of course, more categories exist for Korean pop, but sad ballads and love tracks are definitely among the most popular categories. And while many old favorites stick with us for a long time, there is always new music to fall in love with being released!

Why are Kpop songs popular?

As the Korean wave has grown in popularity in the world, it was only a matter of time before the new music of Kpop did too.

You might have been introduced to Kpop through boy and girl groups like BTS, Stray Kids, Black Swan, or Red Velvet. Or perhaps you’ve watched a cool music video of hits like Lovesick Girls or Black Mamba. Nowadays, you can hear them everywhere, and they are well-loved by people.

Also, the different categories listed above already say a lot about Kpop. People have a wide variety of choices of tracks. It might depend on your taste or how you feel at the moment. Perhaps you just can’t get a certain tune out of your head when you heard it from a K-drama or Korean movie OST. The bottom line is it is popular because there’s a song choice for everyone.

Besides having a lot of great pieces in various sub-genres, KPop is also a great tool for learning Korean! For starters, you can easily learn to memorize Hangeul letters and words by romanizing one of your favorite lyrics! Then, when you’re ready, you can enroll in a language program, like the 90 Day Korean Membership program, that can teach you Korean fast.

What are the best K-pop songs that you’ve listened to? What kind of vocals do you wish to find more often in K-Pop pieces? Who are your favorite groups and artists? Let us know below in the comments!