Kpop idol – Life and career of the Korean music artists

With the rise and success of the K-Pop industry, you might be curious about what a Kpop idol is and what it takes to become one yourself. If you follow any K-pop artists already, you may have gained an idea of how someone can become a K-pop idol. 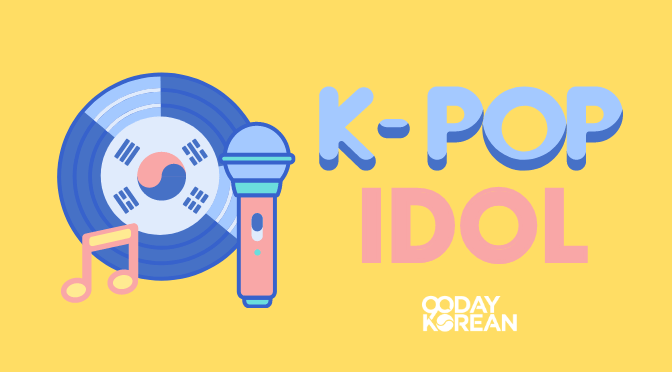 In this article, we will elaborate in as much detail as we can on what K-pop idols are and how to become one in South Korea, so if that interests you, please keep reading!

What is a Kpop idol?

A K-pop idol is an artist in Korean pop music or the K-pop industry. These artists can either be members of a K-pop group or be solo artists. They are usually under Korean entertainment agencies as trainees, undergoing intense training to improve how they sing and dance and speak a foreign language before becoming full-fledged K-pop idols.

Process of how to become a Kpop idol

In Hollywood, you can get so lucky you just get picked up on the street and can get a chance at stardom.

On the other hand, it takes a lot more grit and practice than in Korea. Of course, if you are exceptionally talented and lucky, a talent scout may come your way, but in most cases, there is a process everyone must follow. Even if scouted, you may only get to jump past the very first step.

The first step is to audition for your chosen entertainment company. Usually, someone wishing to become a K-pop artist will join auditions for a company or multiple different companies – or possibly for all of them – and hopefully will get an offer to enter at least one of the companies.

If they are Koreans in South Korea, they will probably join auditions in person. However, many entertainment companies will also hold global auditions, so one can audition in person in their home country – just like what Lisa from the girl group Blackpink did in Thailand.

Alternatively, it is also possible to sometimes audition online. The person auditioning may be as young as 10 years old!

The second step revolves around the trainee system. Those who’ll make it past the audition usually will join a big entertainment company as K-pop trainees. Even if you train, it still does not guarantee a debut as an artist with the company, but it is a step towards it.

While in Kpop training, the trainees will practice dancing and singing and foreign languages like Japanese and English and interviewing skills and equivalent.

Some even still go to school while juggling their responsibilities as trainees along with other trainees. The company will examine if the K-pop trainee fits any groups they will debut in throughout this period. Big Bang’s G-Dragon is an excellent example of how long a training period can be, as he was a trainee for 11 years. However, most idol hopefuls will get to debut sooner than that.

What to expect in the Kpop trainee process

While the Korean idol hopefuls are in training, they are expected to maintain the same polished image once they have debuted as a part of the idol group. They should hold at least basic etiquette and media training, but most importantly, stay out of trouble – namely, dating and drinking scandals.

Although luckily for idols, the industry is changing to allow a little more freedom with dating in some regards. Just not right as they debut. There may also be some pressure to maintain a certain weight in some companies.

However, as rigorous as a trainee system may seem, trainees also get some freedom. It is still totally okay to have social media accounts and use them as they wish – of course, while keeping up with a positive image. They can also work in commercials and music videos, modeling gigs, and sometimes even act in dramas or movies while in training.

Step 3: Debut as a Kpop idol

The third step is to, of course, debut as Kpop idols. The agency will choose among the trainees who they will place in a group and be ready to debut. Some will go on to become household names all around the world, like BTS and Blackpink. Sadly, some other idol groups may not have the fortune of becoming as successful. Some continue to exist for a long time despite a smaller fan base, such as U-KISS. 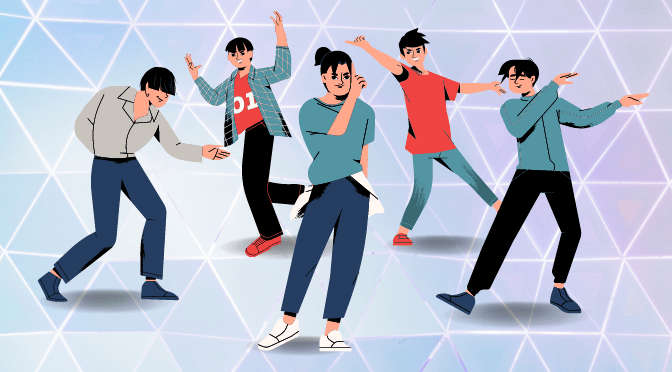 However, some others may disband, either quickly or after struggling for a while. Thankfully, for the idols who have come across such misfortune, they can attend survival TV shows to earn a second chance at stardom. Trainees who did not yet get a debut can also join those shows.

As we touched upon above, Kpop stars have been expected to maintain a clean image ever since their trainee times. This does not change once they debut. They may be scrutinized even more closely once they’ve become famous. However, the longer they are in the business, the more freedoms they earn.

Roles of Kpop idols in a group

Members of a Kpop group also have certain roles that they complete the group. Here are some of them:

The most important one is the role of the leader, typically assigned to the member who is the eldest or at least has trained the longest—for example, Super Junior’s Leeteuk.

Then there is the main vocalist, of which there can be one or more. They usually get the most lines to sing in each song. There are also lead and sub-vocalists—for example, EXO’s Chen.

Many Korean idol groups also have a rapper designated to the group. If there is more than one rapper, then the designation goes as main, lead, and sub in this case as well—for example, BEAST’s (now known as Highlight) former member, Junhyung.

Of course, as idols focus on upbeat pop songs, much dancing is involved in performances. This means that there’s usually one lead dancer; they will sing a little less than others but is in the front and center of each performance—for example, BTS’ J-Hope.

A group also has a designated visual member, who is considered the most attractive and – or – the most popular member of the group, and therefore is also the face of the group—for example, Blackpink’s Jisoo.

Lastly, each group has the youngest member, called maknae (막내). This doesn’t hold a special position within a performance, but they may get especially doted on during appearances. Some maknaes are labeled as visual maknae if they’re also attractive.

One of the most famous maknae in K-pop is BTS’ Jungkook, the “golden maknae,” as he exhibits multiple talents, especially in dancing and singing.

What activities do Kpop idols have?

South Korean idols can get quite busy, especially during comebacks. Here are some of the usual happenings in an idol’s life.

Idols would record an EP, single, or album and shoot the jacket photos and music videos. On top of it, the single needs to be performed various times. There is a music show almost every day of the week, and one single gets promoted in each one for up to 6 weeks.

An idol or a group may then start performing another song right after those six weeks. Each promotional period usually culminates in winning an award or multiple ones at these music shows if audiences have liked the song enough.

Meeting with fans, interviews, and tours

While promoting their songs and albums, the South Korean idols will also meet with their fans and attend various shows and interviews. They may also film their shows through which the members can express their unique individual personalities and fans can feel closer than ever to their idols. And of course, popular K-pop idols will also go on tours whenever they have enough songs to showcase.

If you’re a K-pop fan, you might be looking forward to every update from your idol. Whether it’s during their tours, fan meetings, or online posts, they are likely to speak in Korean. It’s convenient to understand what they say right away without relying on translations, and you’ll enjoy the moment more!

We have an online program that will help you learn Korean thoroughly. You’ll be able to have a 3-minute conversation in just 90 days. We’ll tell you more about our online courses here!

However, in between these promotional periods, the busy idols do also get some downtime. They usually like to relax in the city or go on trips abroad. If one group member is about to release a solo album, the rest of the members may even get to enjoy an extended holiday. 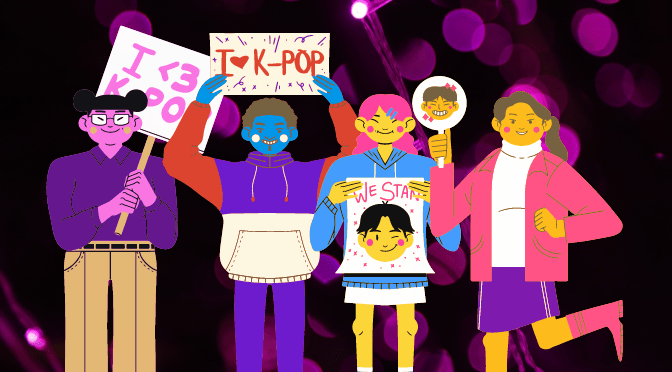 Of course, K-pop fans play a significant part in the fame and success of a K-pop star. As talented as the Korean group might be, if they do not have supportive fans and a strong fandom to support them, they may not succeed. This is why they often make time with their fans through fan meetings and signings and offer exclusive access to official fan clubs.

With the rise of social media, it has become easier than ever for idols to reach out and chat with their fans from all over the world. One of the most notable Korean group fandoms is Army, the fandom for BTS. Generally, the best Kpop groups are usually the same ones who have the strongest fan bases.

Becoming an official fan club member also pays off for the fans, as they usually get priority access to see their favorite group perform or rehearse. It is hard to find fans in another country as dedicated to their idols as South Korean people are, forming a unique celebrity culture in South Korea.

How much did you already know about K-pop groups and idols? Did this encourage you to follow your dream and find success as an idol in Korea? Global auditions might be held in your hometown! We’d also love to know which K-pop idols you are the biggest fan of in the comments!