Did you know that there’s also a Korean alphabet song?

Since we’ve all been kids once upon a time, we’ve probably all had the experience of singing our language’s ABC song many times enough that we’ve willingly blocked it out of our minds. The Korean language is no different and has its alphabet song as well. 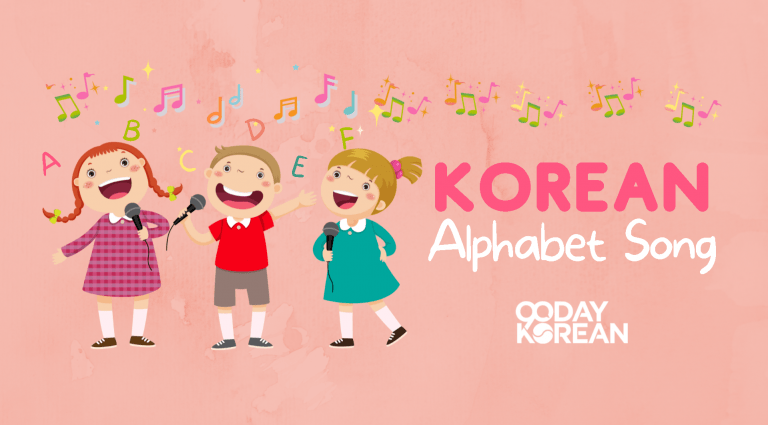 What is the Korean alphabet song?

After all, before you have mastered each letter in the Korean alphabet system, it is not possible for you to read any song lyrics or other text in Korean. Even for speaking Korean, you’ll need to have covered some of the language’s basics, including the alphabet!

Why is it helpful to learn the alphabet song in Korean?

If you’re going over and over the alphabet, getting bored and frustrated, and still not remembering all of them, why not try an alphabet song instead? Even if you think you have memorized them all, you can go through a Korean alphabet song to make sure that they’re properly stuck in your mind now.

Additionally, with the Korean alphabet song, you can learn to memorize the specific order of each alphabet. This will come in handy in cases like using a dictionary.

There are multiple different Korean alphabet songs you can use to learn. Below we’ve introduced you to a few of the most popular ones.

This is the basic version of the Korean alphabet song. Perhaps you have sung an alphabet song with a similar tune while a kid. Indeed, it is the tune of “Twinkle twinkle, little star,” an incredibly popular nursery rhyme. It simply goes like this:

This alphabet song, called 핑크퐁 가나다 말놀이 (Pingkeupong GaNaDa Malnori) in Korean, only goes through the Korean consonants. However, it does so in an insanely memorable way. It’s represented as a song to sing along to.

It’s super catchy, and each consonant is repeated many times enough that you wouldn’t be able to forget them even if you wanted to! Here’s a quick snippet of the format of the song: 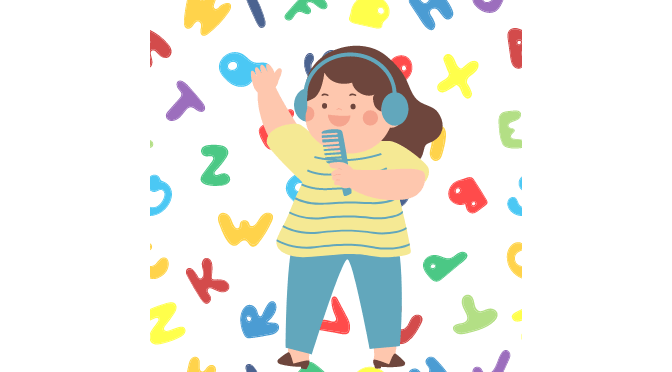 If you are a fan of K-pop, you are in for a treat with this Korean alphabet song, as it’s sung by a K-pop group! This one is presented even more as a poppy song than simply one for learning the alphabet.

It’s got cute choreography and color-coded lyrics presented in Korean alphabet letters and its romanization, and at the bottom, you even have the English translation! Besides being good for memorizing consonants and vowels, you can use this Korean alphabet song to learn vocabulary and grammar structure, too.

Here’s a short snippet of what you can expect of the Ksong:

The consonants and vowels meet to make letters

Besides simply introducing you to the different Korean letters, the alphabet song 한글 가나다라노래 (Hangeul ganadaranorae) can offer you even more fun and learning possibilities.

It’s not the best possible song for those who are complete beginners to the Korean language, as it’s presented entirely in Korean.

However, even if you are pretty new to Korean, in that you already know your alphabet, you can reinforce memorizing them with this song. Not to mention, it’s a stellar way to pick up some new Korean vocabulary!

Here are the lyrics of the song:

Anyone can right now learn

The secret of these cool twenty-four letters

Learn by dividing into

Is called a bag

Is called a butterfly

This is the same alphabet song as the first one linked in this article. However, this video is directed in particular at foreigners learning Korean. It encourages you to also sing along, so it may work great as a quick practice to memorize each alphabet and how to pronounce them.

Do you think a little bit of movement helps you with learning new things, such as the Korean language learning? Or are you simply perhaps eager to get some moving done after hours in front of the computer learning Korean? Then this Korean alphabet song from the Global Language Network is the perfect solution for you!

This isn’t as much a song as the previous options on this list, but instead, it does get you to move and make the shape of each letter in the alphabet. Even if you don’t memorize them all in one go, this practice could be so much fun that you’ll gladly keep doing it repeatedly until you do!

What should I do after I learn the Korean Alphabet song?

After you have listened to these songs repeatedly, you most likely have memorized the Korean alphabet already. With that hurdle surpassed, it’ll be easier for you to practice reading and writing Korean letters and, eventually, words.

Our blog consists of different articles that you can choose from if you’d like to practice reading different words. In this way, you can also expand your Korean vocabulary. Here are some of them: