Korean family terms are very important in Korea. It may come in handy during your vacation when you meet different people especially if you’re living there for a period of time as the topic of family is bound to come up.

There are quite a few different family terms in Korean for you to learn. That is because Koreans often use titles instead of names to show respect. These family terms demonstrate the social and family hierarchy.

In this guide, we’ll show you exactly what each family term means and how to use it. 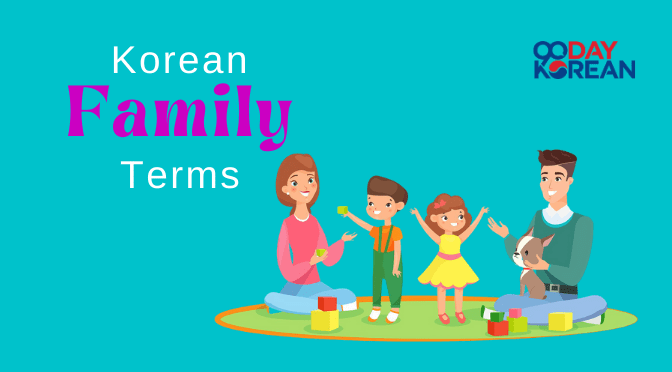 Below is a free PDF guide that you can download and take with you:
Get “Korean Family Terms” Free PDF Guide

These are the terms that you will absolutely need to learn to discuss family with your new Korean-speaking friends and contacts. You’ll quickly find yourself using at least one of these words every day! Whether you are talking with or about your family, or with others, you can use the same words. Before we deep dive into each family term in Korean, we should also know the Korean word for “family.” The word family in Korean is 가족 (gajok).

The first part of the word, “가 (ga)”, often appears in other words related to family, such as 가정 (gajeong), which is a less commonly used word for “family”, or in restaurant names such as 유가네 (yugane), which would translate as “Yoo family”. Knowing the meaning of different parts of words can help you grow your vocabulary very quickly.

We are travelling as just a family.

I went to Gyeongju with my family.

Will you invite your family to the party?

Below are sample sentences for “sister” in Korean:

I have an older sister.

My sister is 10 years older than me.

Check out the video below to learn more about the word Unnie (언니).

A younger sister in Korean is 여동생 (yeodongsaeng). This word is used when you’re talking about your younger sister to others. It is used regardless of your gender.

In addition, the general term for “sister” in Korean is 자매 (jamae).

Similar to “sister”, the Korean word for brother is also dependent on who’s addressing the brother. For males, 형 (hyeong) is used to address an older brother in Korean while for females, 오빠 (oppa) is used. Both 형 (hyeong) and 오빠 (oppa) are also used when referring to one’s older brother to others.

Here are sample sentences for “brother” in Korean:

My brother lay down on the sofa for a while.

My brother is a college student.

The word parents in Korean is 부모 (bumo). However, you’ll use the word 부모님 (bumonim) if you’re talking about your parents to others. Adding the honorific title 님 shows respect to your parents when you talk about them.

Father in Korean can be expressed in two ways. One way to call or address your father is 아버지 (abeoji). You can also use this when talking about your father to others.

Another way to call or address your father in Korean is 아빠 (appa). This word means “dad” in English.

Mother in Korean can be expressed in two ways, similar to father in Korean. One way to call or address your mother is 어머니 (eomeoni). This can also be used when talking about your mother to others.

The second way to express mother in Korean is 엄마 (eomma). This word means “mom” in English.

The next two sections may be more challenging for you to learn as there are many new terms to memorize. However, some of these words may come in surprisingly handy to know. In this section, we will go over terms that are specific to times when you are speaking of your father’s side of the family.

Korean terms for married couples to use with each other

Unless you marry a Korean or chat a lot with someone who is married to a Korean, the following section may not be of great importance to you. However, if you do intend to marry a Korean or one of your best friends is married, you will want to know this vocabulary and be able to use it. Some vocabulary changes depending on the situation they are being used in, and in those cases, we have made a note beside the word.

The word wife in Korean is 부인 (buin). However, there are other words you’ll use when talking about your wife to others. There are the words 아내 (anae), 안사람 (ansaram) and 에미 (emi). Below are example sentences on their usage:

Listen to your mother.

My wife is at her parents right now.

How is your wife doing these days?

My wife gave birth to a son yesterday.

These words will be ones you will perhaps use most rarely, but they could be fun to learn. And you never know when you might need them!

Although we saved this list for last, most of this vocabulary will actually be greatly useful to you. We have separated them from the other words as they are difficult to place under a specific section. However, alongside the vocabulary for immediate family, these are the next most important set of vocabulary for you to learn in the beginning stages.

In this section, we’ll show you more detailed information on how to say uncle in Korean. But before that, you need to understand that there are several different ways to say it. The correct word depends on if it’s the side of the father or the mother of the Korean family.

Besides that, it also depends on whether the male sibling is older or younger and if he’s married and has a wife or not. Sounds confusing? We know, especially with more family members! There certainly are lots of terms for the members of the family in Korean. But we’ll quickly and effectively teach you all the words for uncle in Korean. 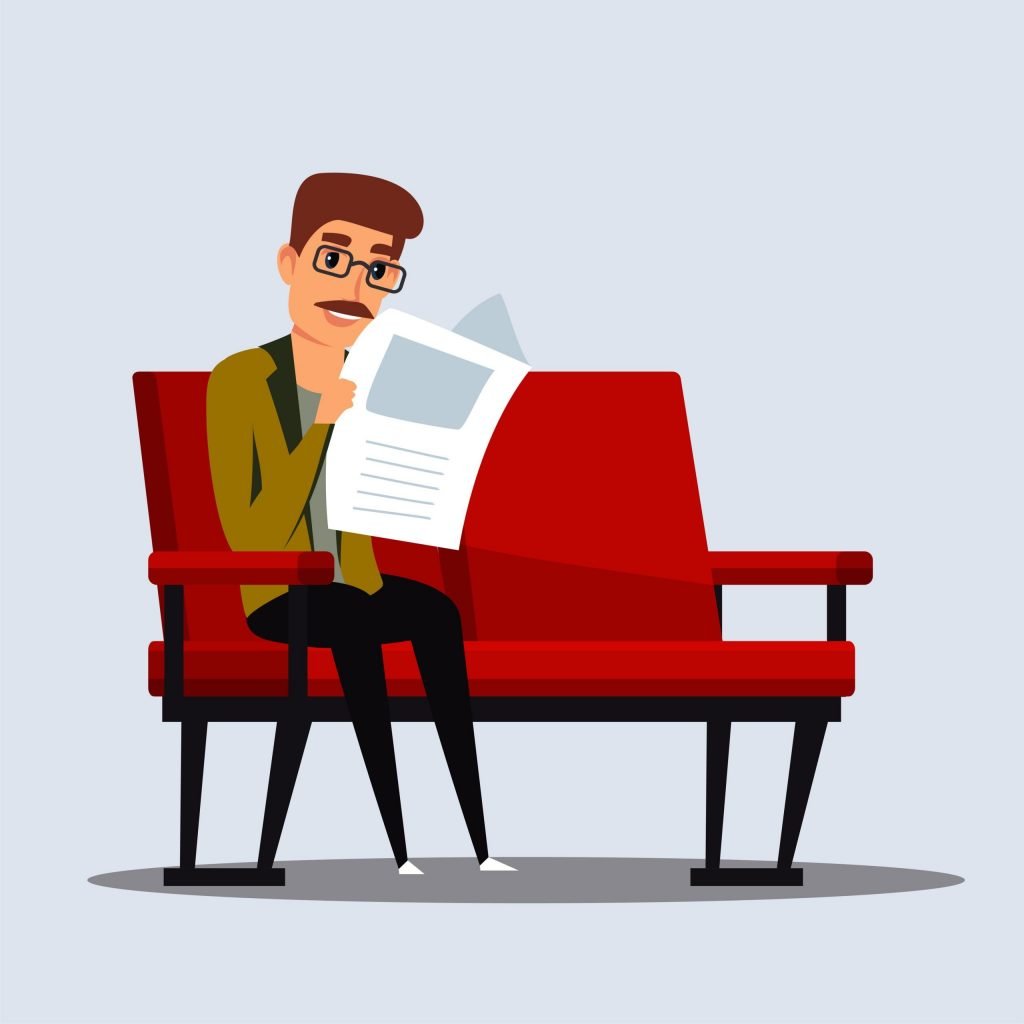 Uncle in Korean (Father’s side)

There are four ways how to call your uncle from your father’s side. Keep in mind that even a change in his marital status affects how you should address him.

Note: regardless of marital status with 큰 means “big” and 아버지 means “father”

the husband of father’s sister

Uncle in Korean (Mother’s side)

For one’s uncle on the mother’s side, it’s a bit simpler since there are only two words to remember. Unlike on the father’s side, marital status or age has no bearing on how you call your uncle.

mother’s brother, regardless of marital status or age, with 외 designating it as mother’s side

Note: with 부 specifying he’s the husband and 이모 meaning ‘aunt’ from mother’s side

Today we will visit my aunt (from my mother’s side) and her husband.

Similar to uncle, there are also different ways to say aunt in the Korean language. It may depend on if she’s the sister of your mother or father, or she may be your father’s brother’s wife.

You can call your mother’s sister 이모 (imo) while your father’s sister 고모 (gomo). However, the most common term for aunt in Korean is 숙모 (sungmo).

How Many People Are in Your Family?

In English, people will often ask a question like “Do you have any brothers or sisters?” However, the same question in Korean would be “How many people are in your family?” To answer this question, you should count your mother, father, brothers, and sisters. If you have sons or daughters, then you can count your spouse and children instead. You can then answer by saying something like ‘There are five people in my family”.

Look at the dialogue below to see how to ask about someone’s family in Korean:

How many people are in your family?

There are five people in my family.

While you can study the words in this article simply by reading their romanized versions, it will come in handy for you to be able to read Hangeul (the Korean alphabet) if you ever want to take your Korean skills to the next level. Hangeul is quite simple; you can learn it in just 90 minutes!

After you’ve familiarized yourself with Hangeul, you’ll be able to supercharge your Korean learning. Understanding K-Dramas, reading signs, talking to Korean friends, and getting familiar with the culture will all become a lot easier. So, if you’re serious about learning Korean, why not learn Hangeul today?

Wow, that was quite the list! Do you have similar terms for family members and friends in your native language? Feel free to tell us about your family in Korean in the comments – we’d love to hear all about it!

Can't read Korean yet? Click here to learn for free in about 90 minutes!
Get “Korean Family Terms” Free PDF Guide

76 replies to "Korean Family Terms – How to address relatives & friends"