How to Say “Father” in Korean

On the topic of family, an important thing to know is how to say “father” in Korean. This will help you talk about your family, which is something that a lot of people in Korea will most likely ask you about. 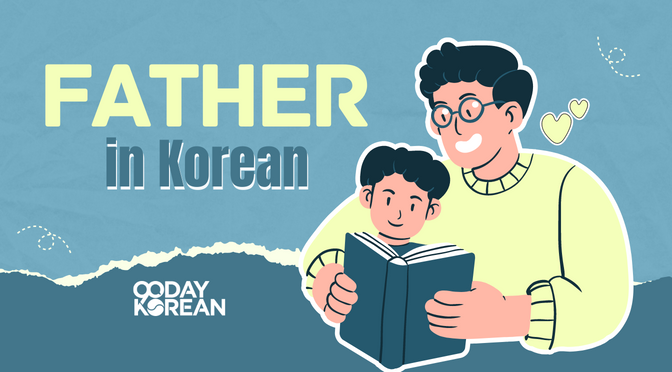 We’ll lay out the different ways to say “father” in Korean. Then head over here for some easy ways to remember them!

There are three ways to say “father” in Korean, depending on how formal you wish to be. The most informal way is similar to saying “dad” in English. You should learn all three words as you will need them all in order to talk properly about your father in Korean.

This is one of the first Korean words you should learn, as we explain here. 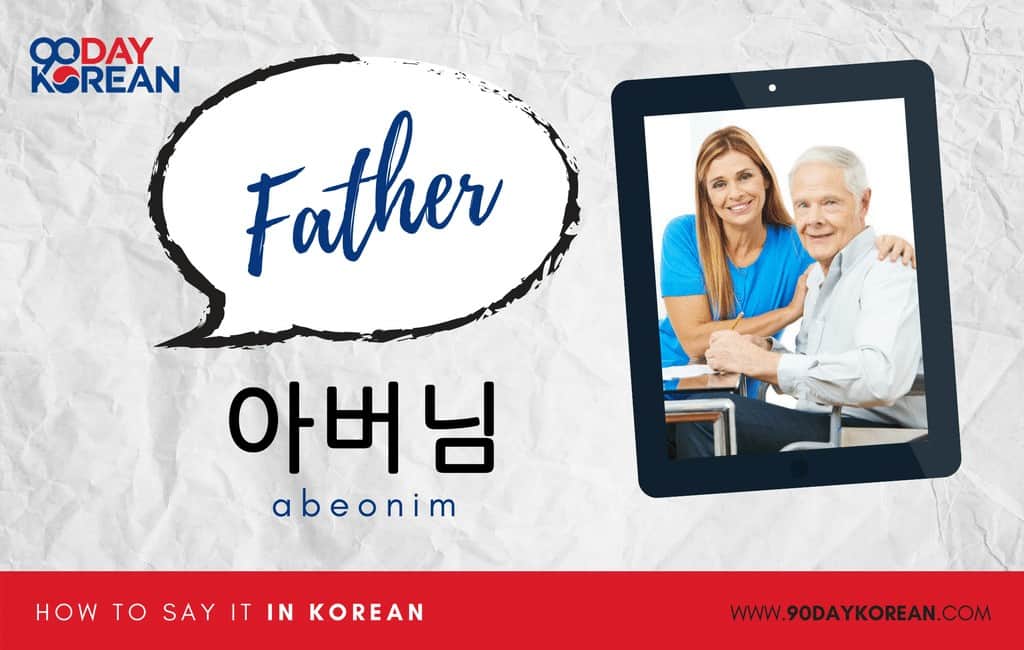 When referring to other people’s fathers, it is best to be polite and use the word 아버님 (abeonim).

My father reached the age of sixty this year.

The standard word for “father” in Korean is 아버지 (abeoji). You can use this word when talking about your own father, but instead of saying “my father,” you should say “our father,” which is 우리 아버지 (uri abeoji) in Korean. 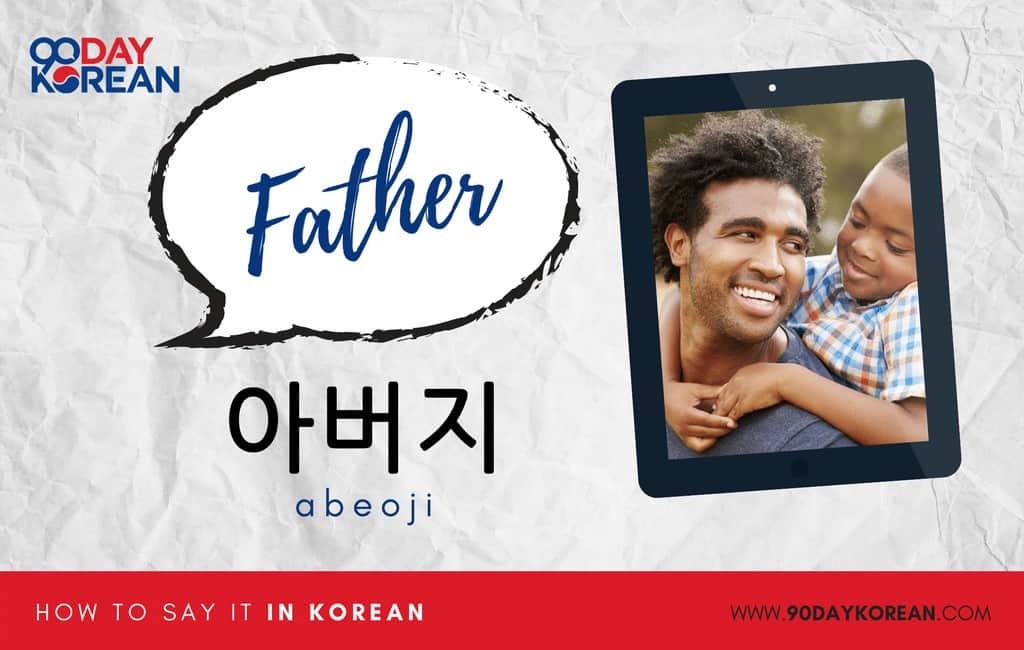 It is a wise father that knows his own child.

The informal way to say “father” in Korean is 아빠 (appa).

Remember to use the word 우리 (uri), meaning “our,” instead of the word “my” when talking about your dad.

Using the word 우리 (uri) for “my” is a special cultural nuance that you’ll definitely need to know when learning Korean or if you plan to come to Korea. It also appears in K-dramas and Korean movies quite often. 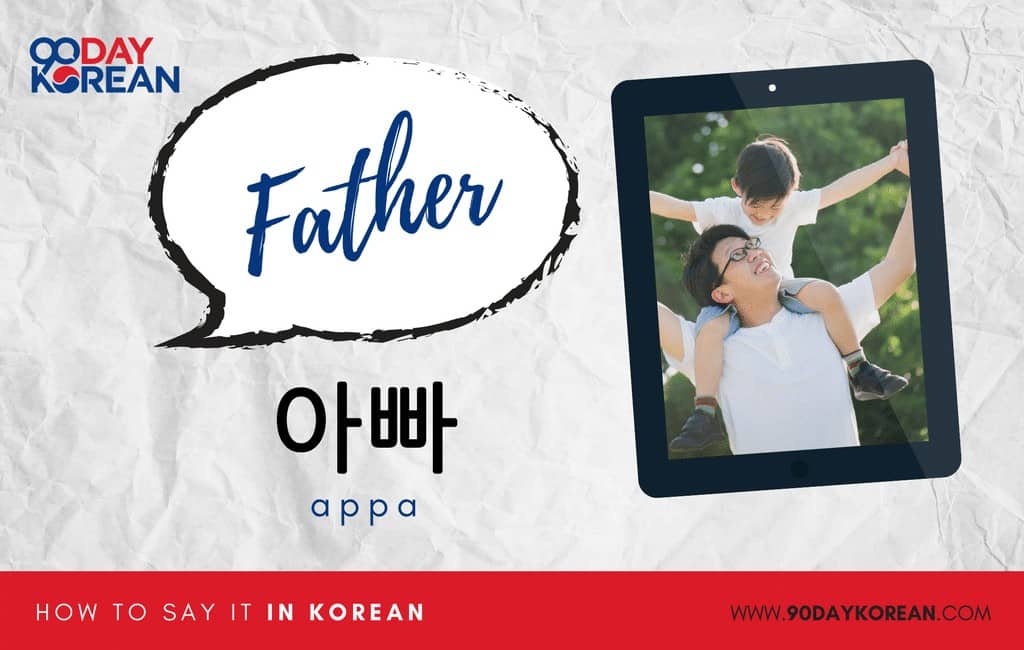 The word 아빠 (appa) has a similar meaning to “dad” in English. This should only be used to refer to your own dad.

Dad says not to tell you.

Romanization is used throughout this article, but while it may be helpful for the beginner, it is best to try and wean yourself off it as soon as possible. The Korean alphabet, known as Hangeul, is very simple and easy to learn; it can be learned in about one hour!

Once you learn it, you can pick up new words more easily and improve your pronunciation, not to mention being able to read menus, street signs, and so forth. This will save you a lot of study time in the long run, so what are you waiting for, learn Hangeul today!

Learning vocabulary words is a great way to help you learn the basics of a language, but your language learning will only really take off once you start attempting to have conversations in Korean. Take a look at our free list of Korean phrases or our full Korean course for all the help you will need when studying Korean.

Now that you know how to say “father” in Korean, you can start asking your Korean friends about their families and learn more about family life in Korea!

8 replies to "How to Say “Father” in Korean"