How To Say ‘Military’ In Korean

Did you know, in Korea, every man is expected to complete their 2-year military service by the age of 30?

If you are interested in knowing more, we have a separate article about Military Service in South Korea.

Let’s get to learning how to say “military” in Korean.

The main word for how to say ‘military’ in Korean is 군사 (gunsa).

However, the word that is more often used to say ‘military’ in Korean is actually 군대 (gundae) – this is the word to use especially when referring to the mandatory military service that all Korean men have to complete.

These are all great words to know, along with the common Korean words that you should learn first.

After you’ve familiarized yourself with Hangeul, life in Korea will suddenly seem so much easier and the country won’t appear so foreign for you. So, if you’re serious about learning Korean, why not learn Hangeul today? Check out this article for a free guide on how to do it while you have your next cup of coffee. 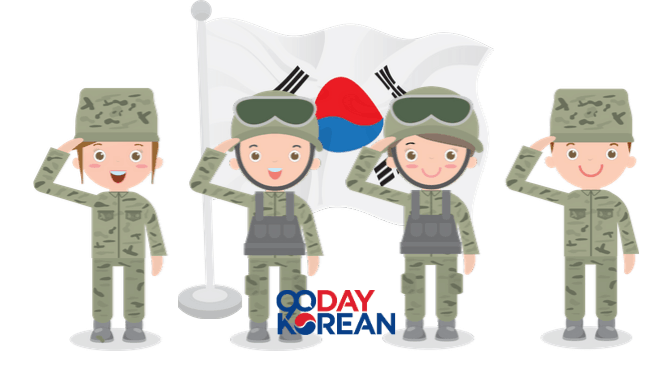 3. 저는 직업군인이에요. → I am a professional soldier.

1. 내 군대생활이 너무 힘들어서 다시 그거에 대해서 생각도 하고 싶지 않아. → My time at the military was so hard I do not want to even think about it again.

If you’re interested in learning more about the Korean language and culture, such as the Korean age or its national flag, head over to our blog for lots of excellent resources.

6 replies to "How To Say ‘Military’ In Korean"