How to Say ‘Street Food’ in Korean

Sometimes the munchies might hit you when you’re out and about with no chance to sit down and eat. Luckily, South Korea has some amazing street food!

We’ll show you how to say “street food” in Korean.

In addition, we’ll give some example uses, as well as fun ways to remember the term. 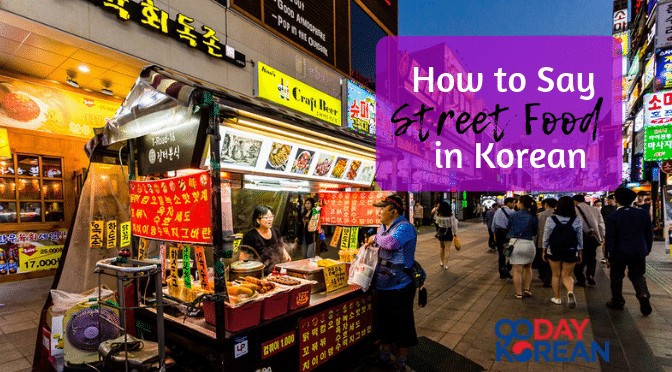 This lesson is written in both English and Hangul (the Korean Alphabet). You don’t need to know Hangeul to learn the words in this lesson, but it will definitely make learning Korean easier and faster.

You can learn the Korean alphabet here in about 1 hour using fun stories and associations.

The word for how to say street food in Korean is 길거리 음식 (gilgeori eumsik). You may have already learned in our other lessons that the word 길거리 (gilgeori) means “street” in Korean, while the word 음식 (eumsik) means “food.” So the word in Korean, just like in English, is formed by simply combining these two words into one.

If you’re excited to try all the wonderful Korean street food there is to offer, but don’t know where to begin, then check out our picks for some of the best street food in Korea.

How to Remember “Street Food” in Korean

To remember the phrase 길거리 음식 (gilgeori eumsik) we’ll create an association with a story in English. This will aid in recall when we need to remember it.

If you’ve read our guide for how to say ‘street’ in Korean then you’ll know our associations for 길 (gil) and 거리 (geori) are fish gills and goalie which we can use in this association. Imagine that the goalie is guarding some fish gill street food on the street.

For 음식 (eumsik | food) we’ll use a phrase that sounds similar. It kind of sounds like I’m sick so we’ll go with that (associations don’t have to be exact, they just have to be easy enough that they help you remember the target word or phrase).

“I wanted to try Korean Street Food but the gill goalie kept fighting with me and now I’m sick.” (길거리 음식 | gilgeori eumsik)

Creating a vivid image of this story (especially if it looks very ridiculous to you) will help you recall it even better since strange and unusual things are easier for our brains to remember.

What associations did you come up with? Let us know in the comments below!

Korean cities sure have plenty of great street food going on! The term “street food” means “food that is sold from the side of the road.”  It’s cheap, it gets done fast, and while it’s simple, it’s also surprisingly filling.

You might even want to substitute a regular meal just to taste the different street foods available in areas like Myeongdong or Gangnam in Seoul. If you’re feeling a bit more adventurous, you can also try out some weird yet delicious Korean dishes!

Since you know how to say “street food” in Korea, make sure you get out and use it. If you’re living or traveling in Korea, you might try asking some questions using some common phrases. Use these phrases along with the Korean word for street food and ask the locals for their recommendations of the best street food. 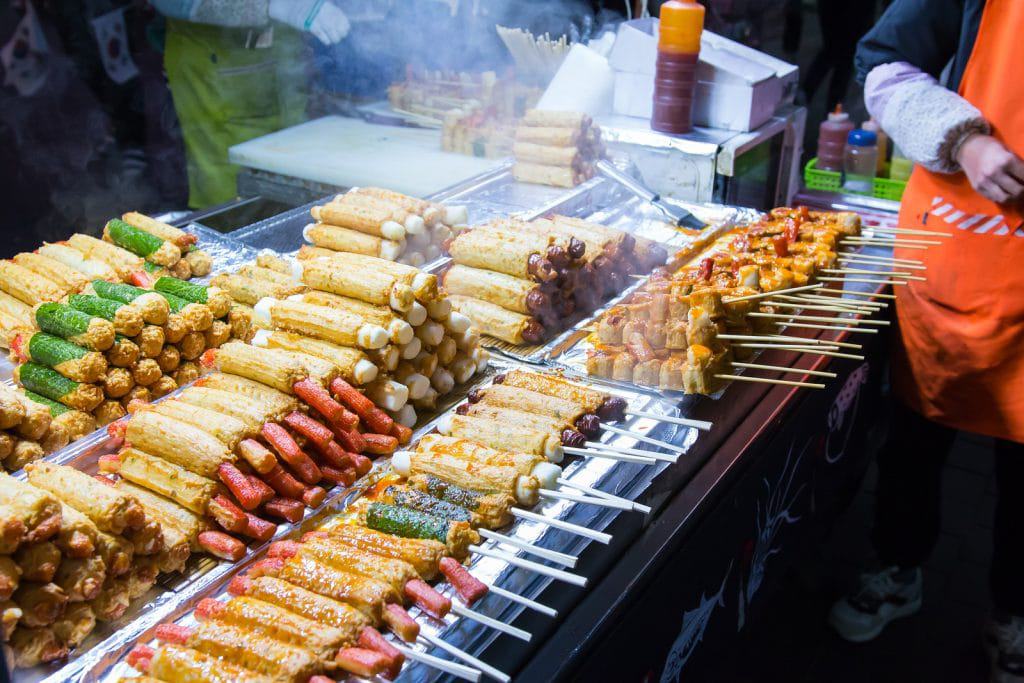 What kind of street food does Korea have?

Have you tried traditional Korean street food yet?

Where in Seoul can I have the most delicious street food?

What is your favorite street food?

So what Korean street food will you try first? What’s your favorite? Do you know other important Korean words for getting street food? Let us know in the comments below!