How to Say “Water” in Korean

Learning how to say “water” in Korean is extremely useful.

In this quick lesson, we’ll give you ways to memorize the new vocabulary word and start recognizing it in sentences. You will also be able to ask for water in a restaurant. 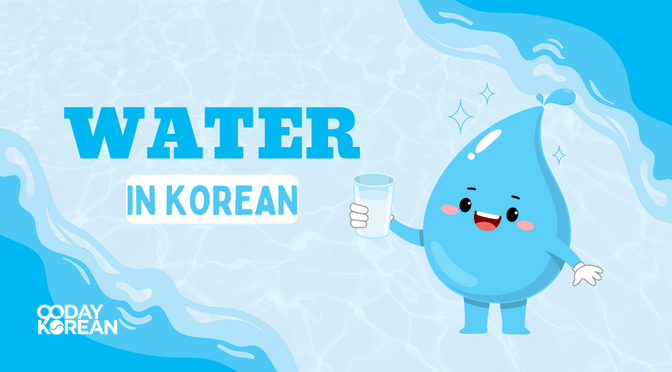 We’ll also give you some examples so you can put them to use right away. Let’s do it!

The word for “water” in Korean is 물 (mul). Below is how it is written in Korean and its romanized version.

This is one of the first words many people learn in Korean. And rightfully so, as it’s part of the most commonly used Korean nouns.

You’re likely to hear it if you watch K-Dramas, have an interest in Korean culture, or are living in Korea. 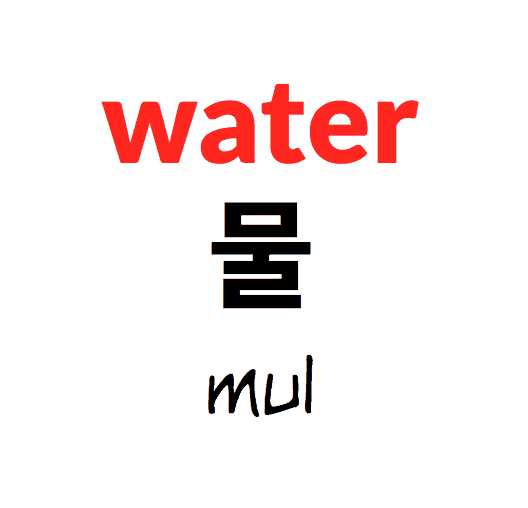 It is very short and easy to learn. You can use this word when asking for a drink of water. It is also used as a building block for some other words, such as 물고기 (mulgogi), which means “fish,” combined with the Korean word for “meat” which is  고기 (gogi). This can be literally translated as “water meat.”

Another building block that means water is 수 (su). It is based on the Chinese character for water, 水.

You should drink lots of water.

I will pour the water.

I want to drink water.

Words Related to “Water” in Korean

Next, let’s learn some words related to “water” in Korean! These are other words you may wish to add to your lexicon as you continue to study Korean.

The word for “ocean” in Korean is 바다 (bada). Here’s a sample sentence which uses both “ocean” and “water” in Korean.

There is a lot of water in the ocean.

Water is a common form of liquid. In Korean, you can say “liquid” as 액체 (aekche).

If you’re specifically referring to “tap water” in Korean, you can use the word 수돗물 (sudonmul).

The term for “mineral water” in Korean is 생수 (saengsu). You’ll notice that it doesn’t have the word 물 (mul) in it.

Instead, it uses the other word for water which is 수 (su).

How to Say “Give Me Water” in Korean

Now that you’ve learned how to say “water” in Korean, you’re ready to step things up! Let’s learn the way to ask for a cup of water, for example, when you’re in a restaurant or at a friend’s house:

Literally: “water one cup give me, please”

Give me a cup of water, please. 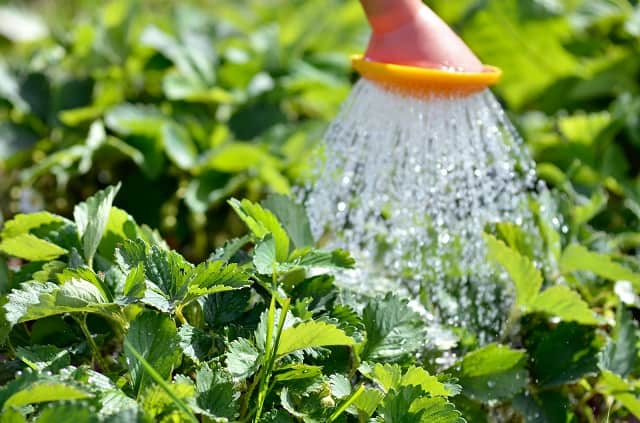 How to Remember the Word “Water” in Korean

This word’s short and sweet, but like any word in a foreign language, it can be easy to forget when you’re just starting. That is unless you anchor it to something in your mind. We recommend making associations to help new Korean words stick in your memory.

If you’re a visual learner, a wacky image in your head usually does the trick! You can use similar sounding words in your native language to help you recall the word when you need it.

As an example, have you ever heard the parable about the mule who is equal distances away from a bucket of food and a trough of water? He ends up dying because he keeps looking to either side and can’t make up his mind about which to walk to first, so he ends up dying of thirst.

The mule just needed some 물 (mul)! If he just drank the water first, he would have survived, and then he could have gone and eaten the food as well. What a fool! The mule was a fool because he didn’t drink the 물 (mul)!

If you have noticed, we’ve written the romanized text below the Korean (mul) to aid with pronunciation for beginners, and it’s great for doing just that!

But our recommendation is to skip romanization entirely and just learn to read Hangul, the Korean alphabet. It leads to fewer confusions and mistakes, there is only one system (unlike romanization), and the best part is, it only takes 90 minutes at the most!

Once you’ve learned this word, we also recommend you start to focus on learning phrases and sentences as opposed to single Korean vocabulary words. The rest of this lesson will help! A common mistake new learners make is memorizing lists of vocabulary words and feeling like they’re making progress in a language.

When faced with a conversation or question, however, these learners will not be able to utter a word of Korean. The solution: learn Korean grammar or study Korean phrases and full sentences to get a feel for the rules of the language (go here for some background). You’ll notice much faster progress that way!

There you go, you can’t forget this word now!

That does it for this quick lesson. Time to grab a glass of water and sit back and relax. Let us know your success stories in the comments below.

And if you like this lesson, go here to get more fantastic resources for learning the language.