This article will teach you how to say “eat” in Korean so that you can start enjoying all of the country’s awesome food.

This word is extremely important. Not only will it help you understand the language better, but it will give you insights into Korean culture. 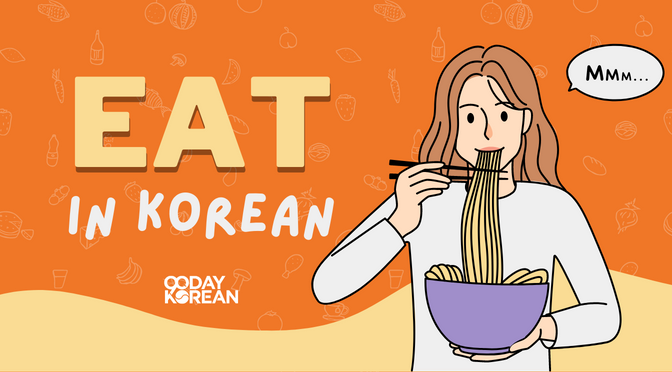 This word is embedded into the social hierarchy through special words and unique phrases. You’re bound to hear these phrases in Korean songs, Korean movies, Korean dramas, and variety shows. You’re guaranteed to hear it when hanging out with Korean friends.

Rest assured, it’s easy if you have the right explanation. We’ll tell you what you need to know!

Like many of the most common Korean verbs, there are actually two different verbs that mean “to eat” in Korean. One of these is used in normal situations, and the other is used when referring to your elders or seniors. It is important to use these words correctly if you want to be polite in Korea.

Below, we’ll give you the words in both Hangeul (Korean Alphabet) and in romanized English. There are also some examples if you want to improve your Korean sentence skills. 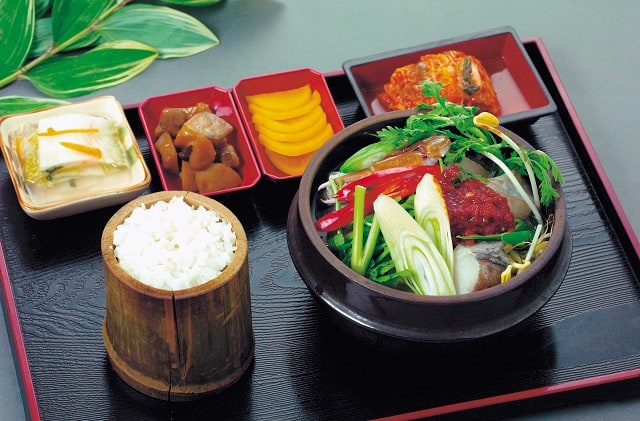 “To eat” in Korean (Standard)

먹다 (meokda) is the standard verb for “to eat” in Korean. It is used when referring to yourself (I want to eat, I ate, etc.) or when referring to people of the same age or younger than you. This verb is extremely useful and should be part of the basic Korean words that you learn first.

“To eat” in Korean (Formal)

This is the honorific form of the verb “to eat” in Korean. The actual dictionary word is 들다 (deulda), but as it is always used with 시 (si), you will often see it as 드시다 (deusida). It is also easier to remember 드시다 (deusida) if you want to use it correctly, especially as 들다 (deulda) has 103 other meanings in Korean.

You should use this word when referring to somebody older than you. It is also commonly used when asking questions (“Do you want to eat?”) or giving commands (“Eat this”) to people who you don’t know well.

There is actually a third verb for “to eat,” which is 잡수시다 (japsusida), but this is used less frequently than 드시다 (deusida).

How to say “eat” in Korean

Now, let’s head on to learning the Korean word for “eat.”. There are different ways to say this word depending on formality, as we have categorized below.

Below are two ways to say “eat” in Korean in a formal way. You can use formal language when giving a presentation, making an announcement, or in a job interview. The verb you should use depends on whether you are talking about yourself or somebody older than you.

We feast on rice cake soup on the Lunar New Year. 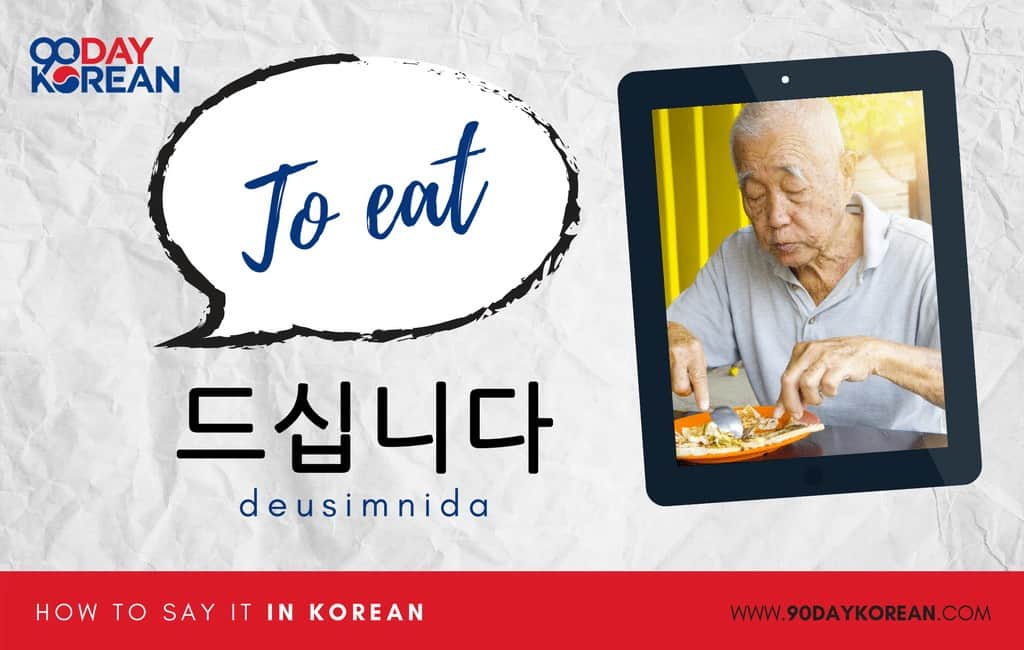 The standard form of Korean is used when talking to people of a similar age who you are not really close with.

You can say 먹어요 (meogeoyo) to express “eat” in Korean if you’re speaking with people of the same age or those who are younger than you. This can also be used if you’re referring to yourself.

If you want to ask a question or ask somebody to do something (or if you are referring to somebody a lot older than you), then you should use the 드세요 (deuseyo) form of the verb “to eat.”

Try this food and see if you like it.

This video shows How to Say “Let’s Eat” in Korean

Romanization is a useful tool for the complete beginner, but if you want to improve your Korean fast, then it is best to learn Hangeul. Hangeul, the Korean alphabet, allows you to learn new words while walking down the street or riding the subway, improves your pronunciation, and helps you identify similar parts of words, which makes memorization easier. You can learn how to read Hangeul in less than two hours on this very site.

Check out our free list of Korean phrases here, or go here for our how-to guide for learning Korean.

Now that you know how to say “eat” in Korean go out and enjoy some great Korean food. If you’re interested in learning more food vocabulary, we have a separate article about Food in Korean. We hope you can eat your way to Korean fluency, one word at a time!