Squid Game – Everything you should know about this Korean Series

If you’ve read the news or been on social media at all lately, “Squid Game” might already sound familiar to you. The name itself can already get someone curious, so what is this Korean hit series all about? 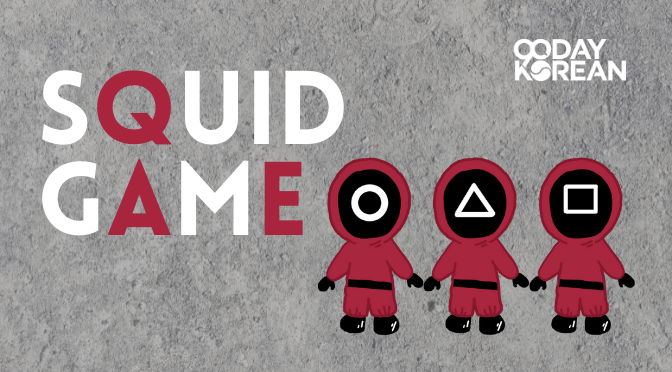 In this article, we will explain to you the plot of the TV show and how it relates to real life in Korea, especially regarding the children’s games played in it. Let’s see what this much-gushed Korean series is all about!

Here’s a PDF version of this article that you can download:

What is Squid Game about?

Squid Game is a Netflix series directed by director Hwang Dong Hyuk. This is a nine-episode series that tells the story of people who were invited to play games, specifically a big survival game (like Hunger Games) disguised as children’s games, and compete for cash in desperate need of money.

Cash-strapped players accept a strange invitation, and they were eventually picked up and brought to an unknown location. A total of 456 players, with the main character Seung Gi Hun as the last player, initially entered the competition.

The first episode out of the nine episodes ends with the majority of the players in the game voting to stop the game, and they initially return to their old lives. However, due to the same circumstances, the desperate Gi Hun agrees to enter the game again, along with most players who ended up volunteering to go back to finish the game properly in hopes that they will win the tempting prize.

What is “Squid Game” in Korean?

The Korean title for Squid Game is 오징어 게임 (Ojingeo Geim) which literally translates to the words “squid” and “game.”

Why is it called “Squid Game?”

The show explains that the name “Squid game” comes from one of the popular children’s games played in the neighborhood of the lead character, Seong Gi-hun (played by actor Lee Jung Jae) when he was young. It is played on a squid-shaped court, with the idea of the game being similar to the Western children’s games tag and Red Rover.

How many episodes of Squid Game are there?

There is a total of nine episodes in Squid Game that covers one season.

The first episode was globally released on Netflix on September 17, 2021.

While Squid Game is not a true story, its creators did draw inspiration from real life in Korea and elsewhere. Notable points were the poor state of the Korean economy back in 2008 and Donald Trump’s presidency.

Each player’s life was worth 100 million won. Multiply this by 456 players, and the total amount that the winner gets is 45.6 billion won which is equivalent to about $38 million USD. However, they quickly realized that winning the “easy money” of 45.6 billion won actually has deadly high stakes.

A couple of different games are played in the series, all of which are actual children’s games played in Korea. 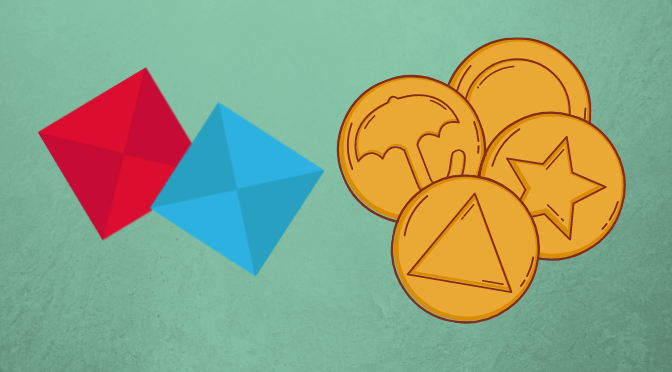 Firstly, Squid Game begins – and also ends – with the main character Seong Gi-hun (Lee Jung Jae), being approached by a stranger (played by Korean actor Gong Yoo) at a subway station, challenging him to a game of 딱지 (ttakji). In this game, a round of “rock, scissor, paper” will denote which player will get to go first.

The first official game once the participants have entered Squid Game is a game similar to “Red Light, Green Light.” This is how this game is known internationally, but it has a different word in Korean.

The Korean version of the game differs slightly, as instead of yelling out red light or green light, the “it” player will sing “무궁화꽃이 피었습니다 (mugunghwakkochi pieotseumnida).”

The Squid Game doll’s name is 영희 (Younghee). If you’ve heard about this hit series or seen clips of it online, one of the most iconic parts is this game where the “Squid Game doll” chants the “Mugunghwa Flower Has Bloomed” song. This song is about the national flower of South Korea, the hibiscus syriacus.

The doll appears to be a giant robot doll that detects movements from the cash-strapped players when it’s already “red light” and when they’re not supposed to move. If you’d think of the series, this doll most likely will be the first one to come to mind!

The first game the participants play once they voluntarily come back to the game is known as Dalgona Challenge – or Ppopgi (뽑기). In this game, each player is given their own honeycomb-like treat, with a figure drawn in, and they are supposed to get the figure out of the treat without breaking it.

The third game challenges each team’s strength and wit. It is another children’s game played all around the world, Tug of War. In Korean, the game is called juldarigi (줄다리기). Gi Hun’s team strategically won this game too!

The fourth game was played with marbles. This time, the players get to choose which game that features marbles; specifically, they want to play, as there are multiple children’s games played with marbles in South Korea. The purpose of any of these games is to collect all of the opponent’s marbles.

The fifth game features a glass bridge and is the only game in the drama that is not an existing game. However, due to the popularity of Korean drama, it is possible to play a version of it online. Try googling “Squid Game, Glass Game,” for example, to find a version of it.

The final round presents another game which is a cruel version of the children’s game Squid Game, known in Korea as 오징어 게임 (Ojingeo Geim). This physically aggressive childhood game requires a big space, like a schoolyard, so that the shape of a squid can be drawn on it.

Typically it’s played in two teams. The offense will start the game from the squid’s head, while the defense will be in the squid’s body.

The game starts with the offense team hopping on one foot from the head to the middle point. From there, they have two options to win: they either hop from one side of the center point to another, without the defense managing to disqualify them, or they can hop to the bottom of the squid’s body and try to “combat” past the defense to reach back to the head of the squid.

How many players were in Squid Game?

There are 456 players in total invited to participate in the game.

Although there were a lot of them at the start of the game, the show focused more on these players.

Is Squid Game a real game in Korea?

Yes, it is! Squid Game is actually a real game played in Korea. The rules of the real-life game are the same as how it was portrayed in the first part of the show. The players of the game are typically children or elementary school-aged boys.

Why should you watch Squid Game?

This popular series quickly reached the number 1 watched show on Netflix all around the world upon release. In fact, it only took the Netflix series four days to reach the spot. There’s even the possibility that this will become Netflix’s most-watched show altogether thus far, and it’s certainly grown to be one of its biggest series launches, completely by surprise.

The series is this popular and talked about this much in the media for a reason, so it’s certainly worth being watched by you as well. Here are some highlights on why you could possibly like this series.

If you’re interested in a well-done thriller and don’t get squeamish easily, this will be a great watch for you. Similarly, if you enjoy watching movies like Hunger Games, a survival game movie, or Battle Royale, you’ll love this!

While the games may be more horrifying than entertaining, the characters are incredibly compelling, with heartbreaking stories. It’ll be easy to root for a few of them and thus get emotionally attached to the series. Not to mention, the series feels highly addicting – and will keep you at the edge of your seat until the end of the finale!

The main characters all get a fleshed-out back story that explains their drive to win and has us cheering them on. But the game runners – so, technically, the villains – aren’t left without their own backstory, either.

It’s not your usual plot

Before you watch the TV series, do know that it is quite dark in the subject matter. And, yes, also quite bloody. So as popular as the show may be, it is also not for everyone. It’s certainly a horror show due to its violence and the terrible choices it forces the players to make; it’s undeniable it’s also a deep and thought-provoking drama.

Both of these qualities have been masterfully intertwined together. So, if you can give it a try, we highly recommend the series.

As the show became popular worldwide, lots of Squid Game-related memes also surfaced online. These memes or references to the show can be quite entertaining, and you’ll most likely see them everywhere. So if you don’t want to miss out on the fun, you can start watching too!

Above all else, watching this series can also offer you some interesting perspectives on Korean society and life in Korea. Not only will you learn about the games that children play in Korea, but you’ll also learn more about their culture. Plus, it’s always a great lesson in the Korean language!

If you got interested in learning Korean as you watched the series, our structured online course can help. You’ll also be a part of a supportive community of other Korean learners who might be interested in Squid Game too!

How can you watch Squid Game online?

All you need to watch “Squid Game” online is a Netflix account! Alternatively, if you don’t have an account yourself, why not put together a series marathon with a friend who does have Netflix and might be interested in watching?

The show will be fun to watch alone, but perhaps it might be even more enjoyable if you watch and discuss it together with a friend. There is the option to watch the series dubbed in English in certain locations, but for the best experience, we do suggest watching it in the original language, with subtitles turned on!

Is Squid Game getting a Season 2?

If you have finished watching it, you might be craving a second season. There’s a lot of rumor going on about Season 2. The good news is, although there are no well-developed plans yet, it has been confirmed by creator Hwang Dong-hyuk that there will be a second season!

Director Hwang has also previously mentioned in an interview that if he were working on the next season for this series, he wouldn’t do it alone; instead, he wants to work with multiple experienced directors and consider using a writers’ room for it.

Have you already watched Squid Game? What did you think of it? How many of these childhood games were you familiar with? Don’t forget to also read our article on Korean games if you’d like to know more about the types of games played in South Korea! Also, let us know in the comments about similar games that are played in your own country!