“Who” in Korean – Various ways to use this word

Next in our series of deep diving into Korean question words is about “who” in Korean. 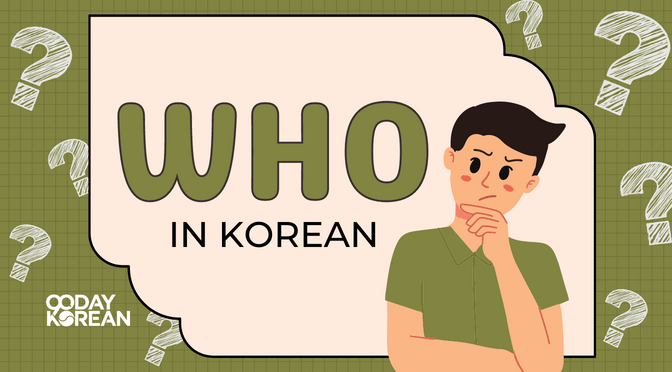 So, how do you say “who” in Korean, and how is it used in action? This is what we’re going to learn today! It’s another important piece of the Korean vocabulary to learn in order to communicate naturally and effectively, so you will not want to miss out on this lesson.

How to say “Who” in Korean?

There are a few different ways in which the term “who” is used in the Korean language. Besides working as a simple question word, you can also use it in indirect questions in Korean as well as in other types of sentences. It can be both a subject and an object within a sentence.

Overall, there are about six different ways in which you can say “who” in Korean.

How to pronounce “Who” in Korean?

You can use romanization as you start to learn its pronunciation. However, remember that romanizations, while useful, are not always entirely accurate. Therefore, if you haven’t yet, now is a great time to be familiar with these Korean letters and learn the Korean alphabet as well as the rules for Korean pronunciation.

When and how to use “who” in Korean sentences

Below we will introduce you to the different versions of the word “who.” That will also make it more clear to you when and how you can use it in a sentence.

Most often, it is the first word in a sentence, but it is also possible to place it elsewhere, depending on what you are saying. Note, though, that it’s hardly ever the last word of a sentence.

The basic term for “who” in Korean is 누구 (nugu). In Korean questions, such as “who are you,” it can be applied as is, but otherwise, you may need to use a suffix with the word. Later in our lesson, we will go over how to use the word “who.”

As we’ve mentioned above, “who” in Korean can be both a subject and an object of a sentence.

“Who” in Korean as a subject

In the case it is the subject of a sentence, you can say “who” in Korean as 누가 (nuga).

This is the shortened form of 누구가 (nuguga), which is not actively used. As you know from basic grammar lessons, the subject of the sentence marks who or what is doing the action in the sentence.

“Who” in Korean as an object

And when it is the object of a sentence, you can say it as 누구를 (nugureul).

When using who as an object, make sure that it is followed by a verb that can have a direct object. This is because the verb of the sentence is what affects the object, and in the case of a “who” sentence or question, it needs to do so directly. Other verbs or terms will not do.

To further illustrate, here are some sentence examples for you to look at.

Who is coming to our home today? 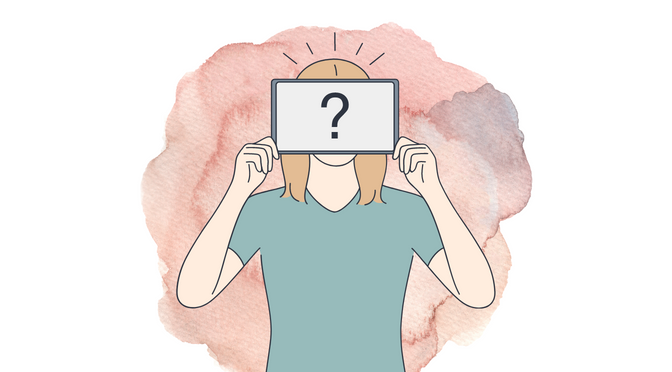 “To Whom” in Korean

The way to say “to whom” in the Korean language is 누구에게 (nuguege). This is the form that you will use in written language.

However, when you are using spoken language, you may say it as 누구한테 (nuguhante).

Also, when you translate your Korean words into English, in the case of “to whom,” it often translates as “who” only. This is because “to whom” is mostly used in the meaning of giving someone something. Here are some example sentences to further learn from:

Who (to whom) did you tell my secret to?

Who (to whom) could I offer my help to?

“From who” in Korean

If you already know how to say the above, it may be easy for you to remember how to change the grammar when speaking about “from who.” After all, all you need to do is add -서 (-seo) to the word to change it from “to whom” to “from who.”

Here are some example sentences to further illustrate how to use them. As with “to whom,” the same translation rules also apply.

From whom/Who did you receive this gift (from)?

From whom/Who did you receive that news (from)?

When you want to say “whose” in the Korean language, you are talking about someone possessing something. Thus you need to combine the term 누구 (nugu) with the possessive particle 의 (ui). You’ll form the word 누구의 (nuguui).

When using it in action, you can either combine it with the Korean word 것 (geot), which means “thing,” or with any noun that can be a possession. Here are some sample sentences:

Whose shoes are these?

Whose stuff is that?

“Who are you?” in Korean

When asking “Who are you?” in the Korean language, you are most likely to use formal language or even honorifics. Therefore, usually, you can simply say 누구세요? (nuguseyo?).

On occasion, you may also want to phrase it as 누구입니까? (nuguimnikka?), if you want to be extremely formal.

And, with your close friends or those much younger than you, it’s possible to also speak informally by saying 누구야? (nuguya?).

However, again, in the case of the informal sentence, you are likely using the sentence “who are you?” in a different context than what it traditionally means.

And there you have it! You’ll no longer have a hard time asking someone who they are. To make asking questions easier, we also have full articles on the rest of the question words in Korean. You can find the resources here:

If you’re not quite ready to stop yet, perhaps you’d like to start learning Korean time expressions next.